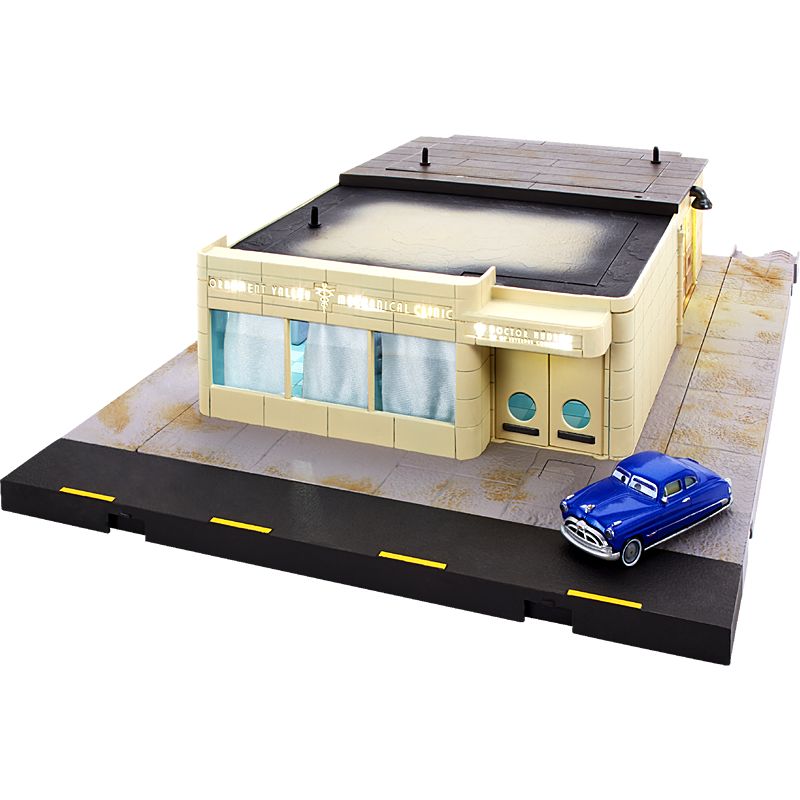 For collectors of the Cars Precision Series, life could be a nightmare if the newest entry in the series doesn’t sell 3,000 units before May 21st.

Mattel has moved the series to a backer-based system with its newest model, Doc Hudson’s Ornament Valley Mechanical Clinic Playset. The series consists of detailed, 1:55 scale models of Radiator Springs, with buildings including Flo’s V8 Cafe, Fillmore’s Taste-In, and Luigi’s Casa Della Tires. The set is currently selling pre-orders here, but it must have a minimum of 3,000 backers in order to go into production. As of the writing of this article, the set only has 610 backers, and the campaign ends Tuesday, May 21st. The set costs $129.99.

Become a backer of the Doc’s Clinic Campaign and make the next entry in the Disney and Pixar Cars Precision Series a reality! This Radiator Springs set includes premium features, true-to-movie play areas, lights that glow in multiple modes, and an exclusive 1:55 scale die-cast Doc Hudson vehicle.

Here’s a look at some of the features:

Here are some more photos, showing off the incredible detail the set has:

Sometimes, you have to turn right in order to turn left, and the Fabulous Hudson Hornet knows that.

These wrenches and other repair tools show just how committed the series is to perfectly capturing every detail of Radiator Springs.

It honestly looks like you could walk right in and star in your own Cars adventure! (Though I wouldn’t, unless you’re 1:55 scale.)

The series has been on display in Sarge’s Surplus Hut at Cars Land in Disney California Adventure for years, showing off the complete set of buildings. Guests can also purchase series sets at the shop.

Doc Hudson’s clinic has been part of the set, though it’s very likely that particular playset was a placeholder until the actual playset was manufactured, given that it lights up differently than the one being sold.

As of this writing of this article, the only Precision Series playset for sale at Sarge’s Surplus Hut is Ramone’s House of Body Art, and the only vehicle on sale is Red. The Ramone’s playset sells for $124.99, and Red sells for $19.99.

Should the playset fail to get 3,000 backers, all orders will be cancelled and the set will not be produced, likely signalling the end of the Cars Precision Series. So if you want to help save this collection and get it across the finish line, speed over to this link now and become a backer!