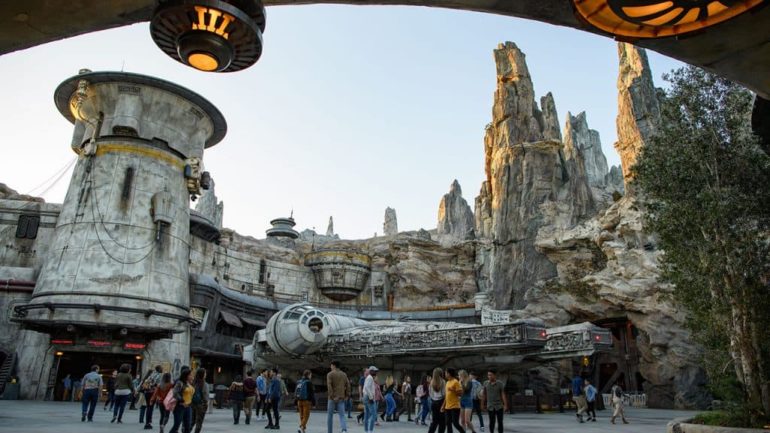 Disney has just released a special inside look at the finally open, and epic completed Star Wars: Galaxy’s Edge land. Check out their full video and announcement below!

At more than 14 acres, Star Wars: Galaxy’s Edge is the largest single-themed land in Disney Parks history, packed with immersive storytelling that allows you to live your own Star Wars adventure.

Get ready to be transported to a galaxy far, far away in Star Wars: Galaxy’s Edge, on a journey to Batuu, the newest location in a story that began in 1977 with the first Star Wars film. You will become part of the story as you sample galactic food and beverages, enter an intriguing collection of merchant shops and take the controls of the most famous ship in the galaxy aboard Millennium Falcon: Smugglers Run.

Live your own Star Wars adventure when the epic new land opens May 31 at Disneyland park in California and Aug. 29 at Disney’s Hollywood Studios in Florida.*