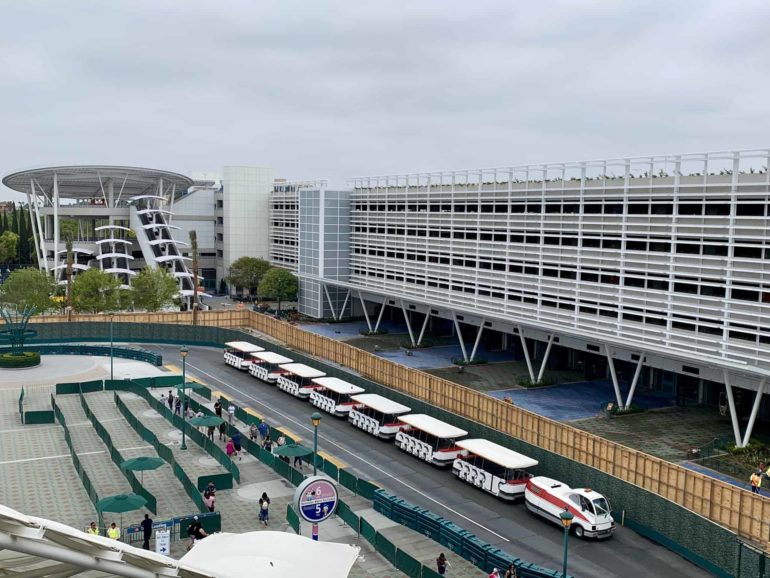 Pixar Pals Parking Structure Will Not Be Open for the June 24 Opening of Star Wars: Galaxy’s Edge at Disneyland

The Pixar Pals parking structure at Disneyland will not be open for the June 24th full opening of Star Wars: Galaxy’s Edge. This is according to the Orange Country Register which states the parking structure will open “by the end of June”.

Previously it was reported that the parking structure would open on or around June 23, just in time for Galaxy’s Edge. Our reporters recently visited the Pixar Pals parking structure and noted the progress indicated it would likely not be ready to open by June 23.

Also noted in the article was that the recently installed pedestrian bridge will open in mid-September, confirming our reports. The 2,150 additional parking spots in the Toy Story lot are also expected to be open by this time. Toy Story lot will, of course, have metal detectors for guests to pass through before they board the shuttles to Disneyland esplanade.

Stay tuned to WDWNT for any updates on the parking improvements coming to the Disneyland Resort.