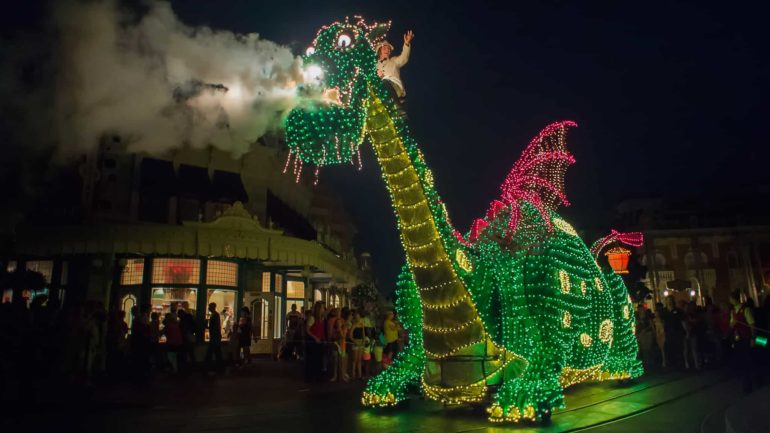 After multiple sightings on social media of trucks carrying floats around the Anaheim area, many began to question whether this signaled the triumphant return of the Main Street Electrical Parade to Disneyland. The fan-favorite parade parade “glowed away” for good on August 20, 2017, but it appears it will be coming back for a limited time.

This limited-time encore engagement is set to begin on Aug. 2 with nightly performances through Sept. 30.

Check out our complete history (well, until 2016) of the Main Street Electrical Parade here! You can also catch the last performance of the parade during its Magic Kingdom days in our full video below: