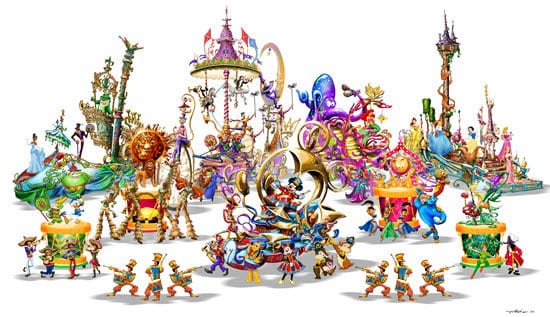 Now is a good time to get in your last views of Disneyland’s long-running Soundsational Parade as this will be its very last year hitting the parade route of Disneyland Park. Come 2020, a new completely new daytime parade will grace Main Street U.S.A. for the first time in nearly 9 years.

Mickey’s Soundsational Parade is expected to conclude its run at the park later this year. The music-inspired procession has been running on-and-off there since the Summer of 2011.

The new parade, tentatively titled “Magic Happens”, will debut by the Spring/Summer of 2020. Rumored floats in the parade include Sorcerer Mickey, Peter Pan, Moana, Frozen, Coco, Cinderella, Princess and the Frog, and even The Sword in the Stone.

Disney has yet to officially announce the new parade, but it is expected that they will do so at the 2019 D23 Expo in August.