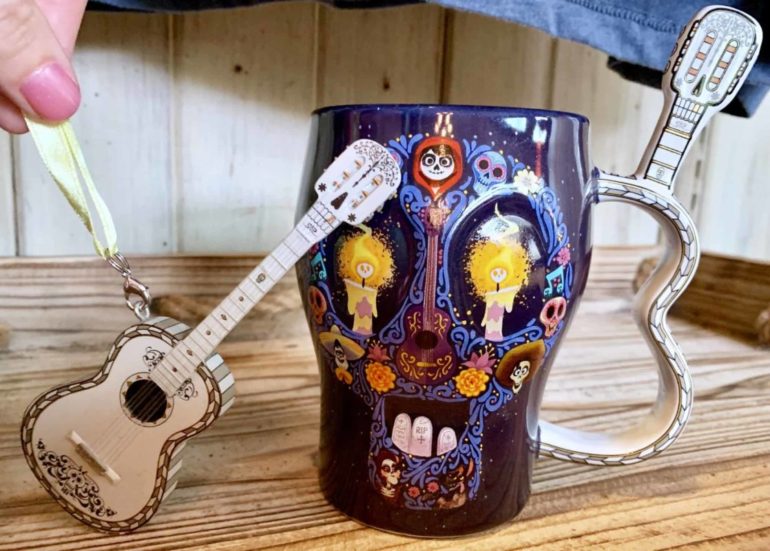 Pixar’s “Coco” was released over a year and a half ago, and Disney Parks are still remembering this film with new merchandise. On our recent trip to Disneyland Resort, we spotted a new mug and ornament on sale at World of Disney in Downtown Disney, as well as various stores throughout both Parks.

This is one of the coolest new mugs we’ve seen in a while. The handle is shaped like Ernesto de la Cruz’s guitar, which adds a whimsical touch. And some of our favorite characters are featured in the Calavera design, like Mama Imeldá, Héctor, and Dante.

It might be June, but that’s not stopping Disney from releasing new ornaments. After all, you can never prepare too early. A few weeks ago, new Ear Hat ornaments and Disney Snacks ornaments were released. And now you can take home an ornament fashioned after the guitar that Ernesto de la Cruz performed with. It’s a perfect mini replica from the film and features the movie’s title logo on the back, along with artwork of Miguel.

We love that more and more “Coco” merchandise is making its way into Disney Parks. Don’t forget to shop the apparel that arrived back in April, too. 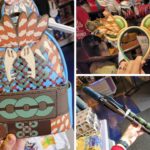