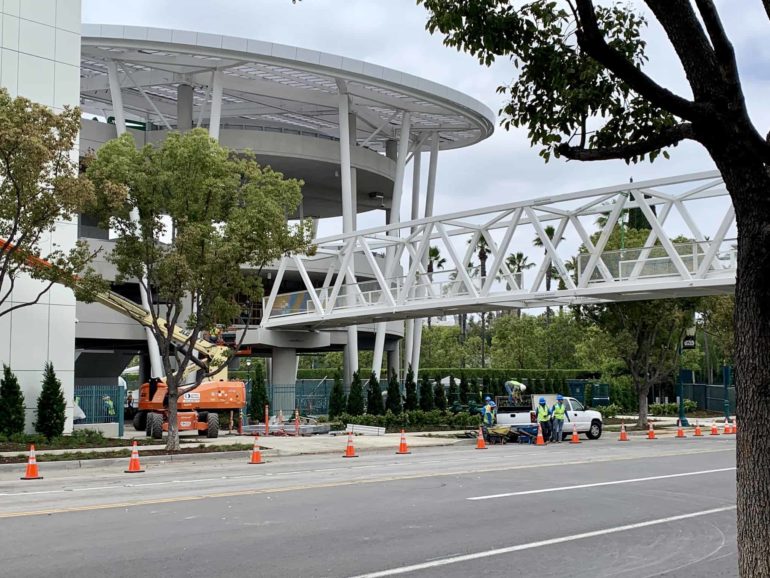 When it comes to construction at the Disneyland Resort, things can move pretty quickly. Something you see one day might be totally different the next. Take Pixar Pals Parking Structure for example. Just yesterday we reported that the pedestrian bridge had been delivered overnight, ready for installation. And just like that, the pedestrian bridge has now been installed at Pixar Pals.

According to Josh D’Amaro (president of Disneyland Resort) on Instagram, the parking deck will be open in a few weeks and the pedestrian bridge will be open September 2019.

If the parking structure does open on June 23, as Investor’s Business Daily reported in May, then it looks like it will not be completely finished when it’s open.

The bridge has been connected to both sides of Magic Way. However, it looks like more support at the connection points will be needed. This bridge is definitely not suitable for walking on just yet.

And the rest of the bridge that goes into Downtown Disney is far from being finished. It’s no wonder the opening of the bridge isn’t expected until September.

Even if the pedestrian bridge won’t be open for a few more months, it’s exciting to see Pixar Pals come together so fast. Are you ready for more parking to become available at the Disneyland Resort?