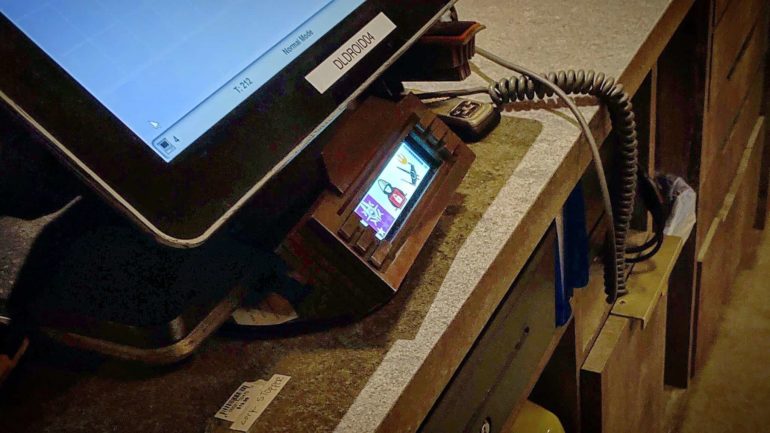 It looks as if the long-promised reputation system promised for Star Wars: Galaxy’s Edge is starting to come to fruition. According to Twitter user @nickytea, Bluetooth reputation scanners have been added to checkout terminals at Galaxy’s Edge.

To enable your interactive "reputation" across #GalaxysEdge, certain shop checkout terminals have a dedicated Bluetooth profile reader and screen to display your rank and achievements from the #PlayDisneyParks Datapad app. pic.twitter.com/i0c0y0ICOa

These “scanners” read the user’s Play Disney Parks app via Bluetooth to see their current reputation. According to the theme of the shop, the information on the scanner will be different. For example, Resistance Supply shows your Resistance rank, First Order Cargo your First Order rank, and Droid Depot your Scoundrel rank.

According to the user, his Millennium Falcon performance was mentioned when he visited Toydarian Traders.

It seems that the information on display is purely reference, so it is up to the Cast Member running the the checkout terminal to use the given information.

Not every checkout terminal has these readers yet, so keep that in mind the next time you visit Galaxy’s Edge at Disneyland.

Stay tuned to WDWNT for updates on the reputation system at Galaxy’s Edge.