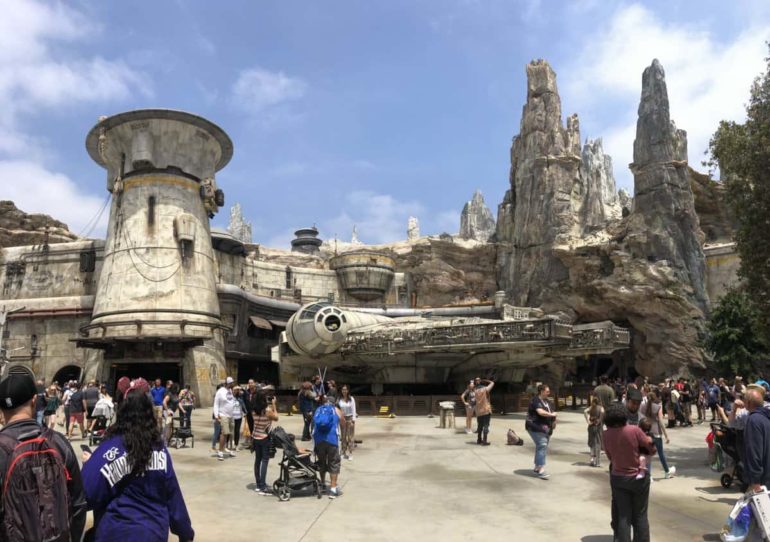 From MagicBands, to My Disney Experience, to intergalactic “Reputation Scanners”, it’s no secret that Disney has the ability to track their guests at all times. While this level of surveillance would be generally frowned upon (if not loudly protested against) if done by any other billion-dollar company, millions of guests each day consent––knowingly or otherwise––to be constantly watched or monitored.

As recently phrased in an original piece by Austin Carr of the Los Angeles Times,

“At a time when Facebook Inc., Alphabet Inc.’s Google and myriad other technology companies are getting hammered over consumer privacy issues, Disney is running the happiest surveillance operation on Earth.”

It’s through the latest technology that they can now see exactly where people are eating, what attractions people are going on, and perhaps most importantly, what franchises and IPs are successful. It’s how they managed to partially open Star Wars: Galaxy’s Edge, almost to a detriment, without a hitch… but at what cost?

Both fiscally and ethically, data-mining on this scale poses a number of issues. How much money is a company willing to spend to track their customers? Where do we draw the line on tracking and collecting information from children? Carr argues that the company essentially gets away with all these things under the guise of innocuous, family-friendly entertainment:

Disney World is the real-world manifestation of a walled garden, a family-friendly environment without a perceived risk of children being exposed to inappropriate content like on YouTube or Twitch. Wired once called this data-driven customer relationship “exactly the type of thing Apple, Facebook and Google are trying to build. Except Disney World isn’t just an app or a phone — it’s both, wrapped in an idealized vision of life that’s as safely self-contained as a snow globe.”

Disney’s parks division is supposedly booming, with operating profits of up to $4.5 billion, an 18% increase from last year. And while it’d be a stretch to call these data-mining tactics Orwellian (or to draw an internal correlation, First Order-like), they don’t exactly give me the warm fuzzies, no matter how cute it is when my name actually pops up on those “it’s a small world” exit screens.

Should people stop wearing MagicBands or utilizing My Disney Experience? Not exactly. Now, should people be more aware, just as with Facebook, that heaps of information are actively being collected about them in order to generate profit? Absolutely.

My main gripe about this method is that despite park maintenance being at an all-time low, the company is funneling millions of dollars into whatever is trending at the time. However, this method of trend-chasing is intrinsically flawed, given consumers’ fleeting tastes and habits these days. In any case, I’ll definitely be using the hashtag #CountryBearJamboree on my social media far more often now. Big Al’s watching.