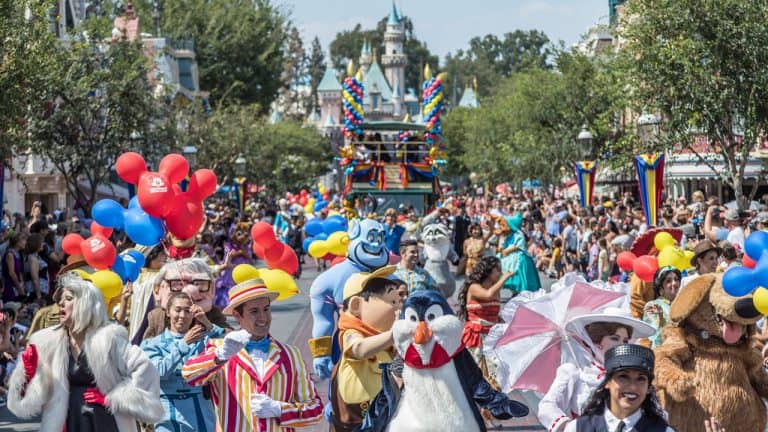 For a very limited time this summer, Mickey Mouse and his friends are joining the world-famous Disneyland Band for special performances of “Mickey and Friends Band-Tastic Cavalcade.”

This delightful procession, featuring live music and a host of favorite Disney characters, takes place twice daily along the parade route at Disneyland park. The march steps off in grand style, complete with colorfully adorned Main Street, U.S.A. vehicles, and continues through the park with stops for special show moments where guests can dance and clap along with their fantastic friends.

Mickey Mouse and Minnie Mouse will be there, along with Donald Duck, Goofy, Pluto and a parade of rarely seen Disney characters. Some of the beloved Disney friends who could appear in the cavalcade from day to day may include Peter Pan and Captain Hook, Genie and Aladdin, King Louie, Terk, Marie and more.

“Mickey and Friends Band-Tastic Cavalcade” starts July 18 at Disneyland Park and only runs through August 1, so come and check it out while you have the chance. And be sure to mark your calendars for August 2 for the limited-time encore engagement of the one-and-only Main Street Electrical Parade!

The official replacement for Soundsational, “Magic Happens” is set to debut in 2020. Rumored floats in the parade include Sorcerer Mickey, Peter Pan, Moana, Frozen, Coco, Cinderella, Princess and the Frog, and even The Sword in the Stone.