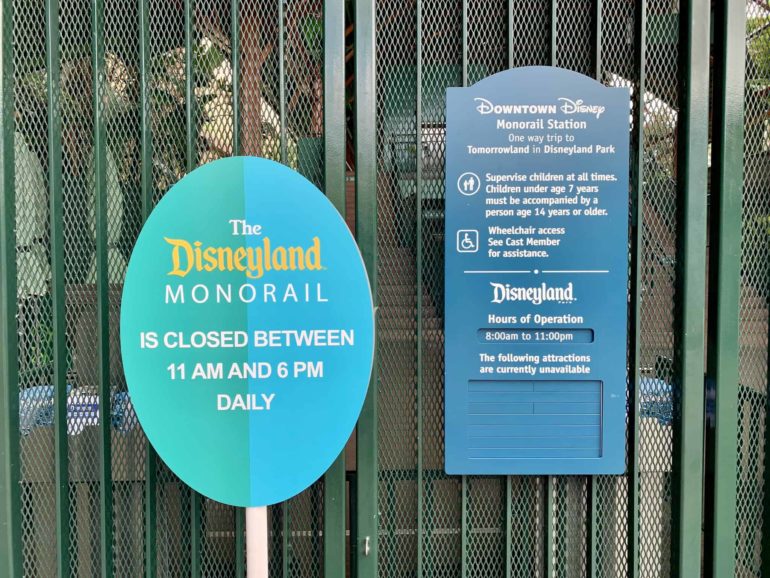 It’s been an interesting summer at the Disneyland Resort. Star Wars: Galaxy’s Edge opened to the public, Disneyland celebrated its 64th birthday, and both Mickey’s Soundsational Parade and Red Car Trolley News Boys came to an end. While crowds have been relatively low for peak season, we’re seeing them start to pick up. And we have sad news for anyone planning to visit for the rest of the summer: the Disneyland Monorail is reducing its operating hours.

While it’s unclear why the hours have been reduced so drastically, it’s bummer that this historic attraction won’t be as readily available for the next couple months. If you’re hoping to catch a ride on the Disneyland Monorail, we recommend trying to catch it early before 11 AM. Otherwise, you’ll have to wait until it reopens at 6 PM.