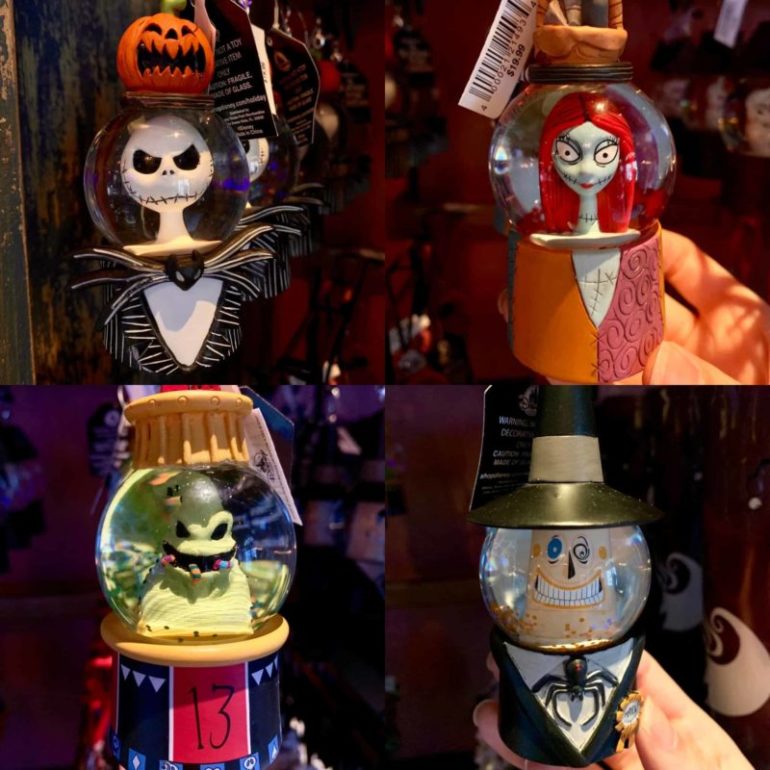 Life’s no fun without a good scare––and a good Christmas ornament. We were filled with ghoulish delight upon spotting these new “The Nightmare Before Christmas” Ornaments in Port Royal Curios and Curiosities in Disneyland.

And what’s this? Why, these ornaments aren’t just regular Christmas ornaments. They’re mini snow globes, too!

The King of Halloween Town wouldn’t be complete without his pumpkin.

We love the nod to Sally’s potion-making skills with the addition of the basket of goodies she made for Jack.

The best ghost pup deserves all the candy canes!

He might be filled with creepies and crawlies, but this Oogie Boogie ornament is probably our favorite.

It’s like this ornament was made for the Mayor of Halloween Town and his two faces.

Last but not least, we have everyone’s favorite trick or treaters in snow globe ornament form.

These new snow globe ornaments have arrived just in time. Not only will Haunted Mansion Holiday be returning to Disneyland this Halloweentime, but Haunted Mansion celebrates its 50th anniversary next month. We’re in for quite the scare at Disneyland Park in the coming months.