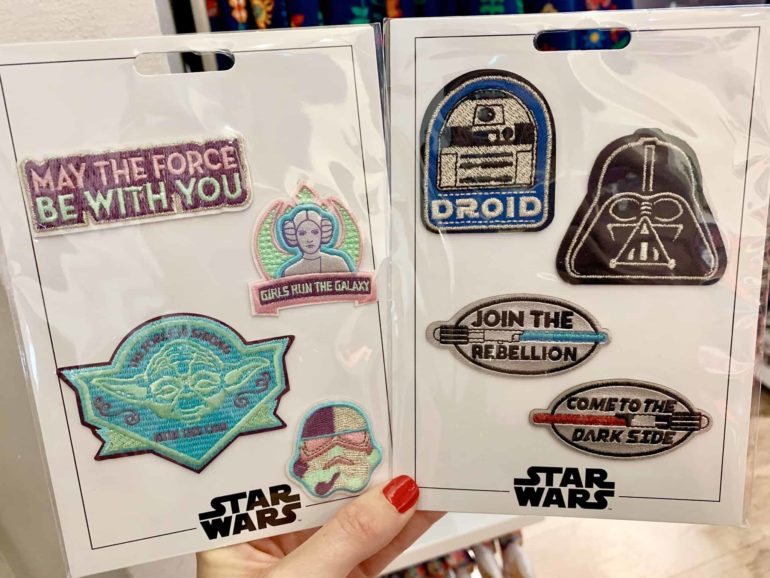 It’s been a few months, but we finally spotted new patches on sale at the Disneyland Resort. Now that Star Wars: Galaxy’s Edge is open to the masses, it’s the perfect time to add galactic-themed patches to your jean jacket. Two new “Star Wars” patch sets are on sale, so get your wallet ready because you’re going to want both.

Girls run the galaxy? Heck yes, this is our favorite patch set to be sold thus far. The only downside to this patch set is that the colors make the text around Yoda tough to decipher. It reads “The Force is Strong with This One,” for those of you who can’t make it out.

The second set is much better in terms of coloration. If you’re an indecisive person or like to rep both sides, the light and dark side patches in one set makes things easy for you. Although, it would have been cool to see a separate light side and dark side patch set.

Don’t forget to pick up one of these “Star Wars” patch sets during your next visit to the Disneyland Resort. May the Force be with you!