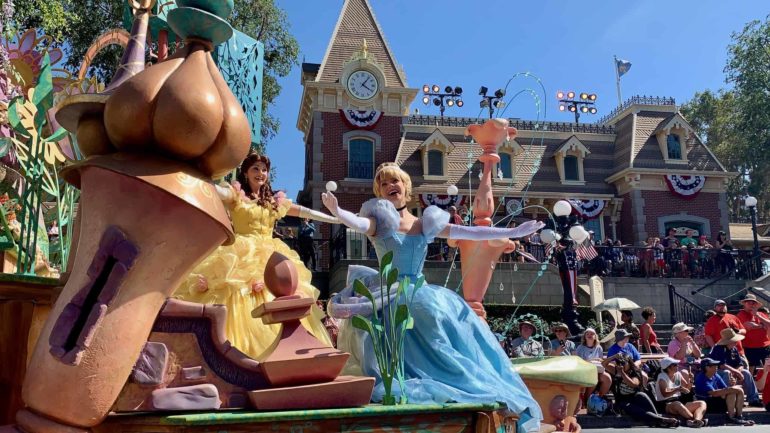 It’s Soundsationaaal! With lyrics based off of Hong Kong Disneyland’s Flights of Fantasy Parade lyrics, Mickey’s Soundsational Parade has been delighting guests at Disneyland with beloved tracks from Disney films since May 27, 2011. It replaced Celebrate! A Street Party and was briefly replaced by the Pixar Play Parade in 2018 before making its triumphant return––this time, with an adorable, vintage style Mickey Mouse float from Tokyo Disneyland and a cake float featuring Chip and Dale––in January of 2019 for “Get Your Ears On – A Mickey and Minnie Celebration“.

The final showing of Mickey’s Soundsational Parade was announced, unsurprisingly, with little advance notice in late June. Come 2020, a new completely new daytime parade (working title: “Magic Happens”) will grace Main Street U.S.A. for the first time in nearly 9 years. The “Mickey and Friends Band-Tastic Cavalcade” will debut today in Soundsational’s absence. Soundsational may be gone, but it will never forgotten. Let’s take one last look at all the parade floats:

Mickey Strikes Up The Band!

Check out our recording of the last-ever Mickey’s Soundsational Parade in the video below!