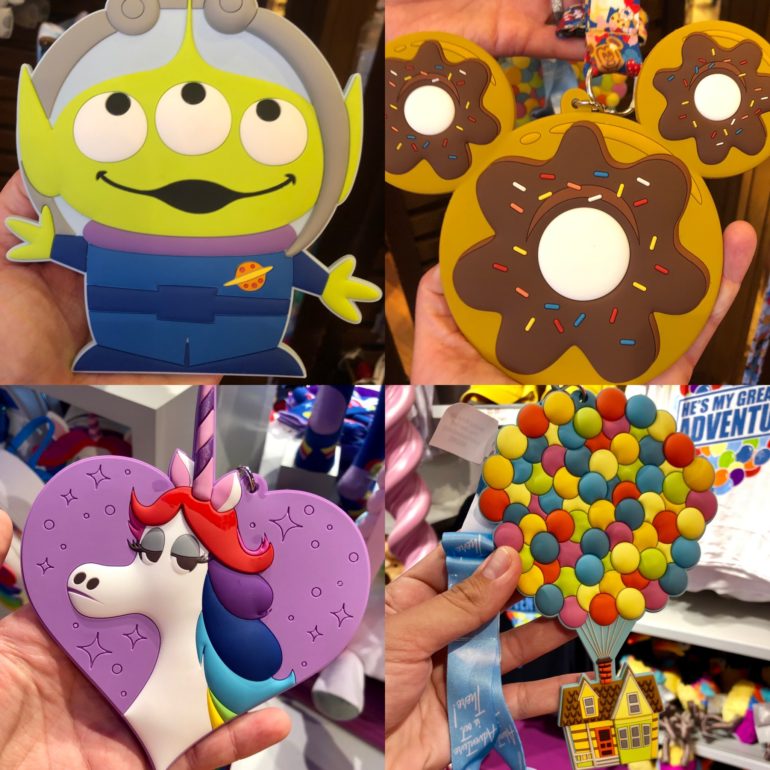 It looks like the Disney Parks in the States are finally taking a page out of Tokyo Disney Resort’s book. On our recent visit to Disneyland Resort, we found Disney and Pixar Characters Cardholder Lanyards in Emporium and Bing Bong’s Sweet Stuff. Now guests, especially Annual Passholders, can display their tickets in style.

The first lanyard is inspired by Carl Fredricksen’s famous house from “Up.” The house and balloons certainly make for a very colorful design that will match any outfit.

On the backside, there is a place to store your ticket, Annual Pass, or any card of your choosing.

Of course, the lanyard comes decorated with a loving reminder from Ellie: Adventure is out There!

Rainbow Unicorn has had her fair share of fame when it comes to merchandise this year. From a new baseball hat to a Loungefly Backpack and more, she’s been quite popular. And now we can add this Rainbow Unicorn cardholder lanyard to the list.

Just like the “Up” lanyard, this one has a place on the back to store your cards.

And it comes complete with a rainbow-printed lanyard.

Will you choose this lanyard to carry your Park ticket? He looks like he would be eternally grateful if you did.

His badness level might be quite high, but this Stitch cardholder lanyard is pretty adorable. When wearing the lanyard around your neck, it looks as if he’s hanging onto you with his claws.

Dumbo has quite the year, with a live-action movie in spring followed by new merchandise. It’s nice to see this elephant is still getting a lot of love.

We would have loved to see a Dole Whip lanyard instead, but we’ll take whatever Disney Parks Snacks we can get. If you’re still into the trend, then this Mickey Donut lanyard is for you.

Cardholder lanyards have started making quite the appearance at Disney Parks. Which of these designs is your favorite?