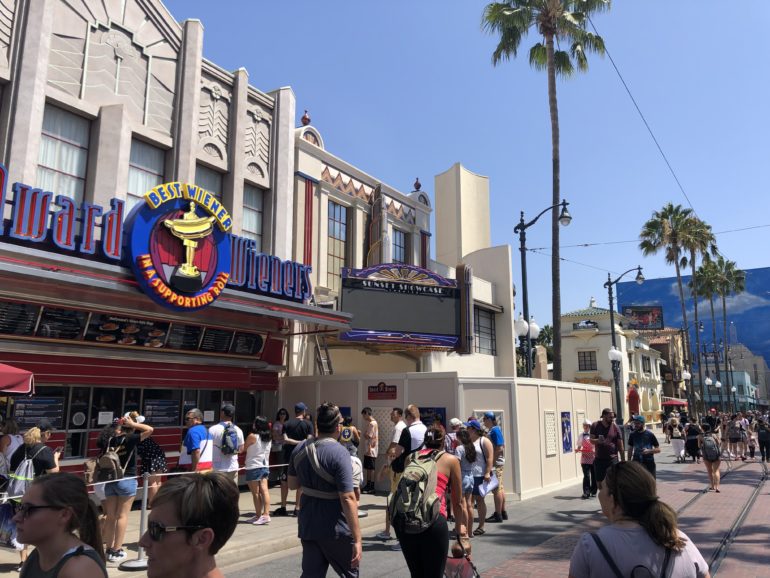 Scrims are now down at the Sunset Showcase Theater in Disney California Adventure, revealing an amazing El Capitan-style marquee right next to Award Wieners.

Scrims had covered the building’s facade since early June. Permits filed with the City of Anaheim listed the following improvements to the area:

So in addition to the sign, there will also be a 20 square foot ticket booth added for themeing.

Currently, walls are still up around what will be the ticket booth, once it’s finally unveiled.

The new digital marquee features stunning neon lights and signage for Sunset Showcase Theater. A digital screen can be changed to display whatever’s on show in the Theater, be it Mickey’s Philharmagic or whatever show takes its place next.

The marquee appears to be a way to draw guests’ attention towards Philharmagic, as its arrival has been received rather mildly ever since it opened back in late April.

What do you think of the new marquee? Have you seen Mickey’s Philharmagic over at Disney California Adventure?