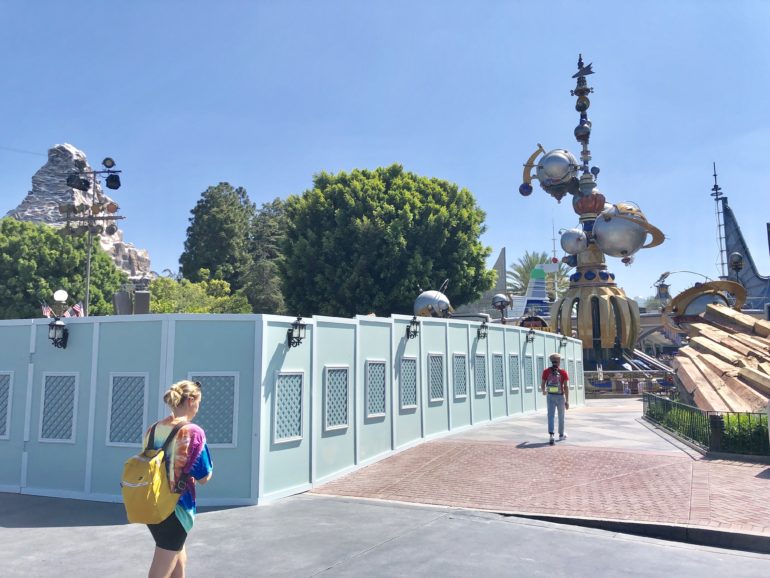 It’s the end of an era at Disneyland Park’s Tomorrowland as the fan-dubbed “french fry” rocks that flanked the entrance are currently being removed.

At first, we believed this to be simple pathway work, but behind those walls are excavators hard at work removing the rock work that’s been there since the late ’90s remodel of Tomorrowland.

According to The Orange County Sentinel, Disney officials have confirmed that the rocks are in the process of being removed along the north side of the Tomorrowland entrance, and the marquee sign that says “Tomorrowland” has already been removed. The remainder of the rocks will be taken out in a slow process over the coming months, according to officials.

The rock removal has been attributed to Project Stardust, an park-wide effort to improve the guest experience across the park, leveling out sidewalks and improving on areas where uncomfortable bottlenecking tends to occur, which was the case for this Tomorrowland entrance, much like the Adventureland one.

Currently, they’re only working on one side of the rock formation, with still a ways to go before they can move over to the other side. We’ll keep you updated on this project as it progresses.