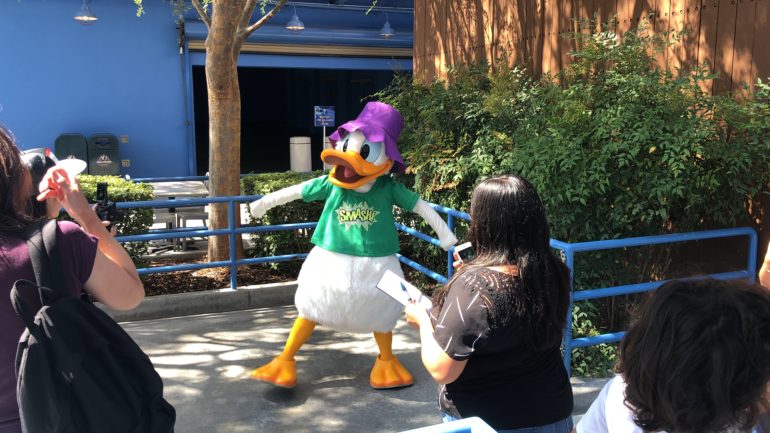 Yesterday, Disney announced a slew of offerings just in time for Marvel’s 80th anniversary celebration. Among the offerings was the addition of new, cosplaying Mickey, Minnie, and other characters, sporting outfits that harken back to their favorite Marvel characters or superheroes. Today over in Hollywood Land in Disney’s California Adventure, we found Donald meeting in a very appropriate Hulk Disneybound.

Donald is happy to strike a pose with guests who seem just as thrilled to see him in his purple bucket hat and green tee that reads “Smash!”

It appears that for now, only one character or set of characters will be out each day. Yesterday we saw Chip and Dale as Thor and Loki, respectively.

…but nevertheless they ultimately decided to shake hands and remain allies.

You don’t have to be green with envy, as you too can experience the cosplaying Donald meet and greet in the video below!