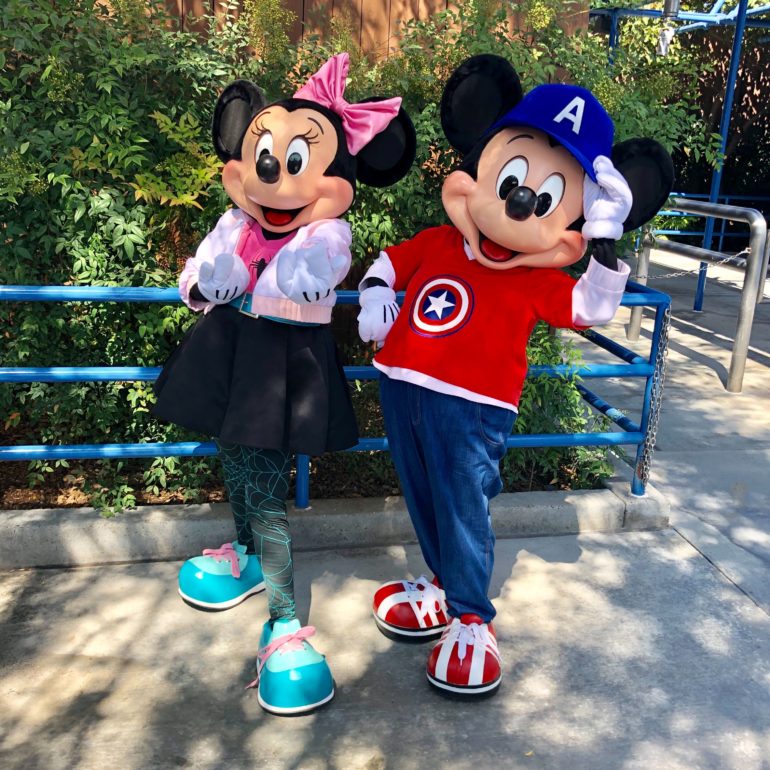 Just last week, Disney announced a special assortment of Marvel themed events taking place in Disney California Adventure to help celebrate Marvel’s 80th anniversary. Among the offerings was the addition of new, cosplaying character meet and greets, sporting outfits that harken back to their favorite Marvel characters or superheroes. Today, over in Hollywood Land, we spotted Mickey and Minnie cosplaying old and new favorite Marvel characters!

Minnie Mouse is showcasing Spider-Gwen, who became a rather new favorite after Spider-Man: Into the Spiderverse came out last year. Mickey Mouse is cosplaying as the all American classic, Captain America. A true fit for him as both Captain America and Mickey Mouse are America’s treasured characters.

It appears that for now, only one character or set of characters will be out each day. Yesterday, we found Donald meeting in a very appropriate Hulk , and the day before, we saw Chip and Dale as Thor and Loki, respectively.

If you can’t “thwip” to Disney California Adventure to see these two, make sure to check out our meet and greet in the video below: