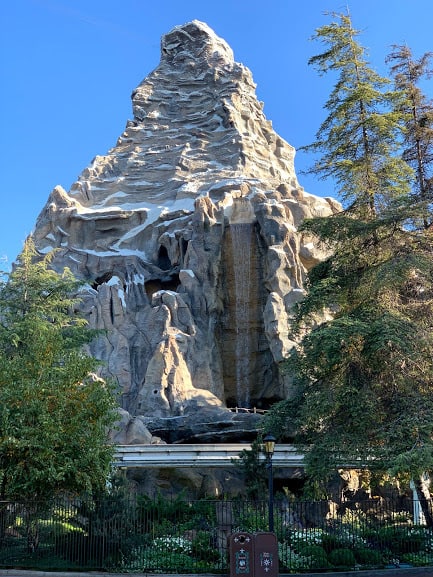 Operation of Disneyland’s Matterhorn Bobsleds was reduced to one track on Thursday after a large piece of plaster rockwork fell during after-hours maintenance, according to The Orange County Register‘s Brady MacDonald.

According to MacDonald, Disneyland officials stated that the chunk of plaster, roughly the size of a bedroom door, fell early Thursday morning, before the park opened to guests, and was discovered by a maintenance crew. In a statement, Disneyland officials said that “during overnight maintenance, a portion of decorative rockwork was found to be in need of repair, which we are working quickly to make.” No injuries were reported.

The attraction recently celebrated its sixtieth anniversary. Keep reading WDWNT and Disneyland News Today for any updates on this story.

Road to the Ride: The Myth Inside the Matterhorn