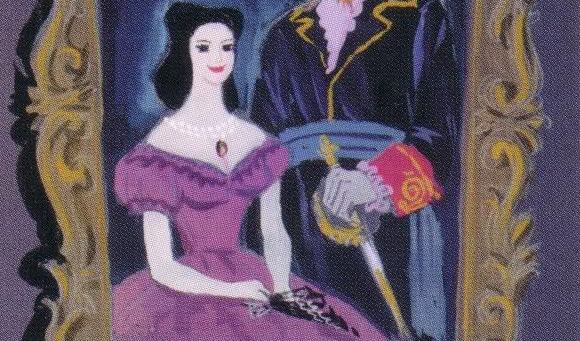 Road to the Ride: The Resurrection of The Haunted Mansion’s Bride

Editor’s Note: “Road to the Ride” was a column that focused on the background and development of Disney attractions, including all the twists and turns a project takes as it goes from original concept, to theme park attraction, and beyond. This article was originally published on October 14th, 2018, but we’d figured we’d bring it back from the grave for The Haunted Mansion’s 50th anniversary. The Haunted Mansion is rightfully a staff favorite here at WDWNT, and it’s a shining (albeit dusty) example of the talents of such Walt Disney Imagineers as Marc Davis, X Atencio, and Leota Tombs, known as the face of Madame Leota. Here we present the troubled history of one of the Haunted Mansion’s most divisive characters: The Bride.

In the most recent “Road to the Ride,” we dug up the history of the Haunted Mansion’s Hatbox Ghost. One of the most famous figures of the ride, he disappeared in 1969 and reappeared in 2015. But it’s hard to talk about the good ol’ Hatbox Ghost with out talking about his supposed bride. Or perhaps, it’s more like brides. Let’s take up trip up the attic steps to rediscover our blushing, bloody bride.

The first bride of the Mansion was Priscilla Gore, a character designed by Imagineer Ken Anderson. Priscilla found a chest in the attic exposing her husband, Capt. Bartholomew Gore, as bloodthirsty pirate. When he returns from his voyage, she confronts him. What happens next goes in a few different directions.

Before the Doom Buggies, the Haunted Mansion was actually a walkthrough attraction. In one idea, the host takes the guests to a well where he tells them that Gore pushed Priscilla down there. He invited them to look in and see the water is blood red. In another version, the guests are taken to the pirate’s room and told that he walled Priscilla up behind the chimney. The pirate himself appears, covered in seaweed and laughing like a madman. Priscilla emerges from the chimney, screaming, to chase him out.

The second idea was very popular, to the point that Yale Gracey even built the room. But because it became a ride instead of a walkthrough, it had to be scrapped. So too was Priscilla herself.

When the Haunted Mansion opened in 1969, one of the most frightening figures was of the bride. She wasn’t so much frightening for the same reason that, say, the Hatbox Ghost was. She didn’t look bloodthirsty or evil. But she did look very, very dead. She was depicted as corpselike, with a beating heart in lit up red in her chest. She held a bouquet and a candle. Shortly after, her head was replaced with no head at all. Rather than a skeletal face, she had no face, with just yellow eyes glowing in the dark.

The Other Beating Heart Brides

The first bride stuck around for a while, until the 1990s. Her face became more human, with very clearly sad features. Then the face became a little scarier and less sad in the next iteration. This one had green skin and wild hair. Then she went back to no face with glowing eyes peering out from a thick hood.

This bride had no full story. Though she looks tragic, her backstory is left ambiguous, much like most of the characters in the Haunted Mansion. Why is she sad? Does she await her husband’s return? Was it her very husband that killed her? There are so many theories that have been created over the years, but the Imagineers intentionally left her backstory open to interpretation. In fact, they wanted all of the Haunted Mansion to be open to interpretation.

They left little clues that tied her into the full story. For instance, in the album that was released at the same time as the opening of the Haunted Mansion, “The Story and Song of the Haunted Mansion,” the narrator says that the Hatbox Ghost’s head disappears and reappears in his box every time his bride’s heart beats. This certainly makes it seem that the Beating Heart Bride is indeed his bride. But there seems to be more to the story. What happened that caused their tragic ends? But the Imagineers never filled in the blanks themselves. We are left in charge of writing in our own tales.

Emily, the other Captain’s Wife

The tale of Emily de Claire isn’t actually the tale of the Beating Heat Bride. Emily was the bride that was created for SLG comics’s series inspired by the Haunted Mansion. But after the comics’s release, the Beating Heart Bride often became referred to as Emily.

Emily’s tale was strongly inspired by Priscilla’s. She was the bride-to-be of our Master Gracey. On the day of their wedding, she was frightened to death of the ghosts of William Gracey’s former crew, who told her that he was actually murderous Captain Blood.

However, unlike Priscilla’s story, she is not angry or vengeful for her fiancé. In fact, she spends the rest of eternity in the attic. She spends each night staring out the window, waiting for her fiancé’s return.

In 2006, we saw the rise of a new type of bride. Haunted Mansion opened up from construction and gone was the tragic Beating Heart Bride. In her place was perhaps the biggest monster of the mansion. Constance Hatchaway‘s backstory isn’t up for interpretation that way the Beating Heart Bride’s was. She haunts the attic, reciting her vows, hatchet in hand. She’s surrounded by wedding photos of her with her five husbands. In each one, the head of her beloveds appears and reappears. She’s also placed next to five hatboxes. But the hats are out of the boxes. This seems to say that the five heads of her husbands have been placed inside instead.

The black widow bride seems to function as a kind of torturer for the Mansion. Her malevolent ghost is in direct contrast with the happy partygoers or the singing spirits. The only spirit she does seem to match is the Hatbox Ghost. This is the only part of her story that is still open. While they do seem connected, especially considering the five hatboxes and that he was beheaded like her grooms, he does not match the images of her five husbands. Is he a sixth? Is he a lover she killed the same way? Did he help her kill the others? This much is unknown. Perhaps the spirits like it better that way. But with the Hatbox Ghost back near her attic the two can again cause as much trouble for the Mansion as they desire, together for eternity.