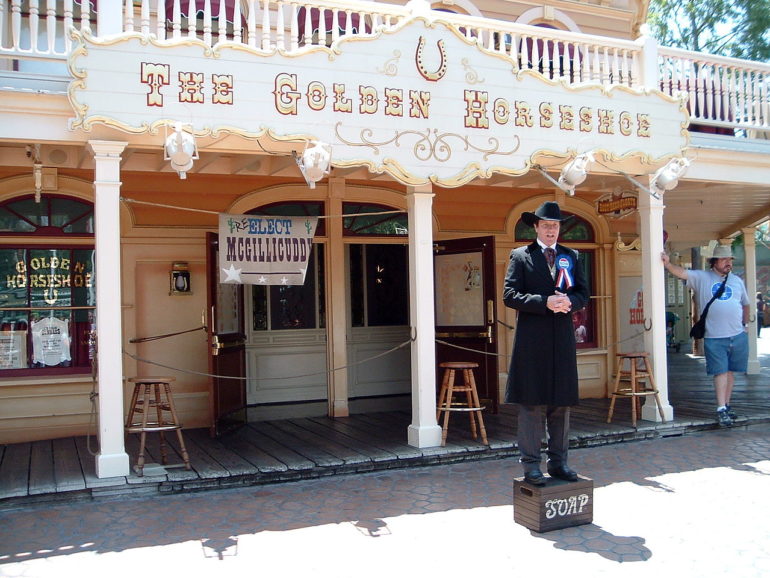 Entertainment cutbacks are rumored for Disneyland and Disney California Adventure with the upcoming loss of two fan-favorite musical acts and stand-up performances.

According to a piece by Attraction Faction, The Pixarmonic Orchestra will cease performances on September 14, 2019. This group kicked off Pixar Fest at Disney California Adventure back in Summer 2018 and just a year later are ending their gig.

For the past year, the zany group has performed its repertoire of songs using traditional instruments, as well as unconventional music makers such as cowbells, kazoos, duck calls, sirens and slide whistles. I particularly was a fan of their bold, mid-century modern style outfits.

Here’s a screenshot of a video from my first-ever Disneyland trip back in June, where I nearly teared up laughing at this performer as he stomped on the ground and said, “Oops. Looks like a crushed some bugs. So that’s where Flik and Atta went!”, also in reference to the semi-recent loss of A Bugs Land.

2018 was a big year for cuts in Disney Entertainment, and we’re starting to see a similar trend this year. Even Galaxy’s Edge opened with just a handful of characters, with frontline Cast Members essentially made to fulfill those roles by staying in character-esque roles (ie “Batuuians”) while also fulfilling their usual park ops duties.

Here at WDWNT, we’re huge fans of all the talented live performers and improv artists who help make each park experience a unique one, and hope that this does end up just being a rumor. Disney has yet to announce or confirm the departure of the Pixarmonic Orchestra or the Laughing Stock Company.