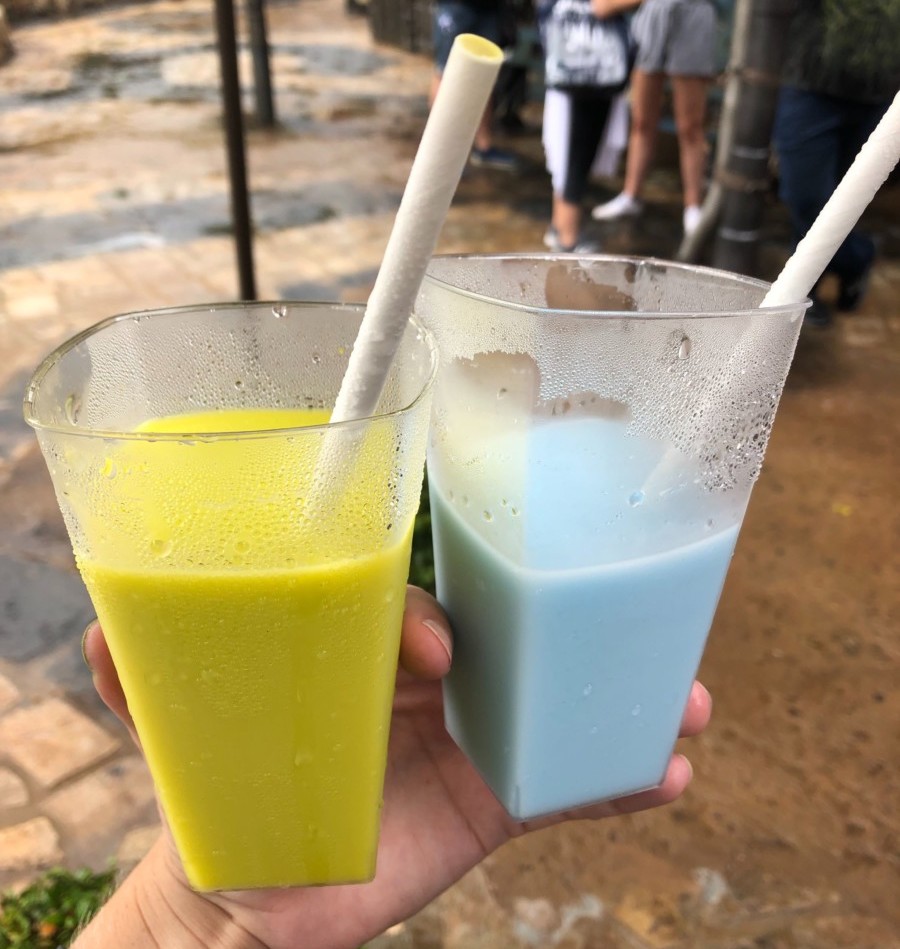 Regardless of whether you’re all for Blue Milk or oddly a fan of the Green Milk served at Milk Stand in Star Wars: Galaxy’s Edge (I know I am, although things might change for reasons soon to be disclosed.) guests have always been puzzled at the strange texture and slightly-off flavors of both.

A plant-based, vegan-friendly recipe supposedly formulated just for Star Wars: Galaxy’s Edge, the consistency of the milks has a strange, oily silkiness to it amidst the slushed ice… and now we know why:

I’m impressed that the colorings really are naturally derived through spirulina, which is a kind of algae, for the blue milk, and spirulina, turmeric, and beta carotene for the green milk (the turmeric is what gives it that slight yellow tinge, as opposed to it being a stronger green color.)

Many have mentioned getting allergic reactions to these milks, so it’d be worth inspecting these ingredient lists closely for any troublesome allergy-triggering foods.

In a theme park laden with gratuitously sugary and oily snacks, it’d be hypocritical to judge these “milks” as strikingly “unhealthy” by any stretch, but it’ll definitely make you think next time you glug away, or even worse, layer them both. It’s also interesting to note that Kent Precisions Food Group (on the label) also produces and distributes mixes for another Disney Parks snack: the classic fan-favorite Dole Whip.

"Note to self: Remember you're on-camera & Disney signs your paychecks."
(Honestly though: the warm, oily, sickly-sweet milk dyed blue from the movie was gag-inducing 🤮-while this frosty non-dairy drink tasted like a yummy fruit smoothie. 😋 #GotBlueMilk? https://t.co/C4Qx1iFfMq

Mark Hamill himself has recounted the “oily, sickly-sweet milk dyed blue” that he was made to chug on screen as Luke Skywalker throughout the Star Wars movie series, and while these new milks may taste like “yummy fruit smoothies”, they’re clearly just another Jedi mind trick.