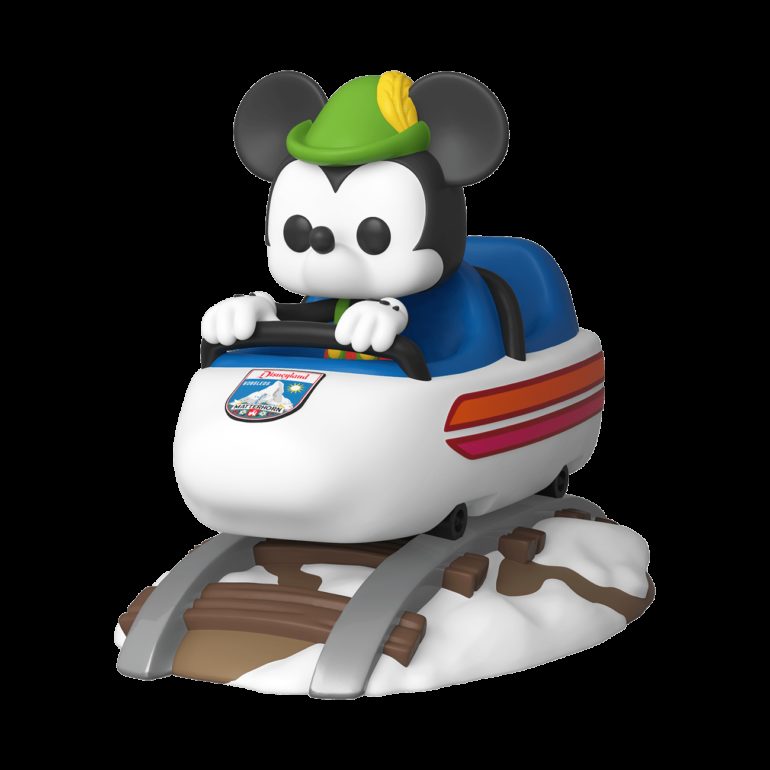 As part of their convention exclusives for this year, Funko will be selling an exclusive Mickey Mouse Matterhorn Bobsleds POP! Ride Vinyl. The figurine features Mickey, dressed in Alpine gear, in one of the ride’s famed bobsleds traversing the snowy path. It’s a perfect complement to the Abonimable Snowman (aka “Harold”) POP! Vinyl that was released previously.

But hold onto your hats and glasses! Convention attendees should be warned that this collectible is limited to 1,500 pieces. It’s also likely that Funko will once again institute a lottery for the chance to purchase their products at the convention. There is no word yet on whether this collectible will be available for sale at a later date at the Disneyland Resort or any Disney Parks.

This year, Funko will be offering collectibles from across the creative worlds of Disney at New York Comic Con, including a firefighter Donald Duck, Kevin and the house from Up, a Dummy from Toy Story 4, Iron Man wielding the Power Gauntlet from Avengers: Endgame, Stan Lee’s cameo character from Guardians of the Galaxy Vol. 2, first appearance Captain Mar-Vell, Nick Fury, and Ms. Marvel, as well as a Dark Phoenix POP! Vinyl, T-Shirt, and Cereal.

Be sure to read WDWNT for news on all parks-themed Funko products!