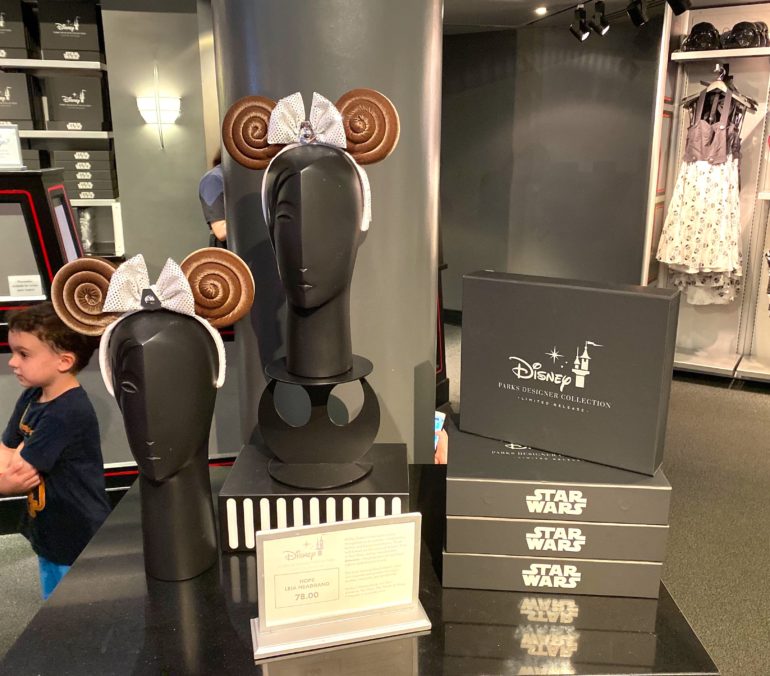 The new Disney Park Designer Collection Ears from Her Universe have arrived at Disney Parks as well as shopDisney this morning. If you can’t head into the parks to pick out the newest item in this collection for yourself, you can buy them from shopDisney using this link.

The ears may look like cinnamon buns, but they’re actually based on Leia’s iconic bun hairstyle. The bow is styled like her white robe and studded belt. The new ears retail for $78.00.

Ashley Eckstein, founder of Her Universe, appeared this morning inside of Star Wars Launch Bay at Disney’s Hollywood Studios for an exclusive park signing event.

Her Universe is a “groundbreaking fangirl fashion company and lifestyle brand, whose mission is to create stylish, fashion-forward merchandise for female sci-fi fans.”

Check out some of the previous Disney Parks Designer Collection releases here, as well as upcoming release dates for future releases.