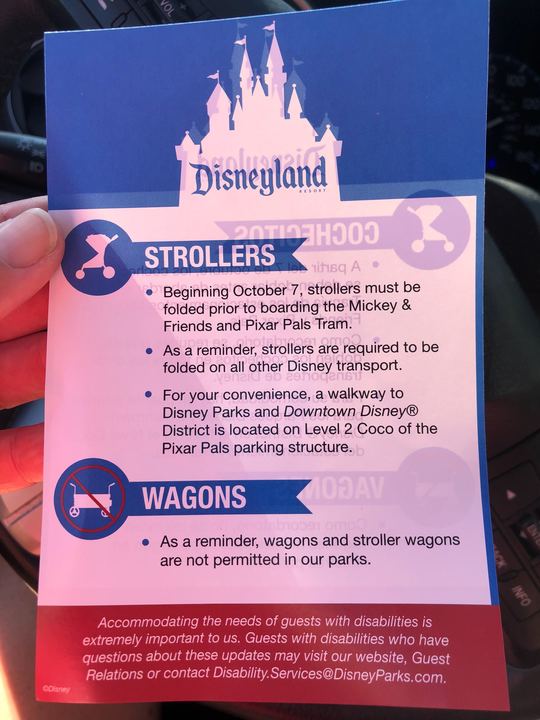 Before we decided to eat our in weight in rainbow-themed treats in Disneyland today, we were alerted to new stroller rules coming to the resort.

Starting October 7th, 2019, guests now have to have their strollers folded prior to boarding the Mickey & Friends tram, and the Pixar Pals Tram.

Of course, strollers are required to be folded any on Disney mode of transport. But, if this doesn’t work for your family, there’s a walkway available to the Disneyland Resort parks and the Downtown Disney district from Level 2 of the Pixar Pals parking structure.

On the other side of this nifty card we were given outlining the new rules, there’s also the Spanish translated version.

The card also reminds families that wagons of any kind are not permitted in the parks, a rule we saw go into place this summer.