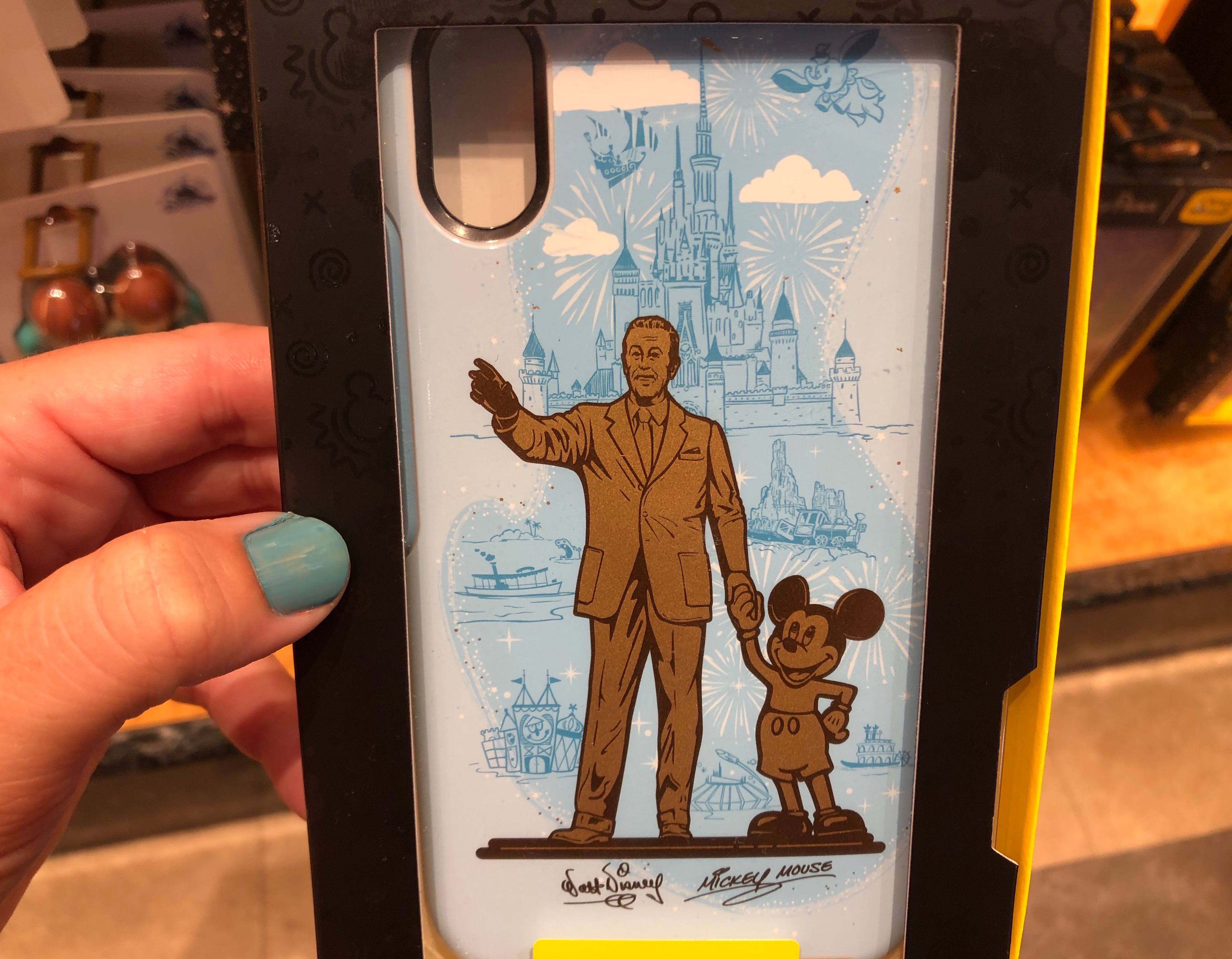 This new OtterBox case features Walt Disney and Mickey Mouse as they appear in the Partners Statue at the Magic Kingdom, including signatures from both below. Behind them are icons from the park.

A pirate ship from Peter Pan’s Flight sails by, along with Dumbo the Flying Elephant. Strangely enough, the Cinderella Castle in the background isn’t the park version, but rather the design that greets moviegoers at the beginning of Disney films.

OtterBox is great for providing protection and even has a limited lifetime warranty, so you don’t have to worry too much. Well worth the higher price for these cases. We found the case for the iPhone Xr, but versions for additional iPhone models should be coming.

Keep checking back with WDWNT for all the latest Disney phone cases out there to make your phone a little bit more magical!