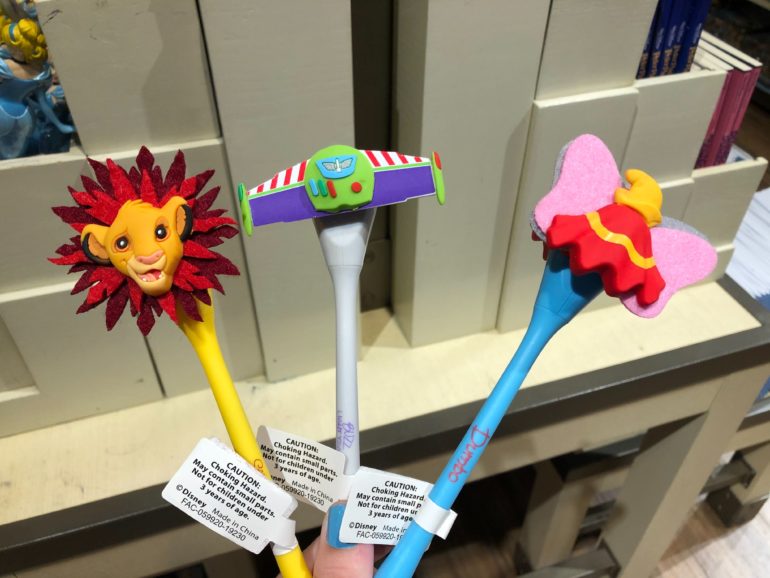 Three new Disney character inspired wind up spinning pens have made their way into stores at Disney Parks. Buzz Lightyear, Dumbo, and Simba are the three characters chosen to adorn the tops of these spinning pens.

Buzz Lightyear, Dumbo, and Simba each have their own spinning pen!

You can find the wind-up gear on the back of each pen.

Each pen also has the character’s name on it, so you know what character the stylized design is representing.

We found these pens were found at World of Disney at Disney Springs, but they should be available at more stores soon. Will you be grabbing these super-cute pens on your next visit to a Disney Park?