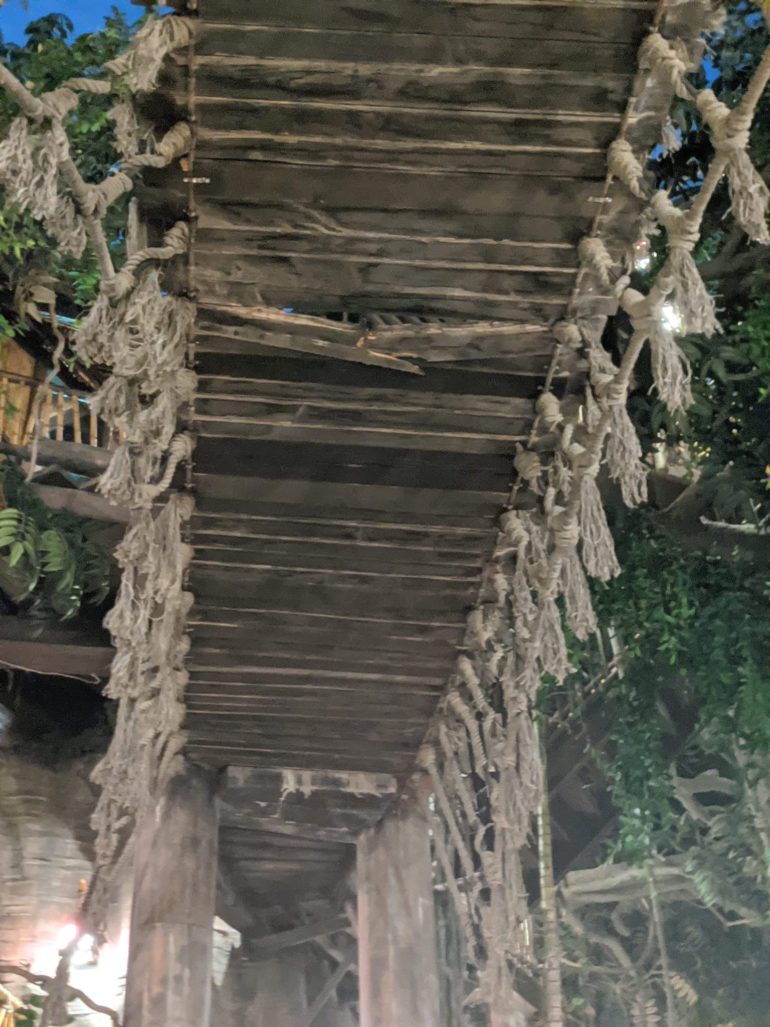 Tarzan’s Treehouse at Disneyland Park was closed indefinitely yesterday following an incident which broke one of the wooden bridges. The Adventureland attraction was closed at about 4:45pm yesterday. According to various Tweets, this was due to a Guest jumping so hard on a rope bridge that a wooden slat broke.

Reportedly, the Guest jumped with such force to demonstrate to his children that it would in fact not break. Nearby Guests also reported hearing the noise of wood cracking. If the Guest had broken through, it would’ve been about a three-story fall. Fortunately, no injuries were reported, but Cast Members did spend some time searching for the offending Guest and their party. Tarzan’s Treehouse has been cordoned off and Guests have been denied access since. It is unknown when the attraction will reopen.

Remember folks, these attractions are built for safety but do exercise caution and use common sense nonetheless. Stay tuned to WDWNT as we continue to be posted on this incident.

If you’ve noticed issues in the Disney Parks, feel free to contribute to our WDWNT maintenance reports by emailing us with photographic evidence at [email protected] You can also reach us through our social media avenues (Twitter, Instagram, and Facebook) using the hashtag #WDWNTfix.