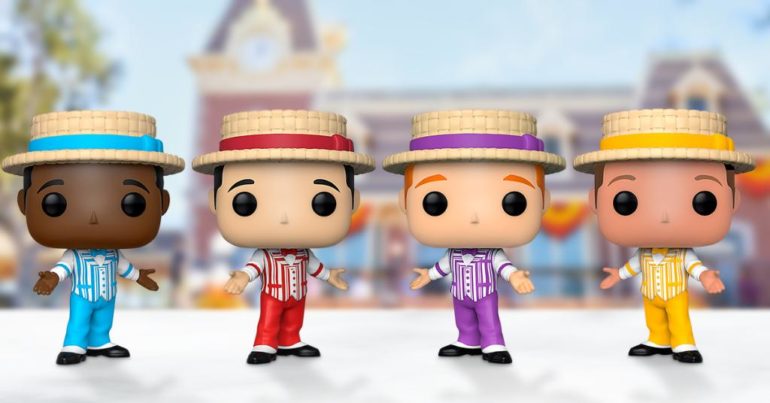 Disney has announced that the Dapper Dans Funko Pop! Vinyl set will be available on shopDisney starting tomorrow. The Funko set includes four Dapper Dans, each featuring unique colors of the iconic costume.

At the D23 Expo back in August, it was stated that the Pop! Vinyl set was an Expo exclusive, so this announcement comes as a bit of a surprise. Disney is calling the set “new”, even though the set was available at the Expo back in August for $49.99 plus tax.

Each member of the Dapper Dans comes with his arms extended in full showmanship, pinstriped shirts, and matching ties, pants, straw hats and shoes with spats.

There’s been no word if this second release of the set will be a limited release or not, but at the D23 Expo, they were.