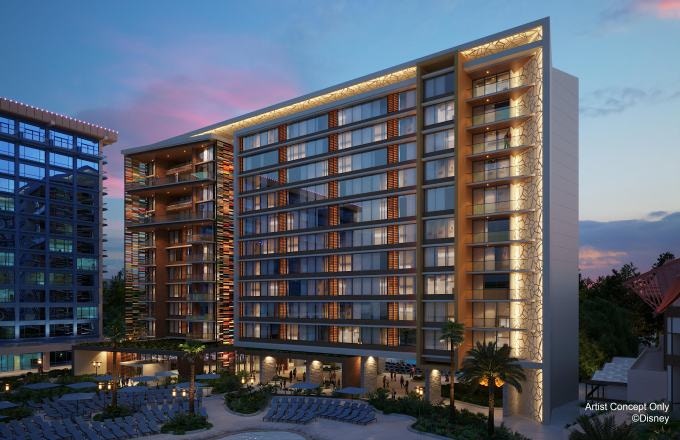 If you’re curious as to how the new 12-story Disney Vacation Club Tower planned for Disneyland Hotel is going to look like, thanks to the OC Register, we now have a first look at concept art for the development. 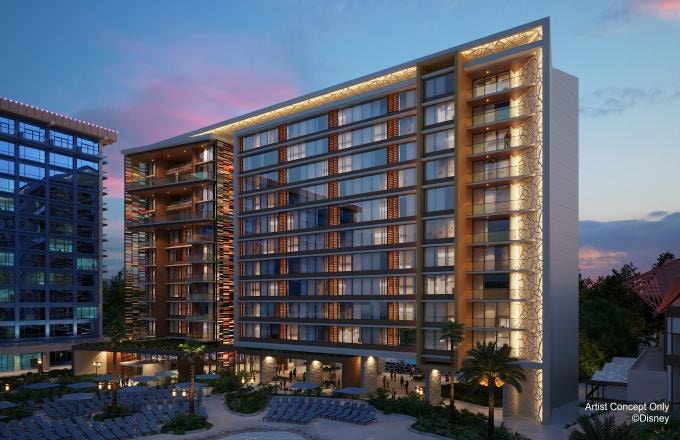 Permits for the tower were filed back in November, however it’s important to note that the project must still pass approval from the City of Anaheim to be actually built, according to Disney officials.

A final site plan has been filed, including mention of a Mickey-shaped spa and an outdoor pool bar. All other amenities, like retail, restaurants, valet, meeting spaces, and check-in will be provided by the existing facilities at the Disneyland Hotel.

The lobby will be comprised of two stories and an open-air floor plan. The tower’s 350 rooms would include 271 larger studios, 38 smaller two-person studios, 20 two-bedroom suites, 19 one-bedroom suites and two Grand Villas. Many Walt Disney World resort guests may recognize the two-person tower studio concept from the newly-opened Disney’s Riviera Resort. Some rooms will feature balconies offering views of the pool.

The proposed opening date for the new DVC tower is 2023, however construction may take well up to 4 years, delaying the expected opening.