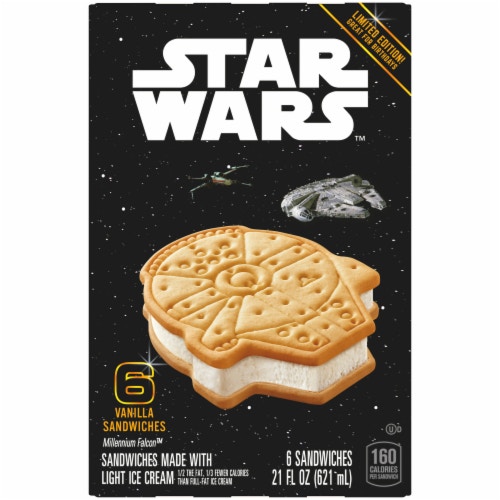 You know that whole “New Year’s resolution” thing where people try to cut out sugar or processed foods? Yeah, after all the news we’ve seen today, we don’t know how much longer keeping that resolution will be possible. 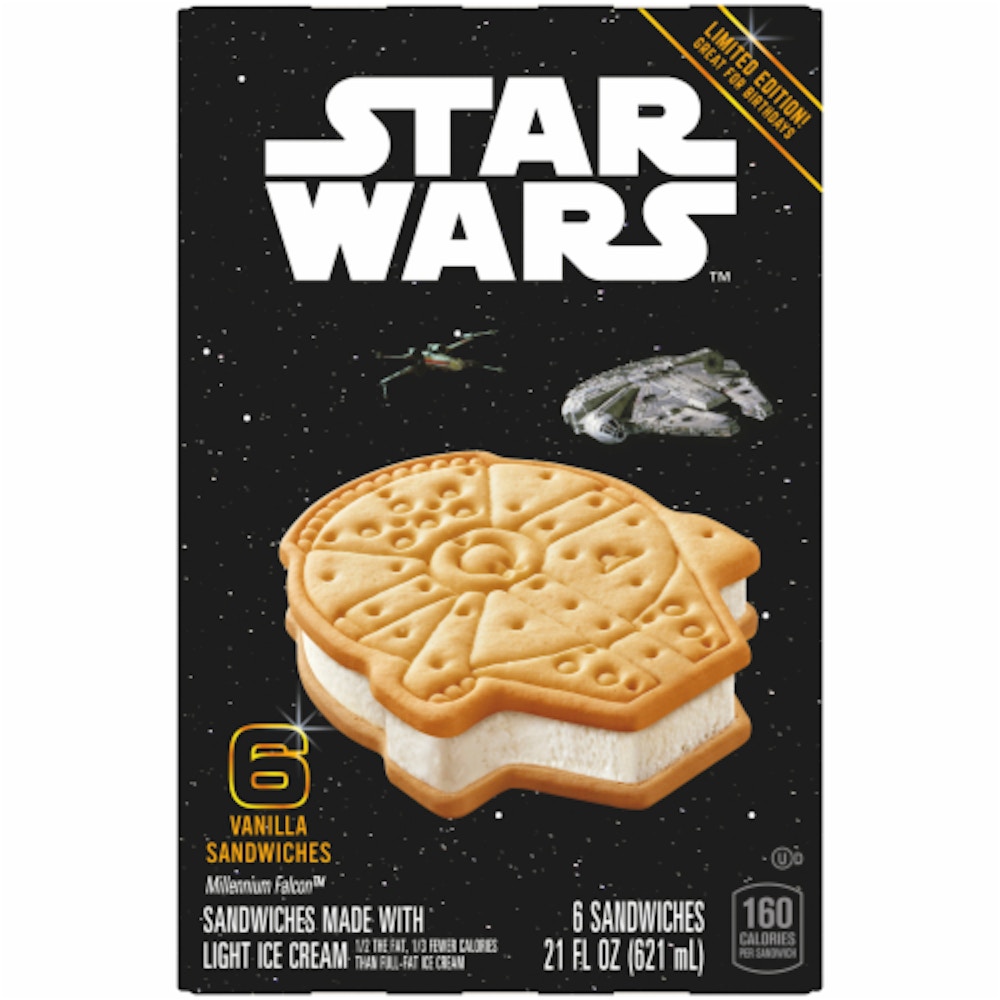 The limited edition ice cream sandwiches are great for those who aren’t as keen on chocolate. The cookies are vanilla, and the ice cream inside is plain vanilla. They are very similar to the Mickey sandwiches, even down to the layout of the box. They are both:

We noticed the box has the same “birthday” messaging as the Mickey sandwiches. So the theming we speculated on may just be more of a Nestlé thing.

We saw the Millennium Falcon vanilla ice cream sandwiches on sale at Kroger.com for $5.99, but they regularly retail for $7.99. Check your grocer’s website to see if they’re in stock near you.

Which sandwiches do you like more: Mickey or the Millennium Falcon?