PHOTOS: Construction Walls Up Around King Arthur Carrousel for Extended Refurbishment at Disneyland

While Belle might say “it’s a quiet village”, lately Disneyland’s Fantasyland has been anything but. 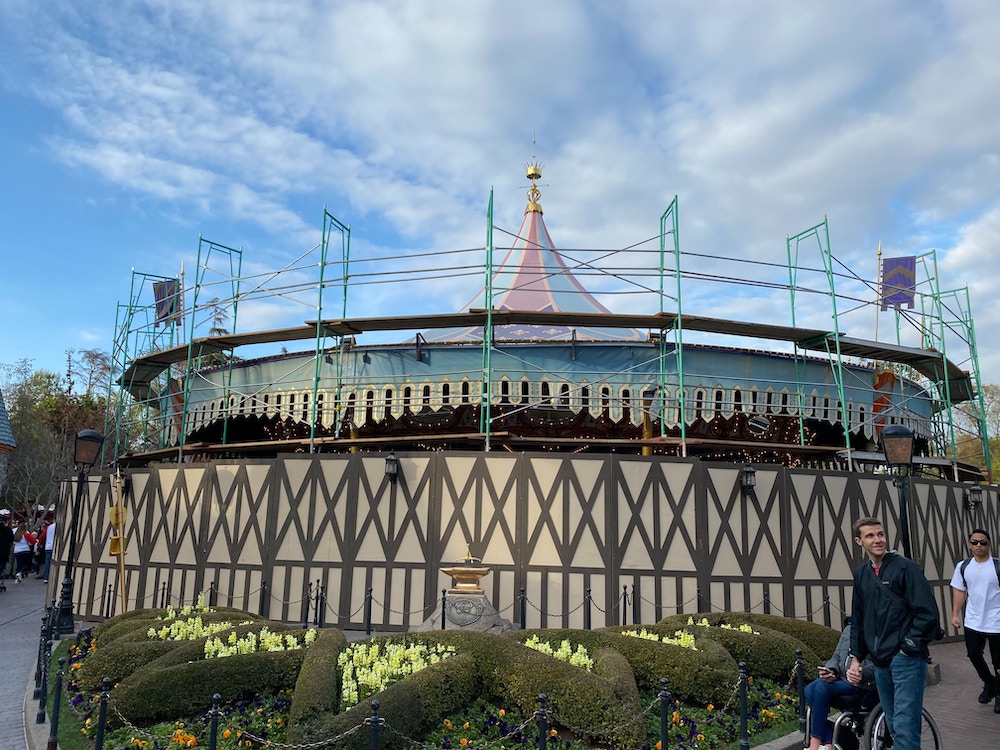 King Arthur Carrousel is the latest attraction to close for a months-long refurbishment, with construction walls and scaffolding already surrounding the attraction. 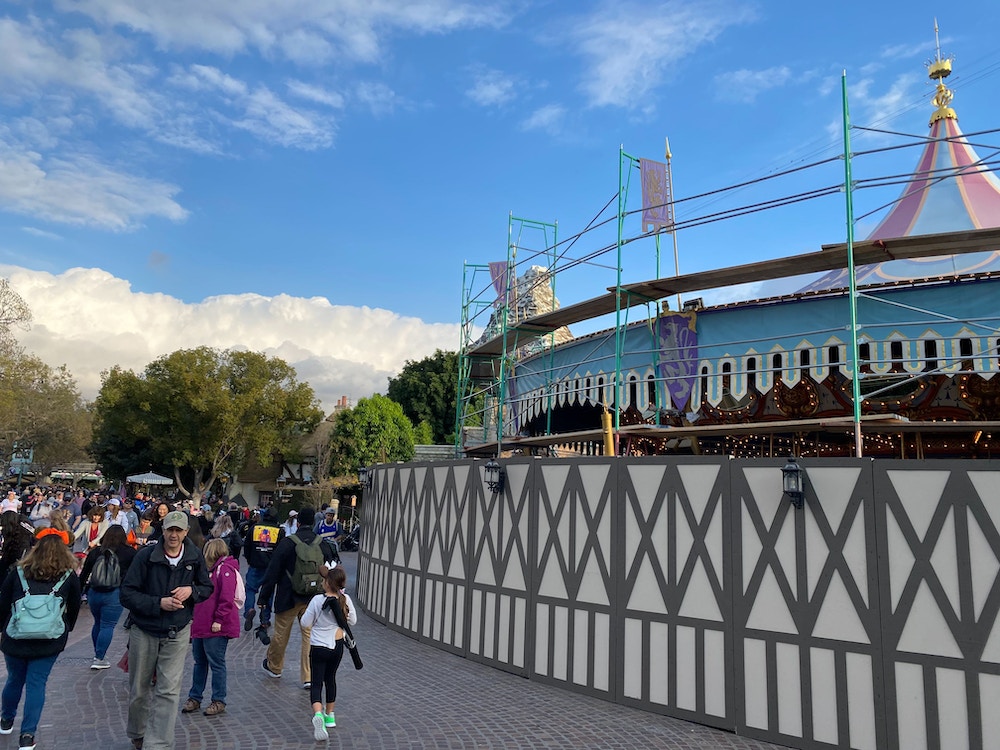 While we don’t exactly know what will be happening during the refurbishment, it is expected to last until May 21st, 2020, just as the summer season gets officially underway. The lights of the attraction are still on, though that may be until scrims go up around the scaffolding, if that happens. 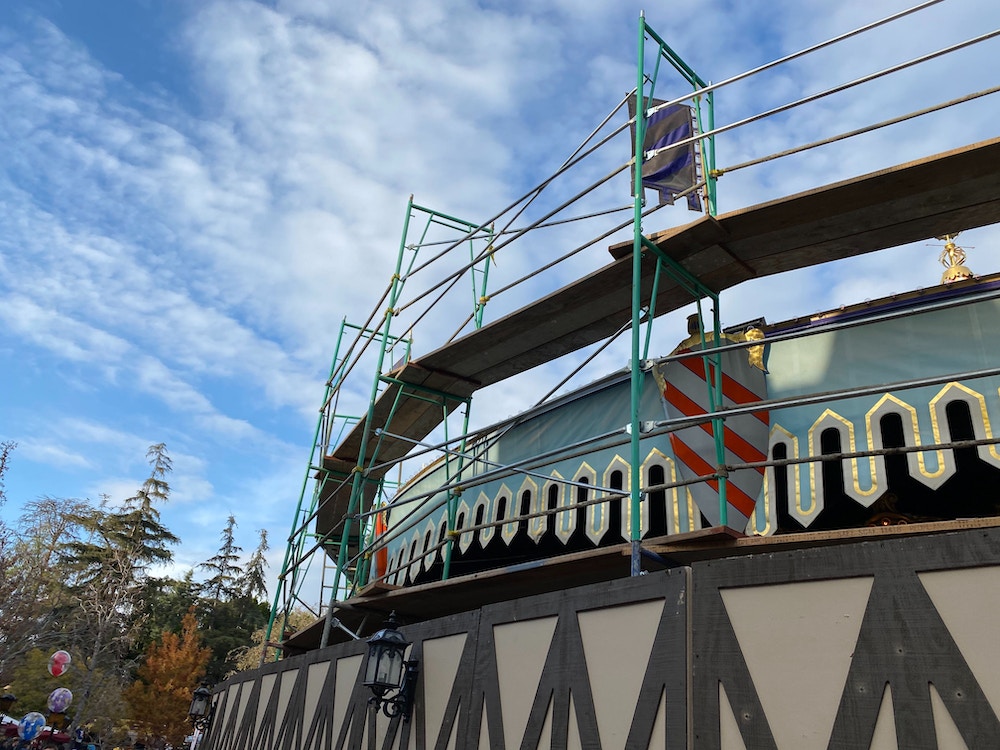 The attraction joins Snow White’s Scary Adventures as the latest to undergo a lengthy refurbishment, with both attractions anticipated to reopen on the same day. 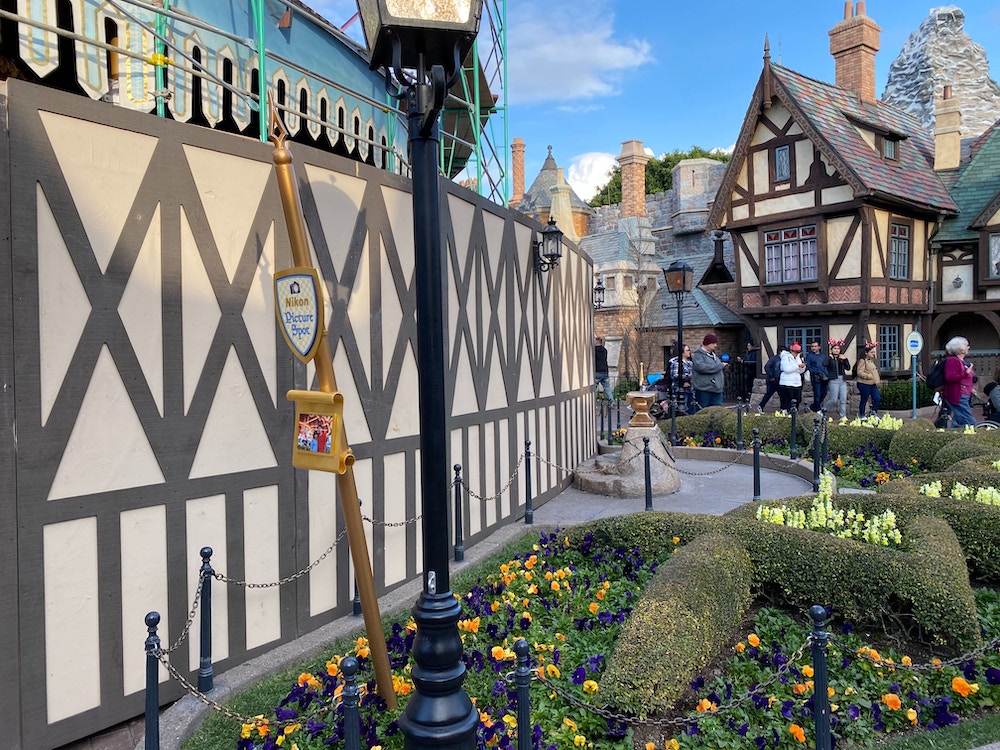 At least we know Excalibur is safe and sound, back in its stone (and away from any aspiring royalty).