PHOTOS: Directional Signage for Rise of the Resistance Appears at Star Wars: Galaxy’s Edge in Disneyland

With just over a week to go until Star Wars: Rise of the Resistance opens at Disneyland, signage is already up for visitors at Star Wars: Galaxy’s Edge to help guests find their way to the Resistance. 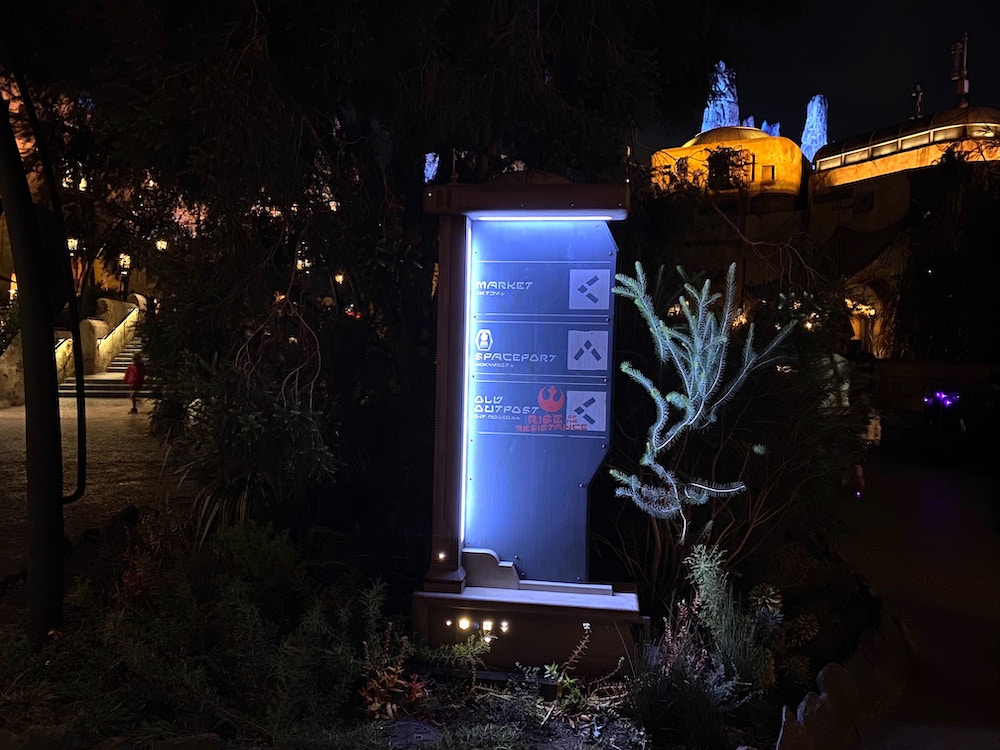 Guests at Black Spire Outpost can find the attraction at the bottom of this sign, directing guests to head in the same direction as the market. 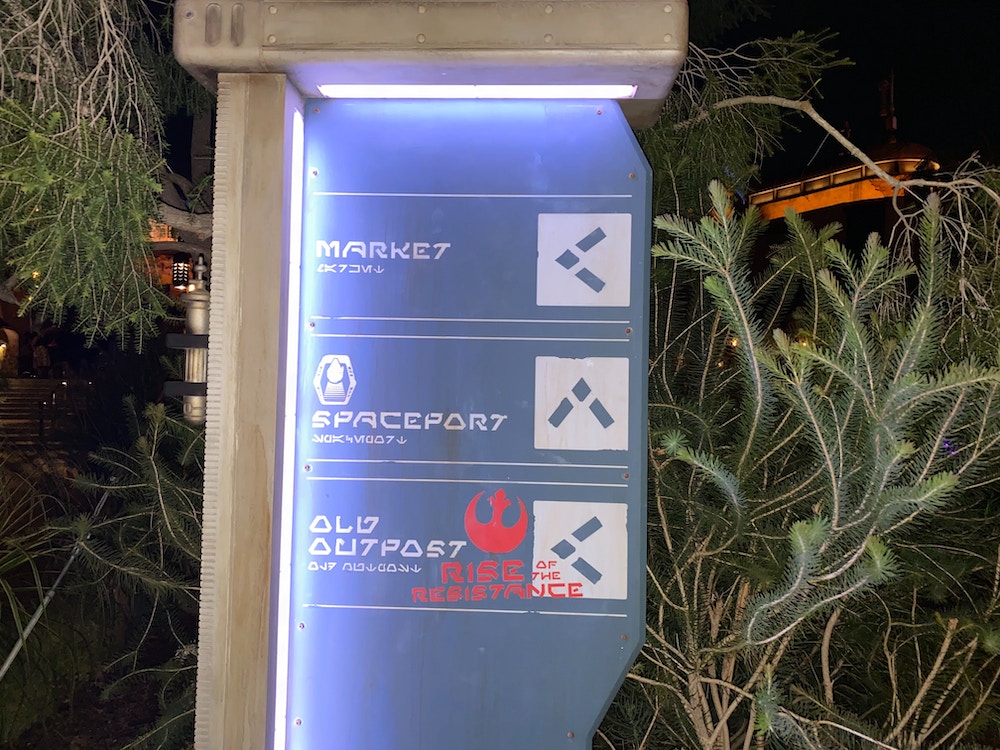 The sign is written in English and Aurebesh, though the sign specifically indicating the attraction is written exclusively in English. (Maybe the First Order doesn’t read English?) 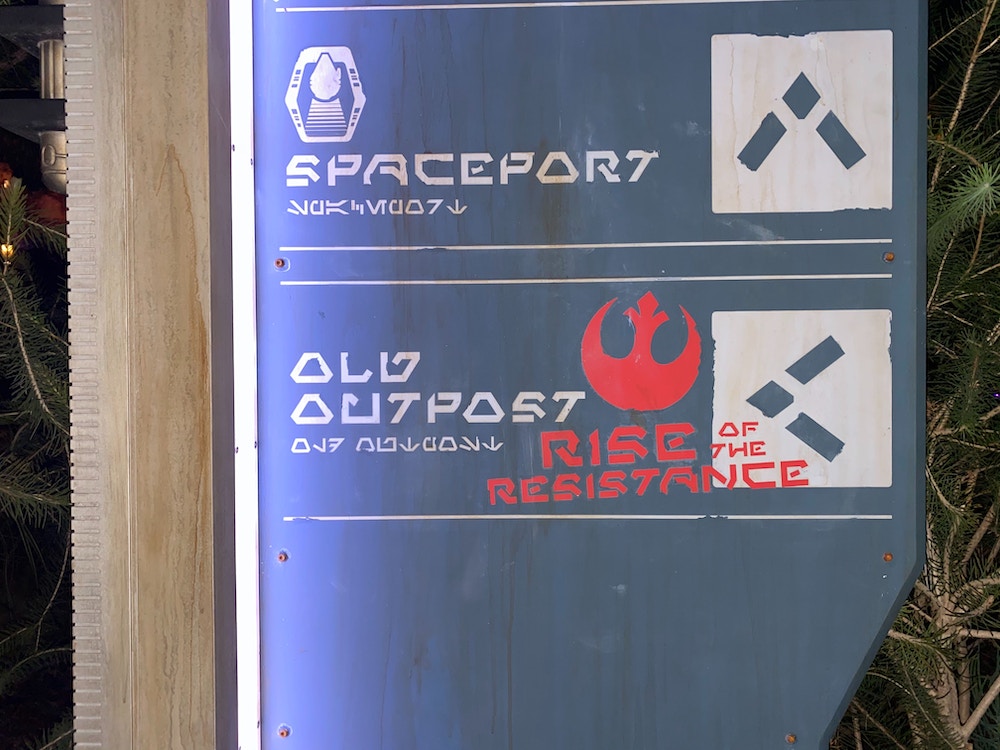 The entrance to the attraction is located at the Old Outpost, which the Resistance has turned into its base of operations on Batuu. 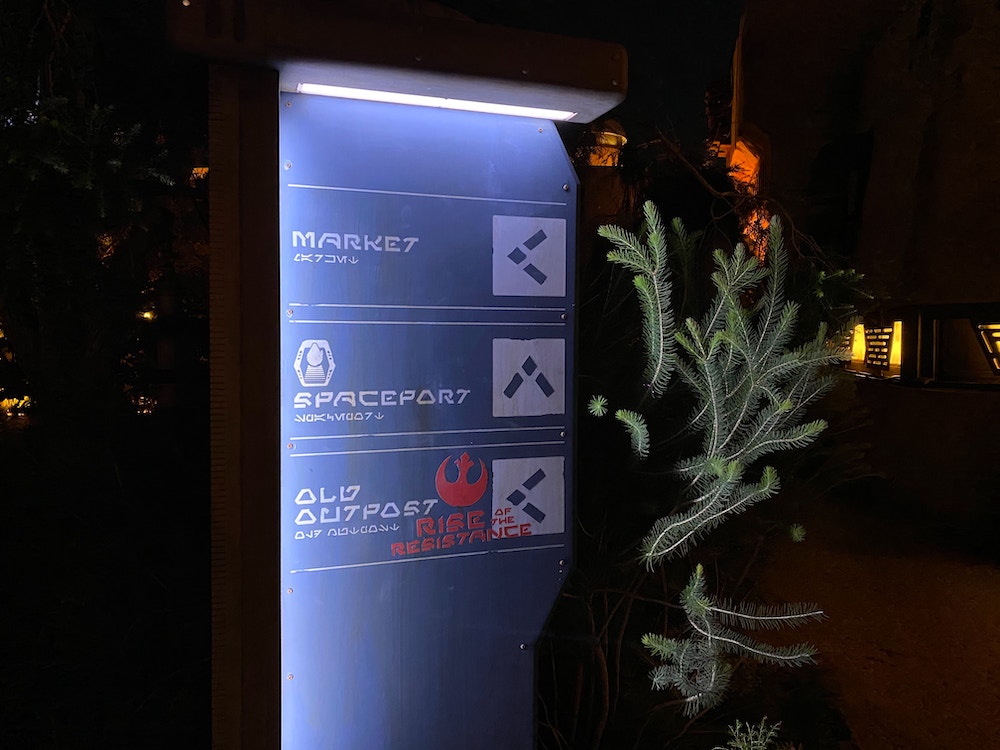 The sign feels organic at Star Wars: Galaxy’s Edge, like a visitor’s guide that’s been there for ages. (Plus, the lighting at night makes it look even cooler.) However, initial plans for the land stated that overt signage was to be avoided to keep everything organic, spontaneous, and in-theme.

Disney Extending Premier Passports 30 Days at a Time While Disneyland Resort Remains Closed, Full Extension To Be Made When California Parks Reopen