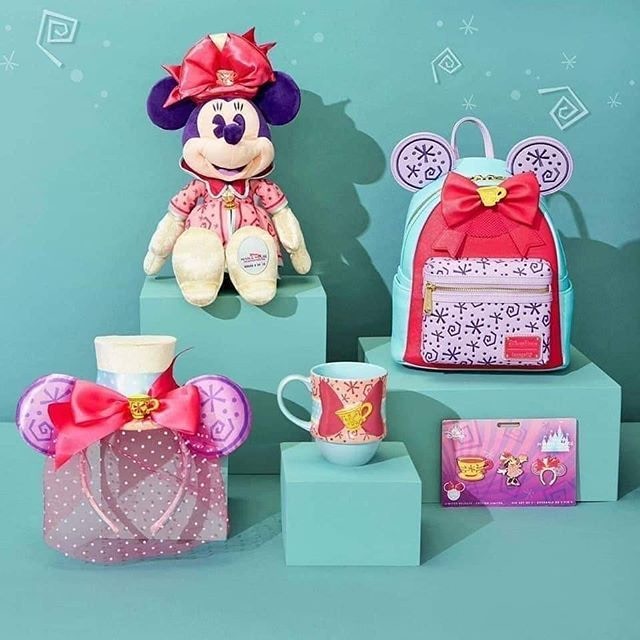 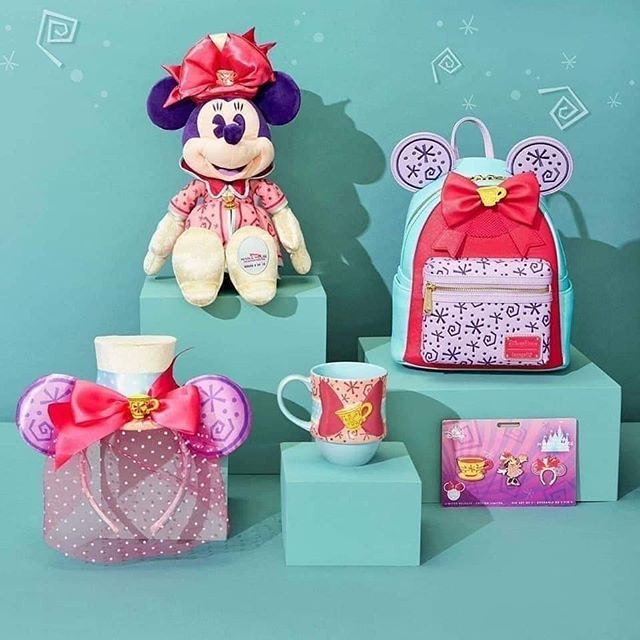 Pink, purple, teal are the colors of this Alice in Wonderland-inspired collection. The March collection features a Minnie Ear Headband that’s topped with a fancy hat, plus a teacup in the middle of the large satin pink bow. The ears themselves feature the classic Mad Tea Party teacup print in purple. The same pattern is seen on the mug, Loungefly backpack, and even Minnie’s dress.

The three pins include a teacup, Minnie holding up a teacup, and a small-scale image of the Minnie ears in the collection. You can house all three in the previously announced pin collectors book.

Each series will release on the 18th of each month and will be themed to a Disney Park attraction. All items will be available online and in select Disney Stores.

Disney previously stated that the collection would be available on the third Saturday of each month, so stay tuned to WDWNT for release dates on the February collection.