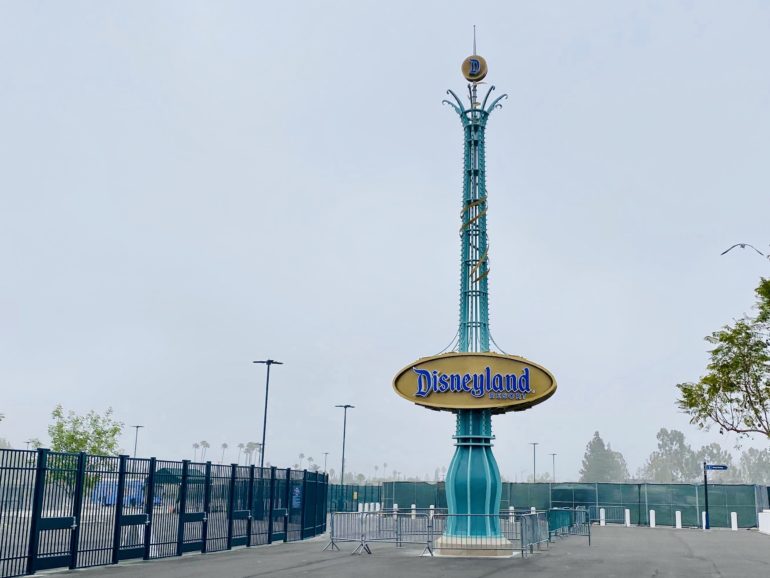 The Downtown Disney District sign removed from the district in April 2019 has returned — but with a new identity, new location and much more classic look. 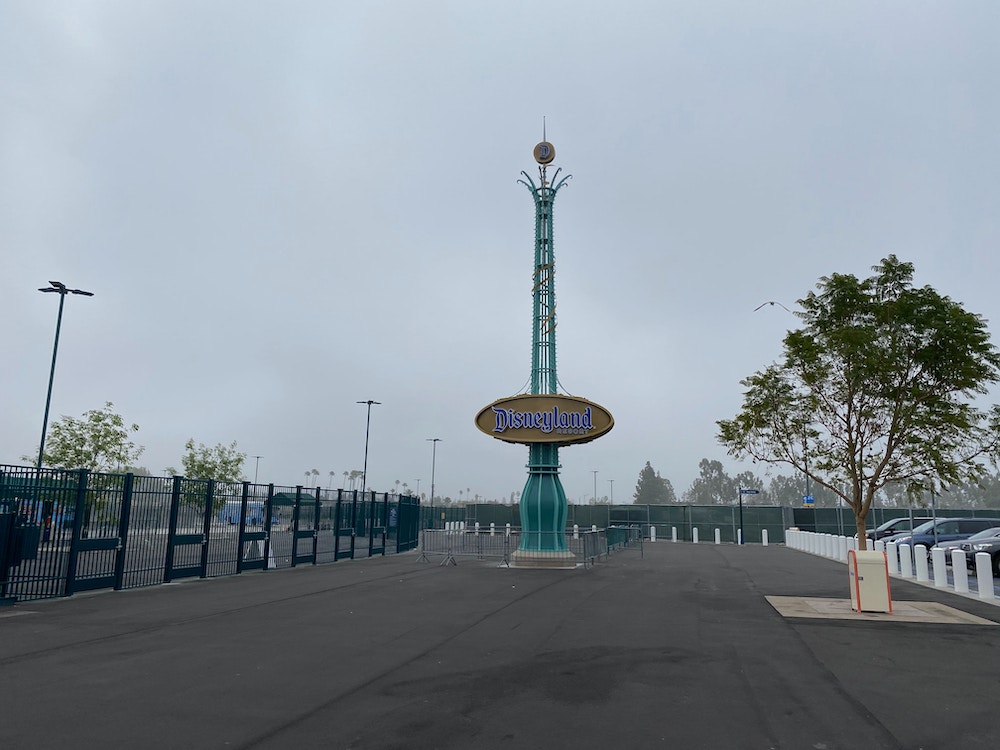 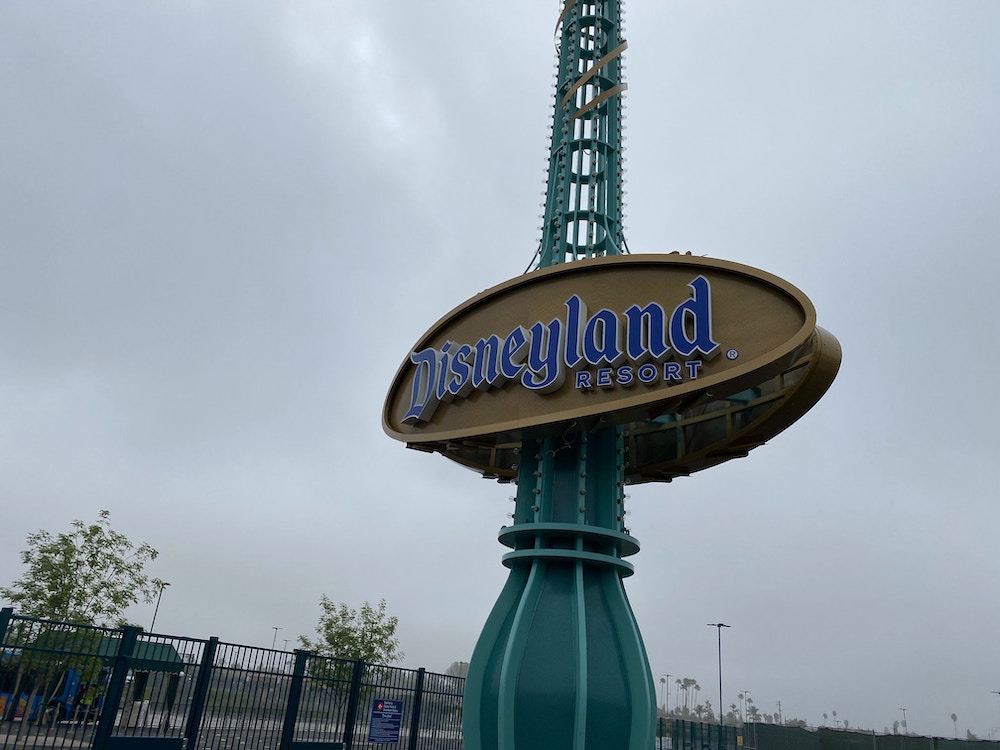 The sign has a new dark mint paint job and a gold and blue Disneyland resort logo. Previously, the sign was more of a primary green color and featured a red and yellow Downtown Disney logo. 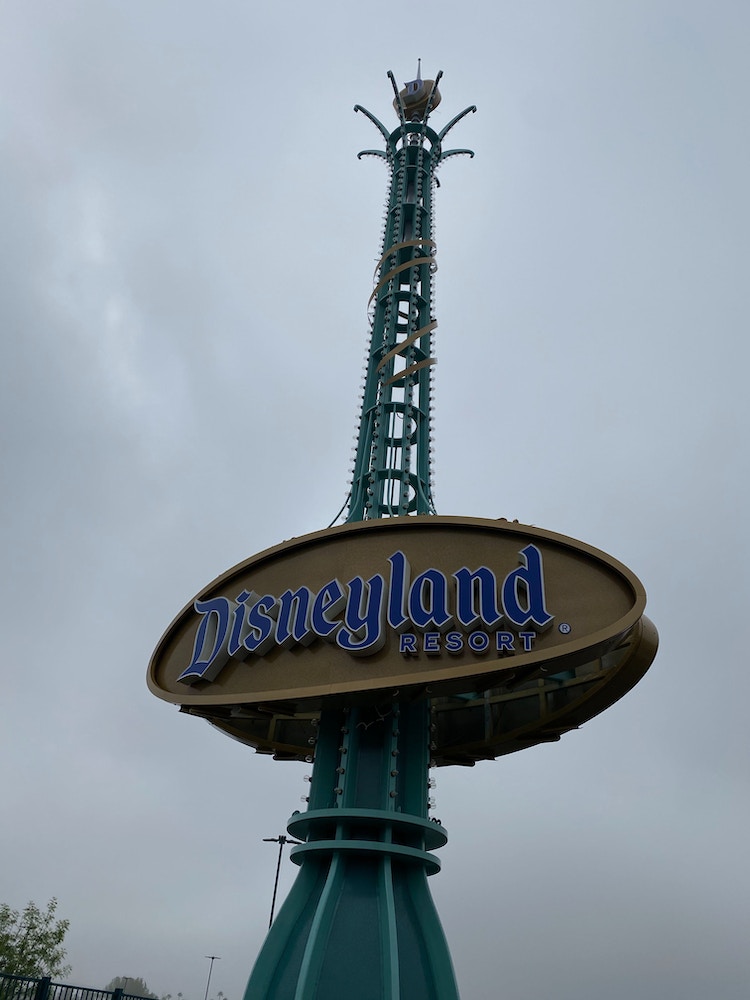 The sign also has a nice gold ribbon wrapping around the spire, with a gold and blue “D” replacing Downtown Disney’s initials at the top.

But our first question was this: what’s the deal with the lights that were often neglected on the original sign shown here? According to Cast Members, the lights do not work and will not be a feature we’ll see at night. Well, that’s one less maintenance report for Disney to file. 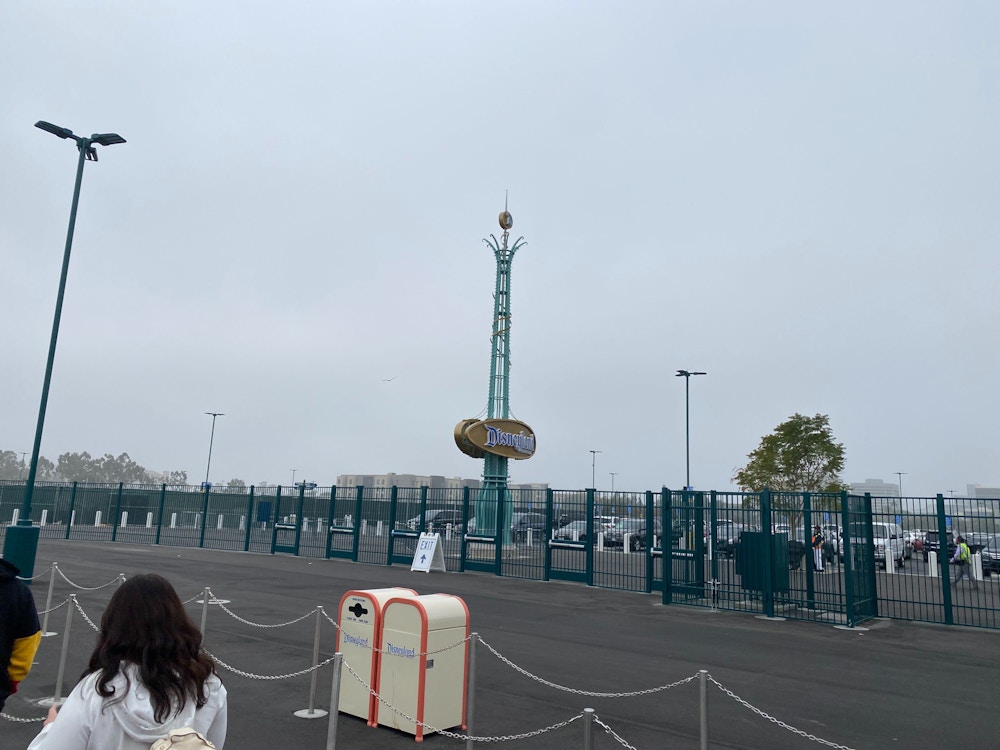 Would you call this a glow up, or — with the missing lights — a glow down?