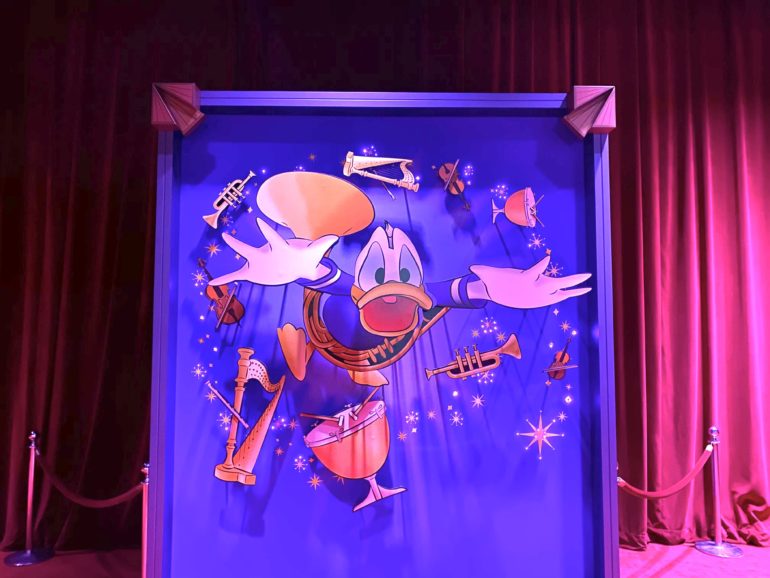 A new Donald Duck backdrop is now on display in the pre-show waiting area of Mickey’s PhilharMagic at Disney California Adventure. 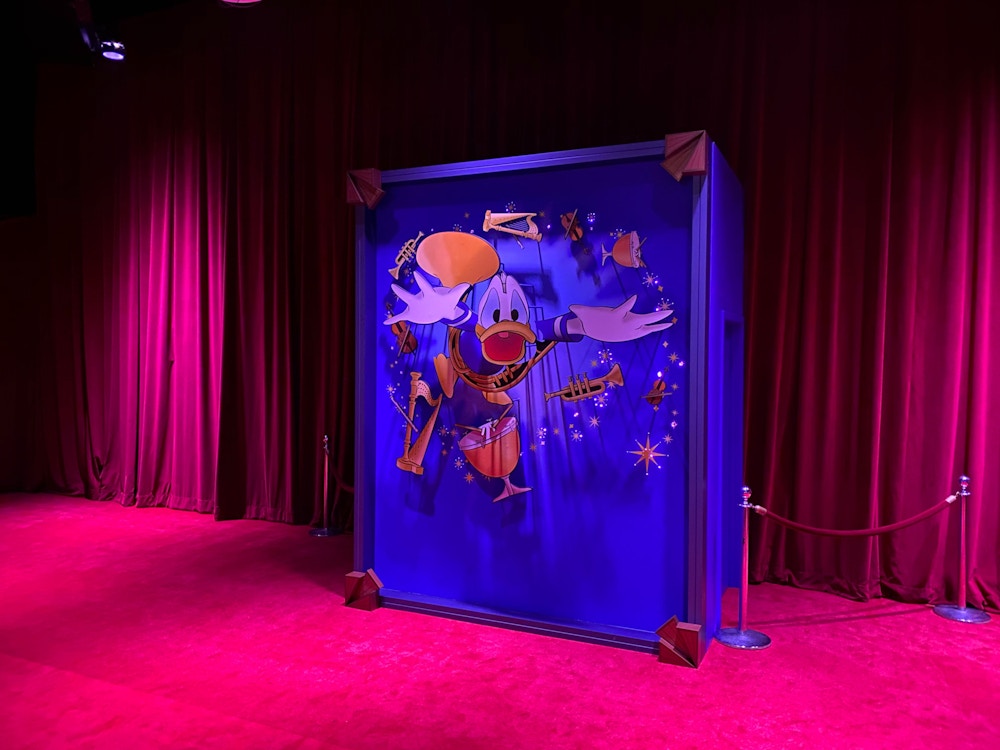 The scene on this blue backdrop shows Donald Duck as after he stumbles his way through the show looking for Mickey’s conductor’s baton. It captures that perfect moment right before he flies past you in the theater. The backdrop also has lights that fade in and out, which adds some showbiz magic. 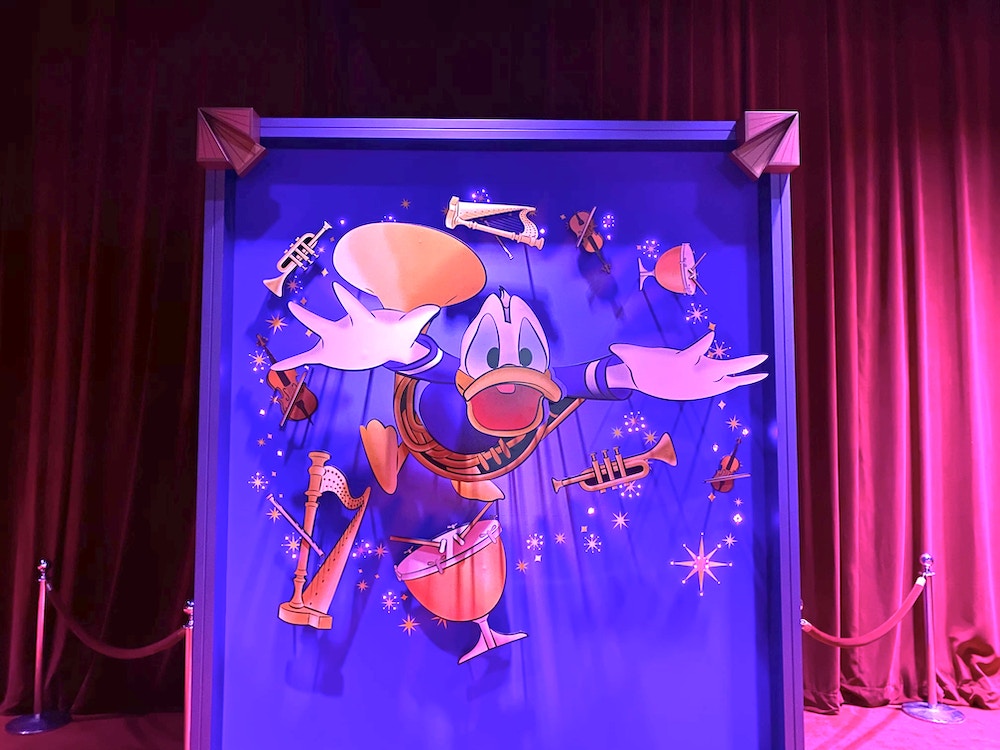 Taking a few photos in front of Donald makes for a fun way to keep yourself occupied while waiting for the show to start. Put on your 3D glasses, and take all the selfies you can stand. 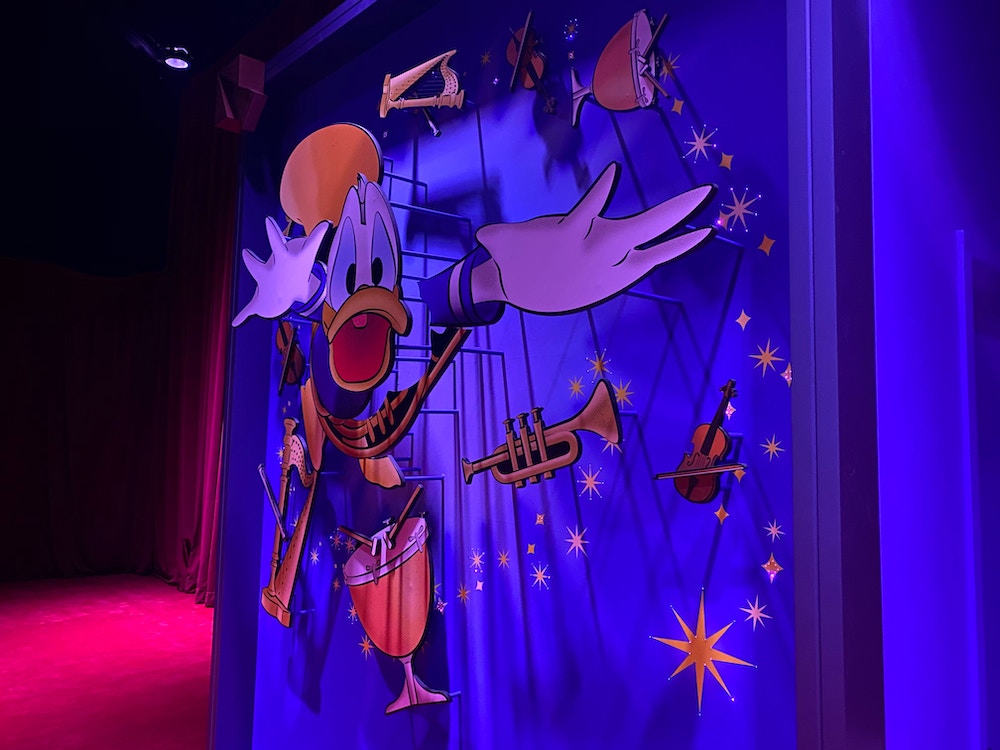 Like the show, the sign has its own 3D features. Many of the backdrop’s photo elements pop outward. 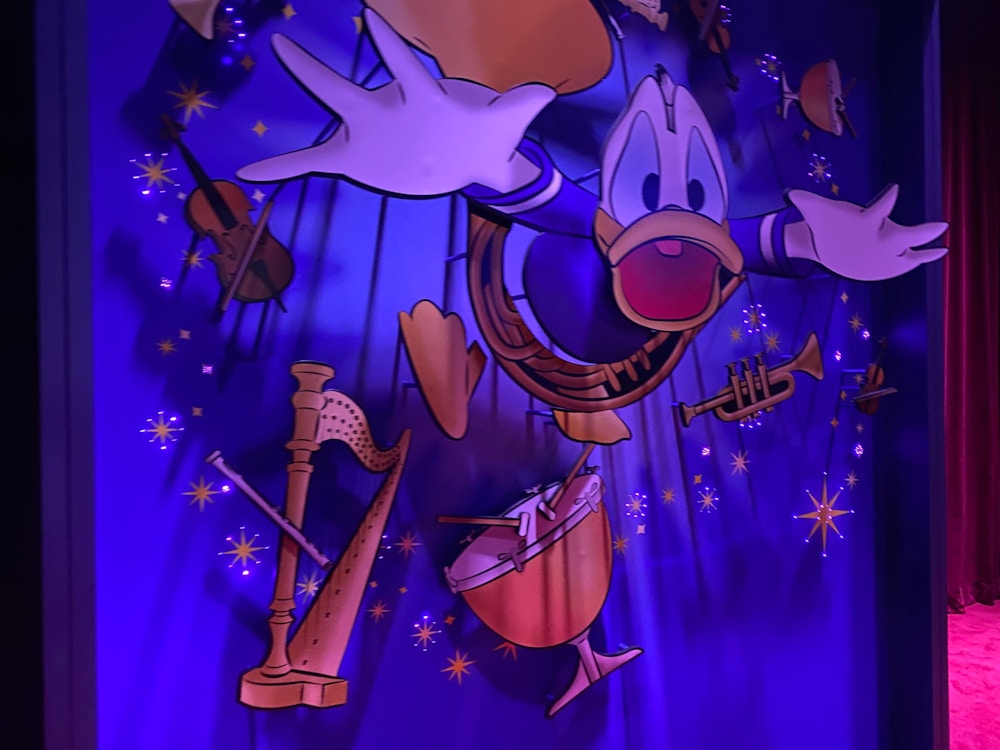 Here’s an up-close view of the sparkling lights, which you can see beside the gold starbursts. 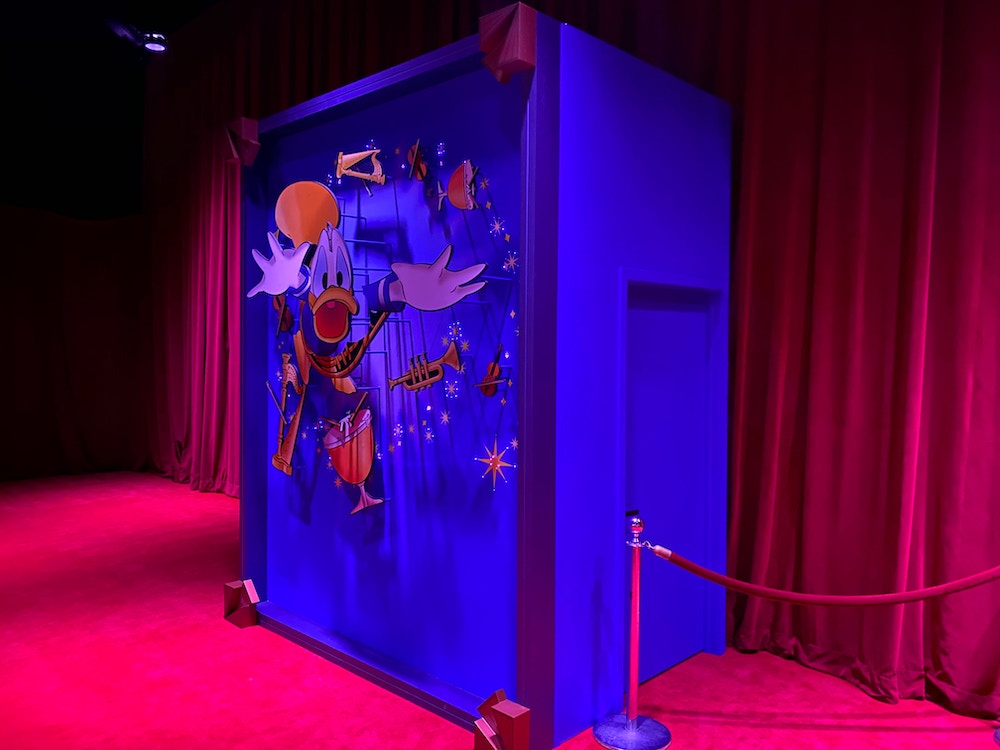 I wonder who’s hiding back there…

Will this Donald backdrop make it on your Disneyland photo op list?