Work on the months-long refurbishment of Snow White’s Scary Adventures in Disneyland is moving along, as scrims have gone up around the beloved attraction. 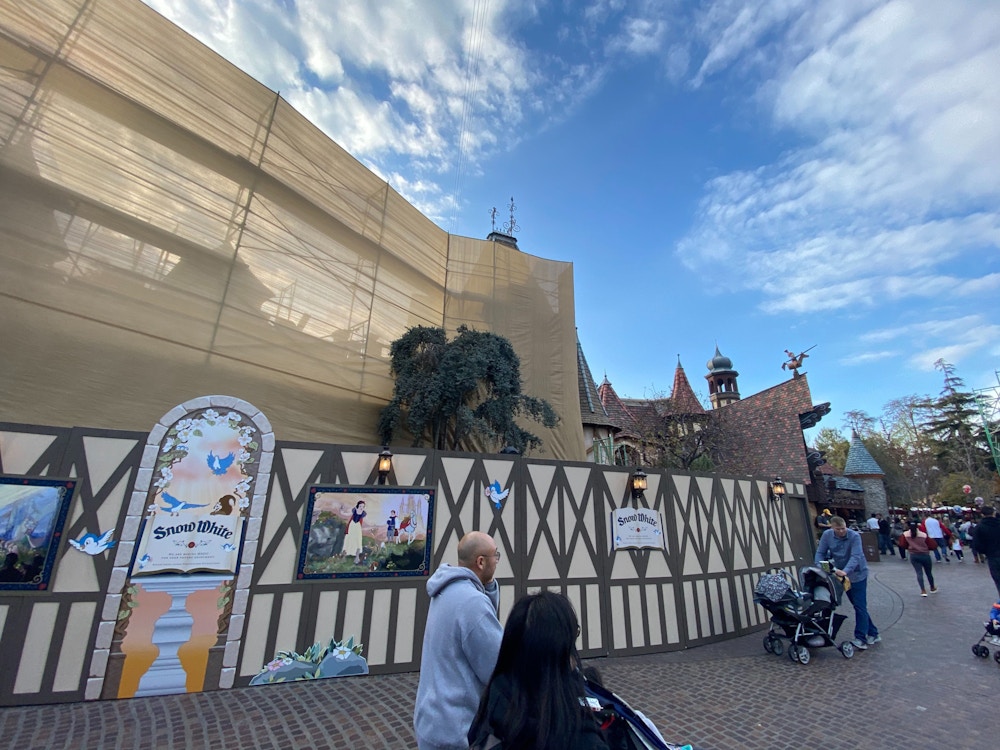 And with this project lasting for months, they’ve made the construction walls a little more pleasant with some artwork inspired by Snow White and the Seven Dwarfs. 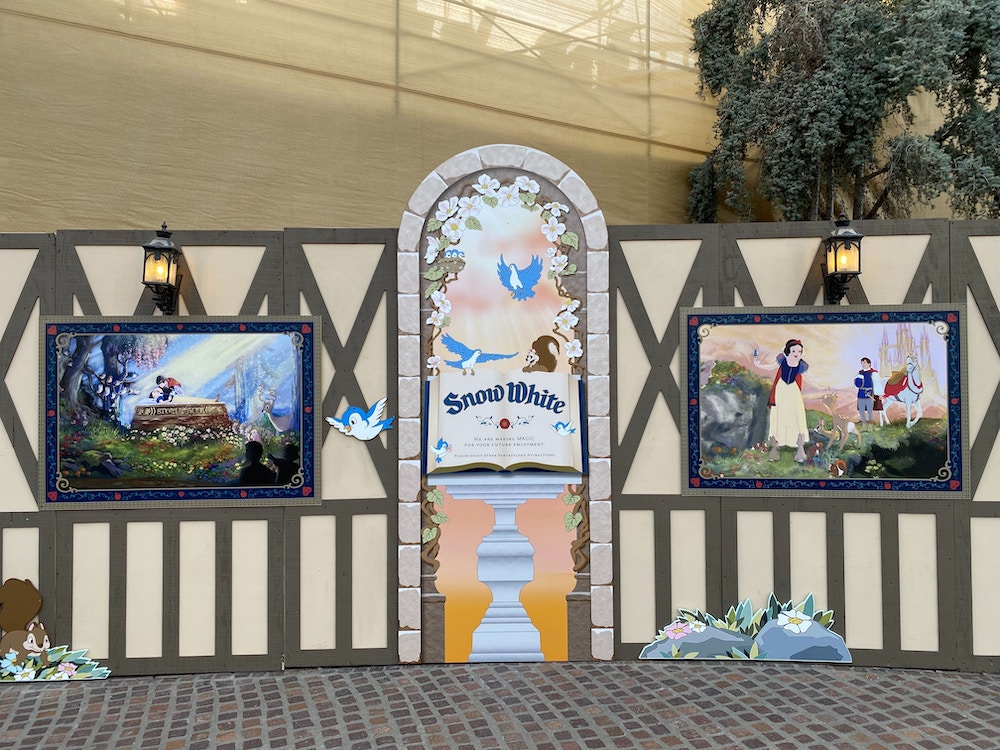 I have to admit, it does make for a pretty photo op. At least it’s nicer than just a plain wall. 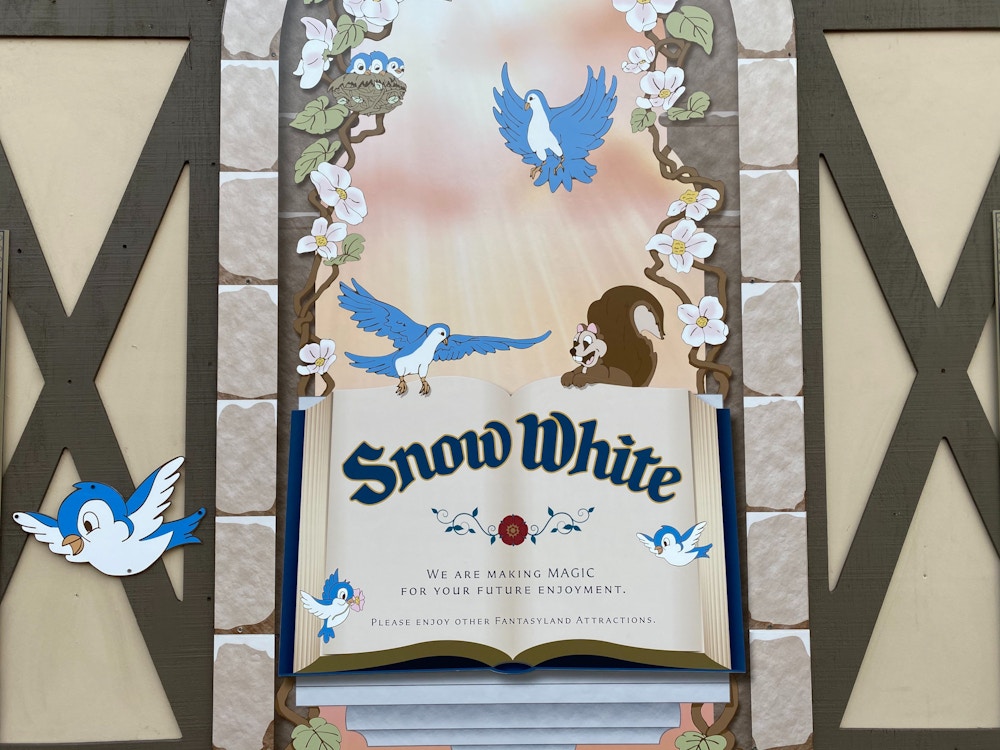 The centerpiece is a book on a pedestal surrounded by Snow White’s forest friends, reading “Snow White – We are making MAGIC for your future enjoyment. Please enjoy other Fantasyland attractions.” 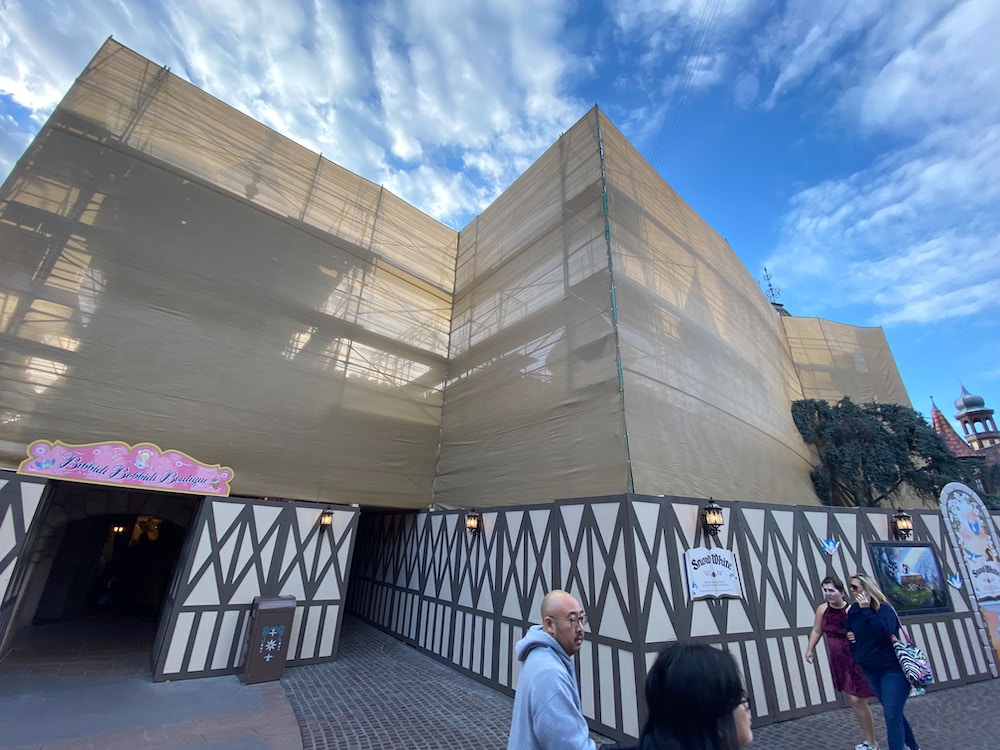 Meanwhile, the attraction’s exterior has been covered by scrims, extending all the way to the Bibbidi Bobbidi Boutique. 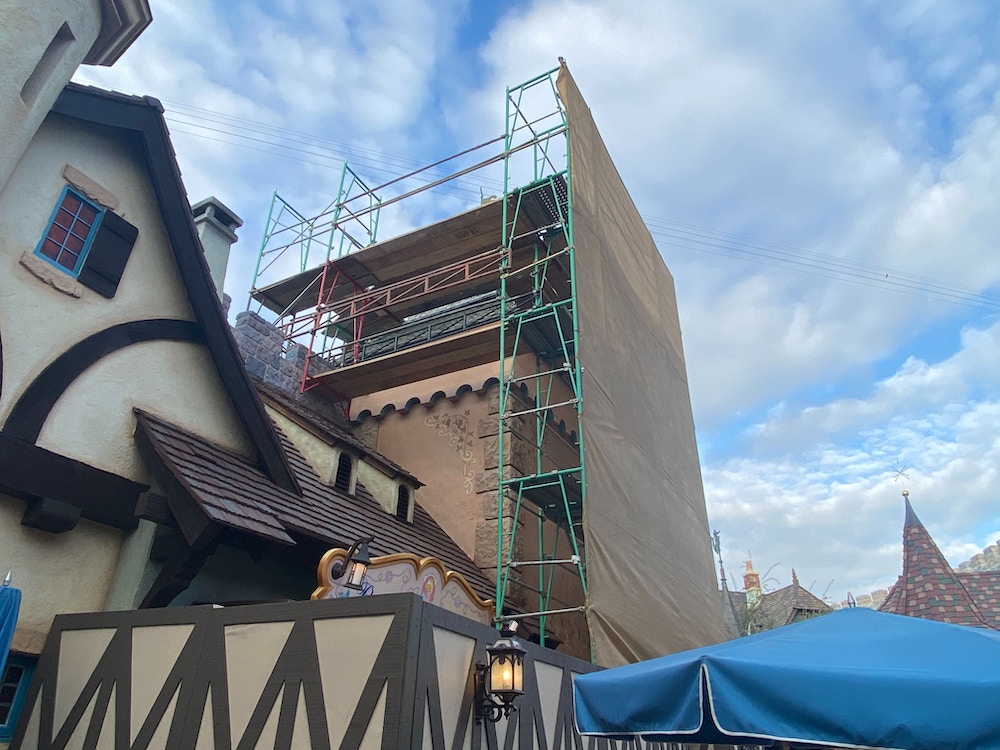 They seem to stop by the shop, which remains open during the refurbishment. 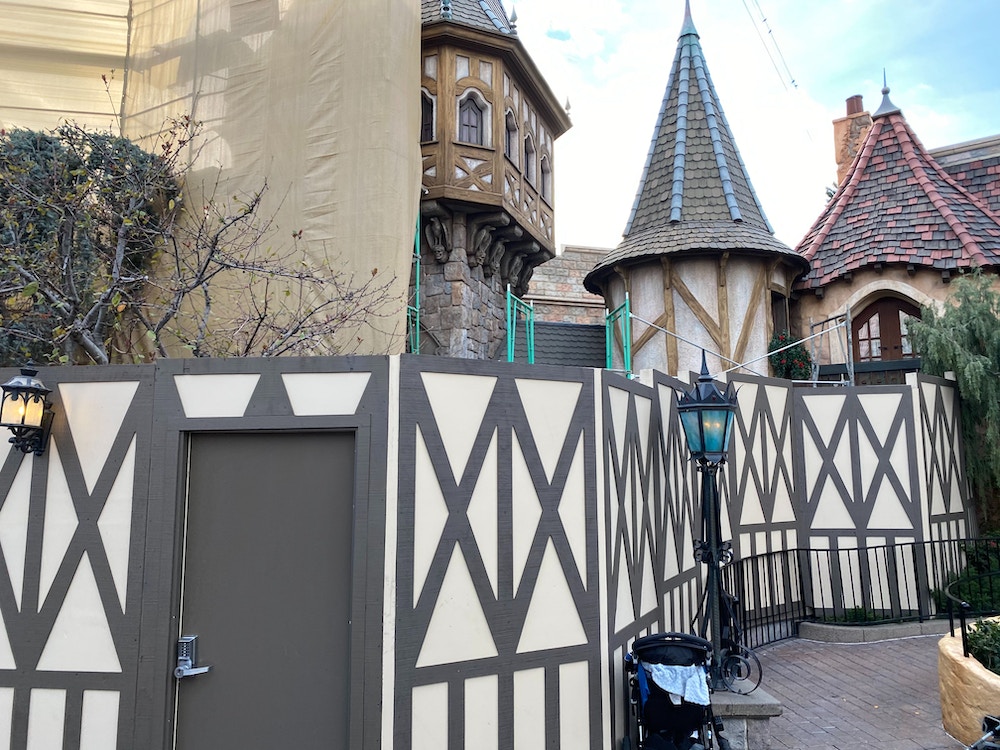 Things are certainly getting busy at Fantasyland ahead of the park’s 65th anniversary. When the ride reopens, it will feature upgraded technology, including new music on a state-of-the-art sound system, LED black lighting, laser projections and a new animation system. In addition, it will feature a new scene where Snow White wakes up from her death-like sleep and reunites with the animals of the forest. 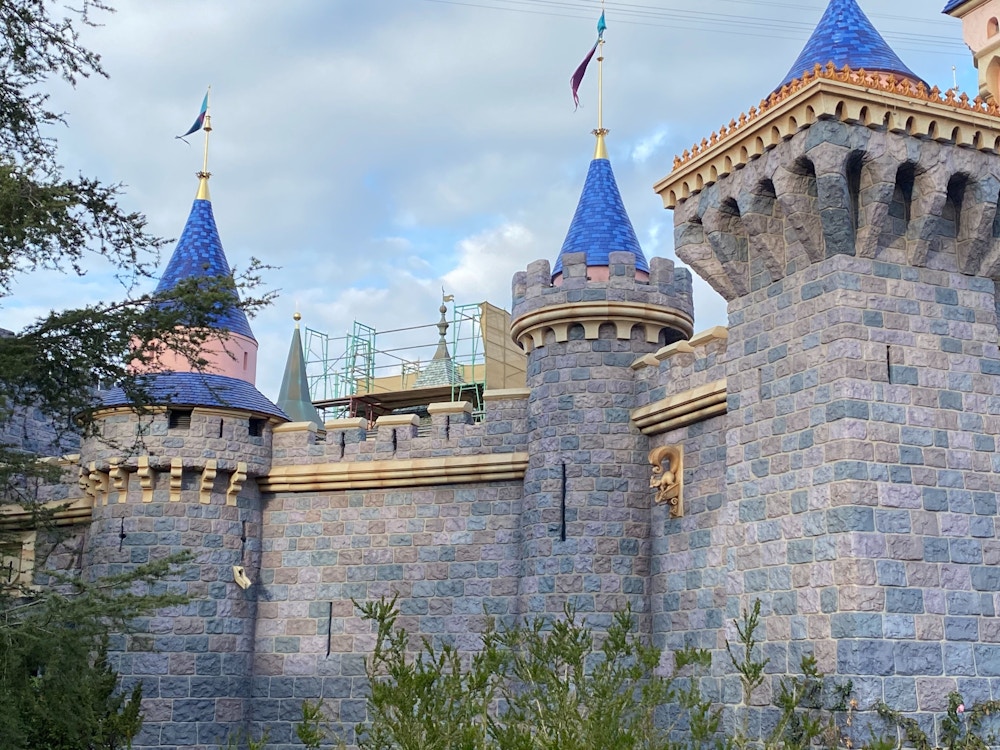 You can even see the scrims from beyond Sleeping Beauty Castle!

Snow White’s Scary Adventures is currently scheduled to reopen in May 2020. Keep reading WDWNT and Disneyland News Today for updates as this attraction gets re-imagined!