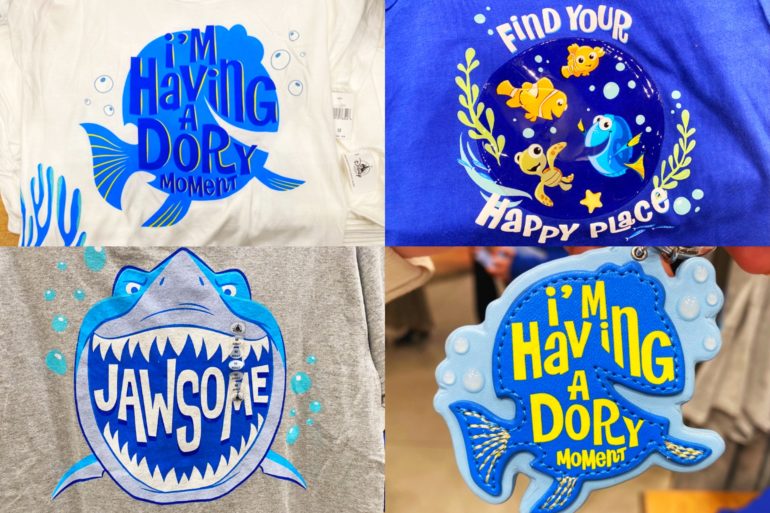 The latest round of additions to “The World of PIXAR” merchandise series takes us “Beyond the Sea” to the world of “Finding Nemo.” Whether you’re feeling like a clownfish, a shark or a forgetful regal blue tang, you can get animated with these new items! 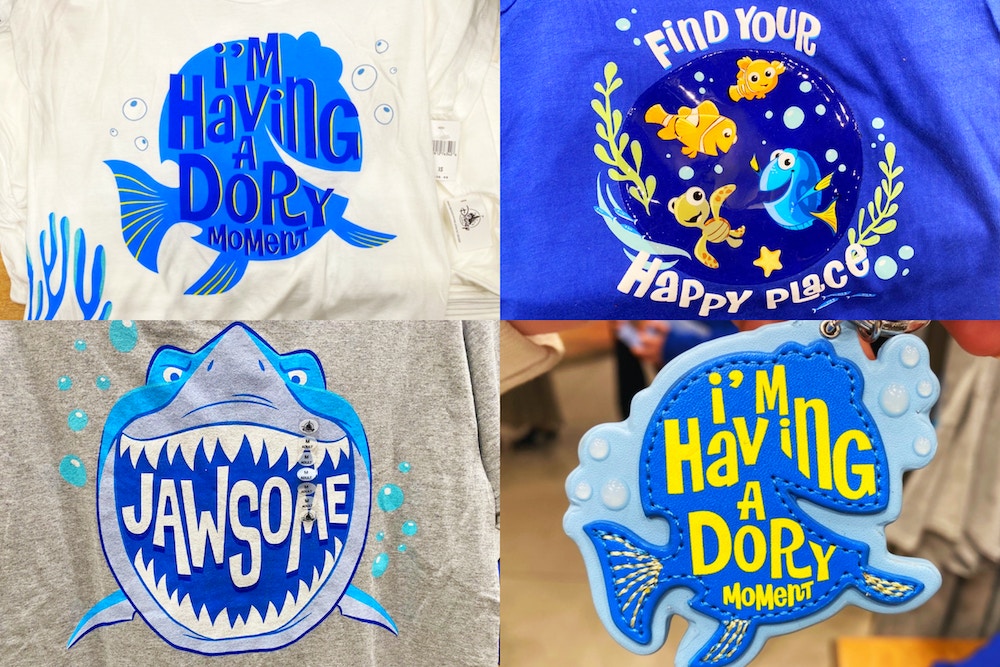 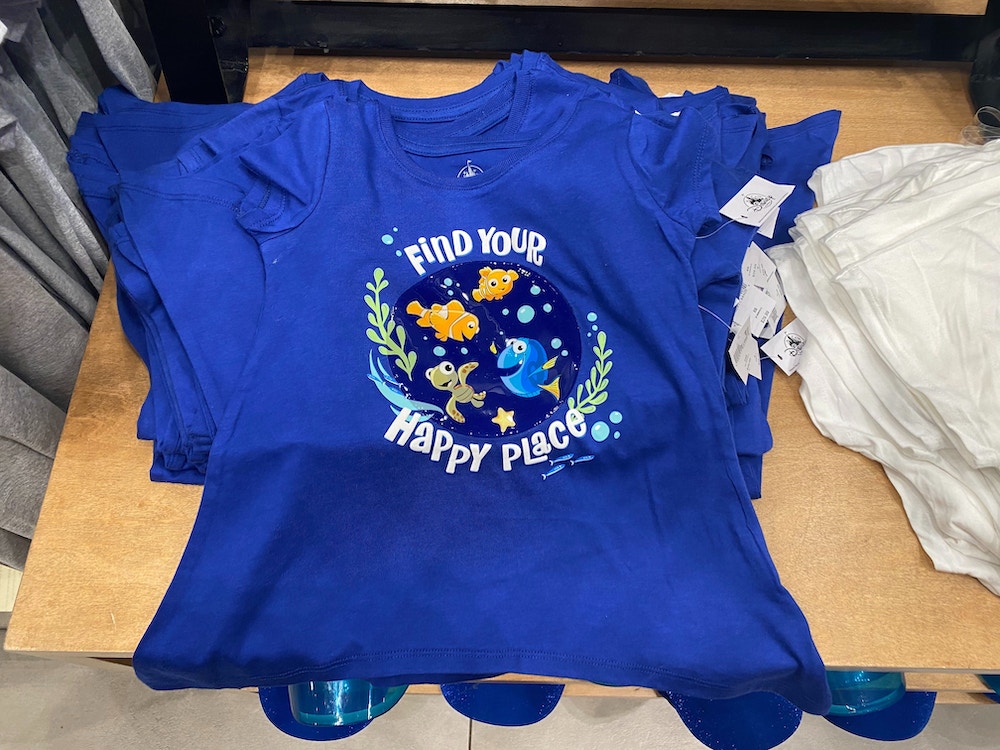 If you’re at a Disney Park, odds are you’ve already found your happy place. But in case you need to a reminder, you can take a look at this blue women’s t-shirt, featuring Nemo, Marlin, Dory and Squirt surrounded by the phrase “Find Your Happy Place.” 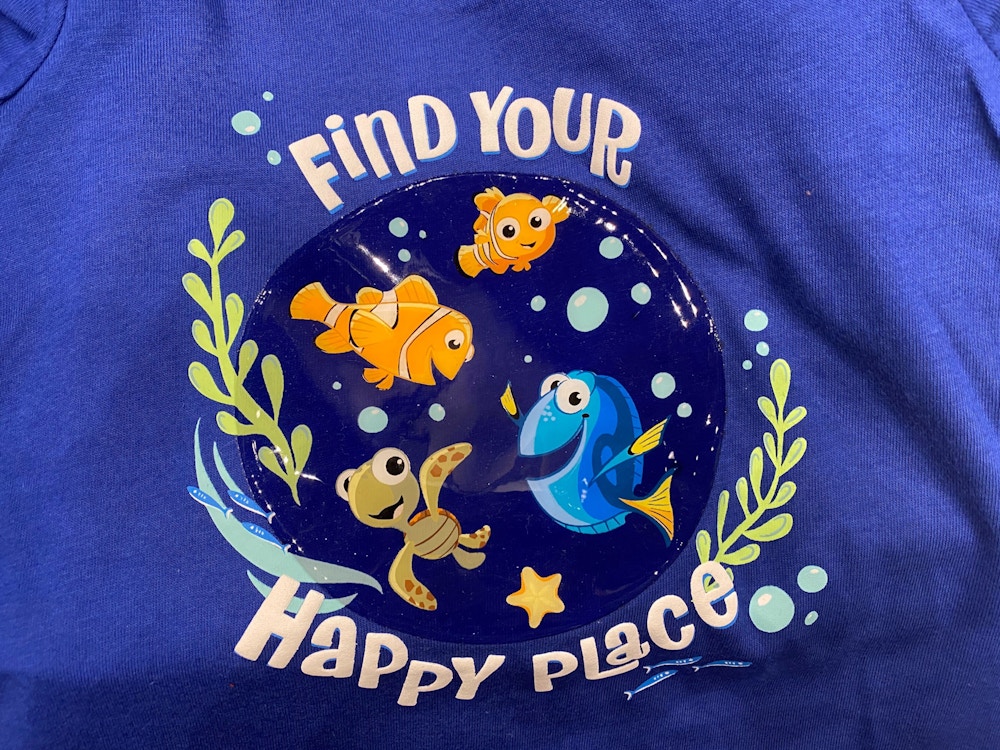 The way the shirt was designed, it looks like the fish are hanging out in a large bubble… which I suppose could be a happy place. 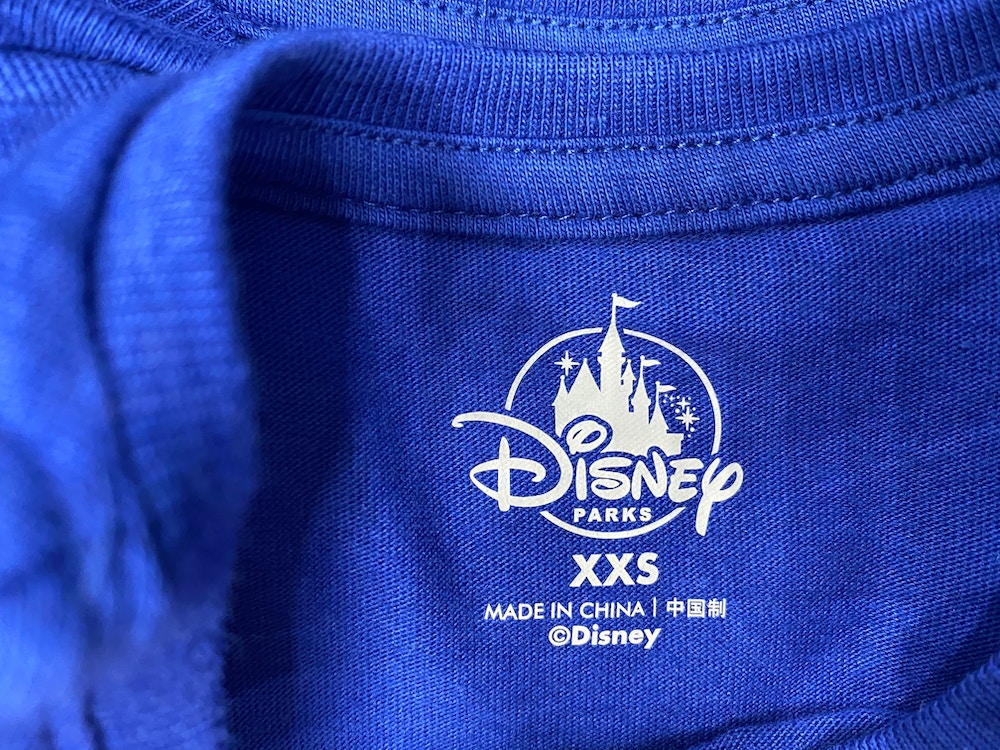 Here’s a close-up of the fabric, which looks like a standard for Disney Parks. 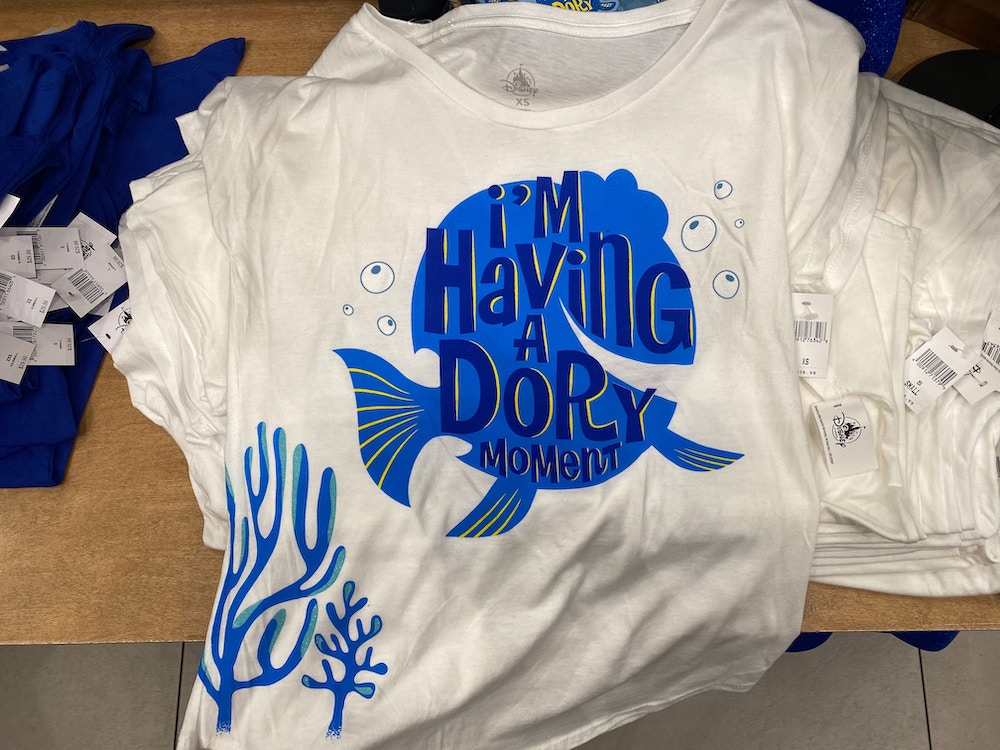 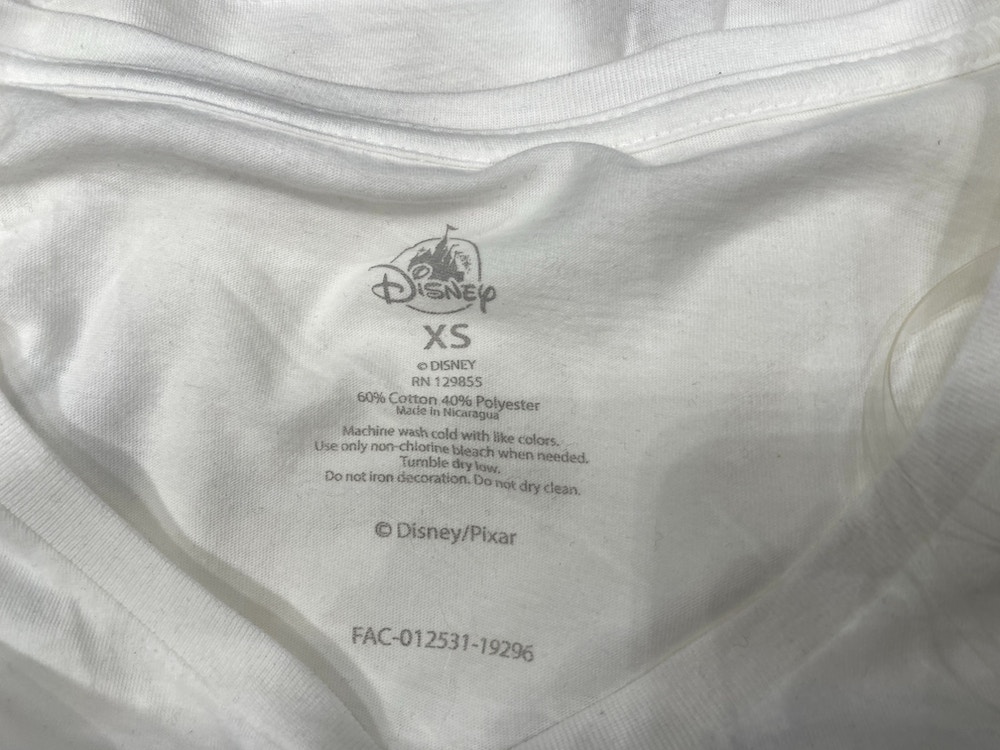 The fabric looks a little softer than the usual offerings, so this should be a very comfortable shirt. 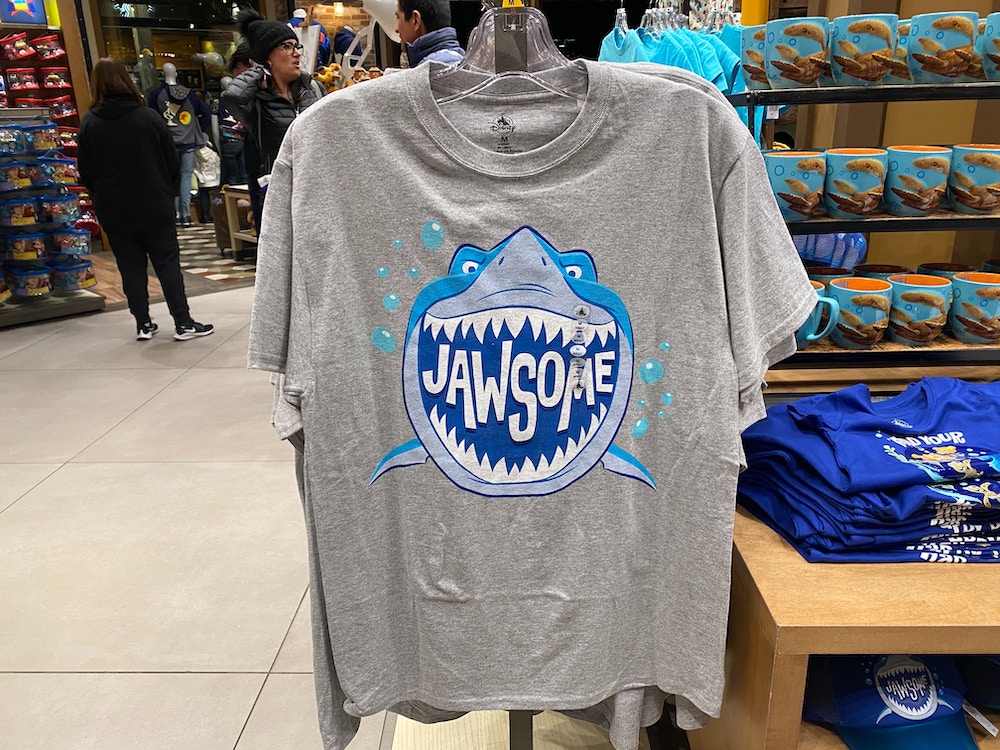 You know what character I like? Bruce. He fights his constant fish craving and tries to make them feel like welcomed friends. He wants to be kind to the big and the small. That’s why I love that the shark gets his due on this new gray t-shirt, featuring the word “Jawsome” in between Bruce’s razor-sharp teeth. 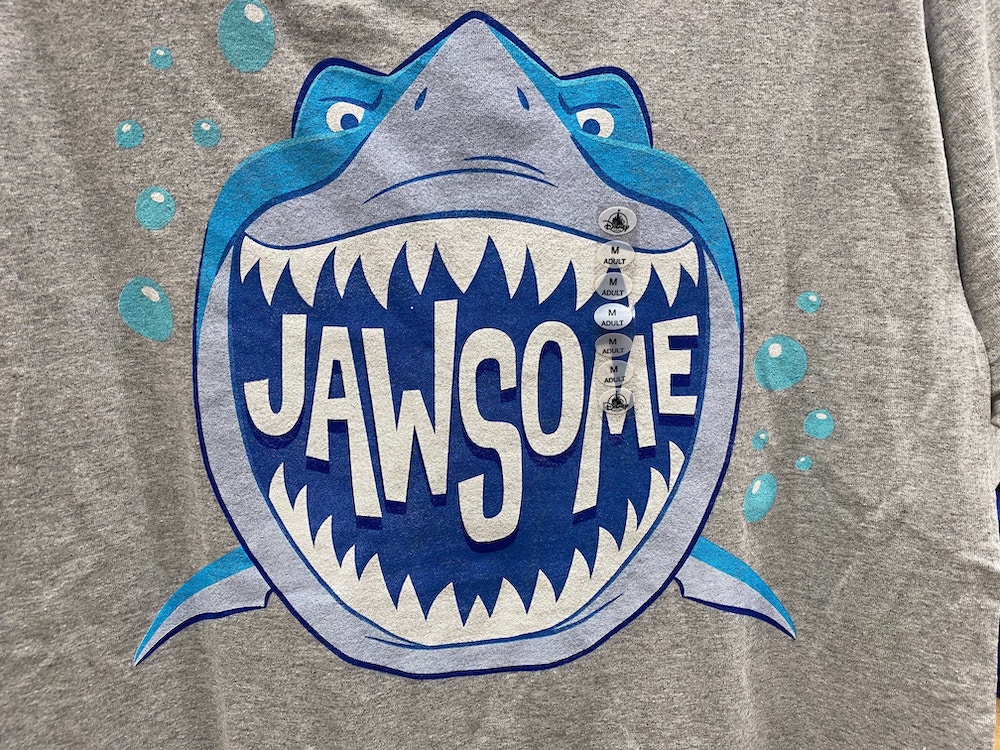 It’s a nice complement to the hat with the same design we found earlier this week. 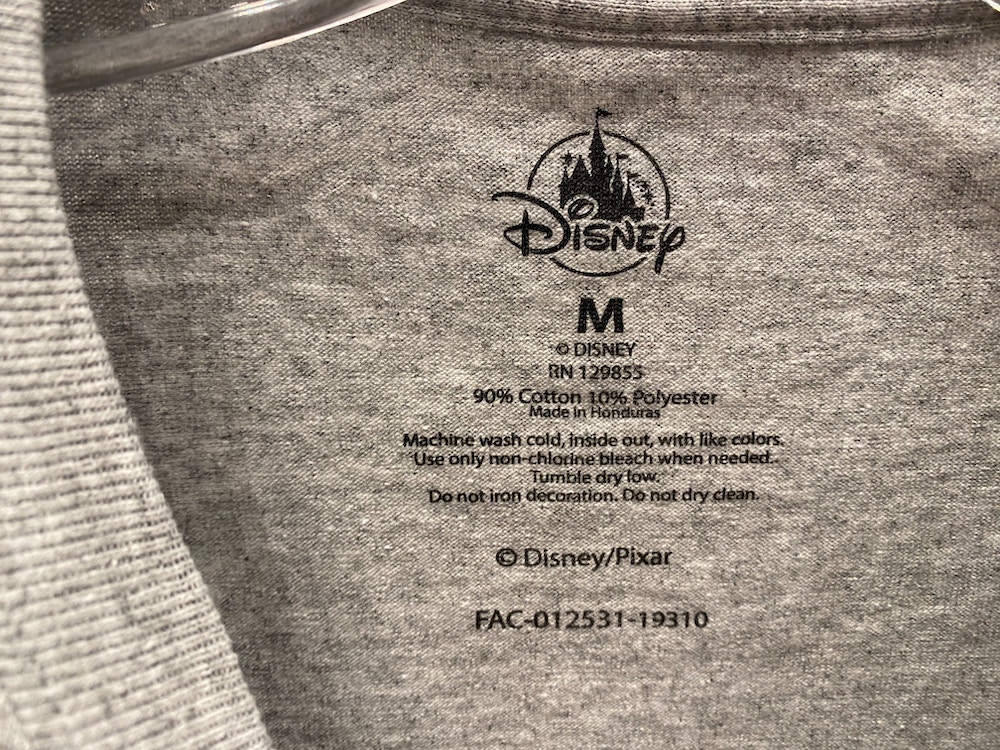 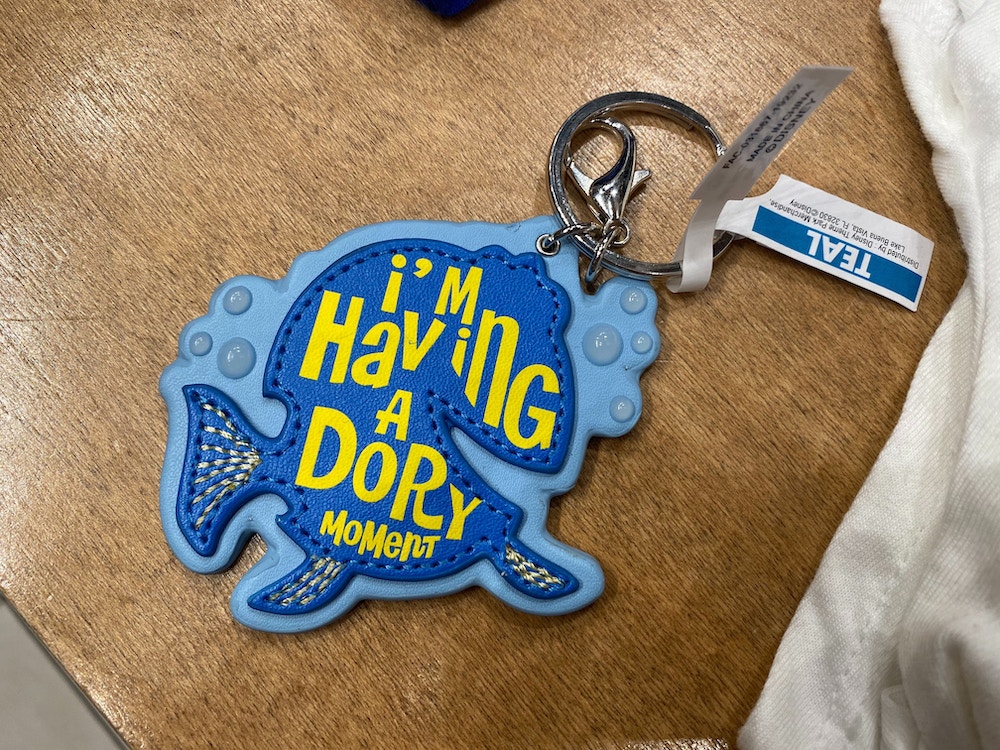 Did you forget your keys? Odds are you’re having a Dory moment. And now you can say it with this keychain. 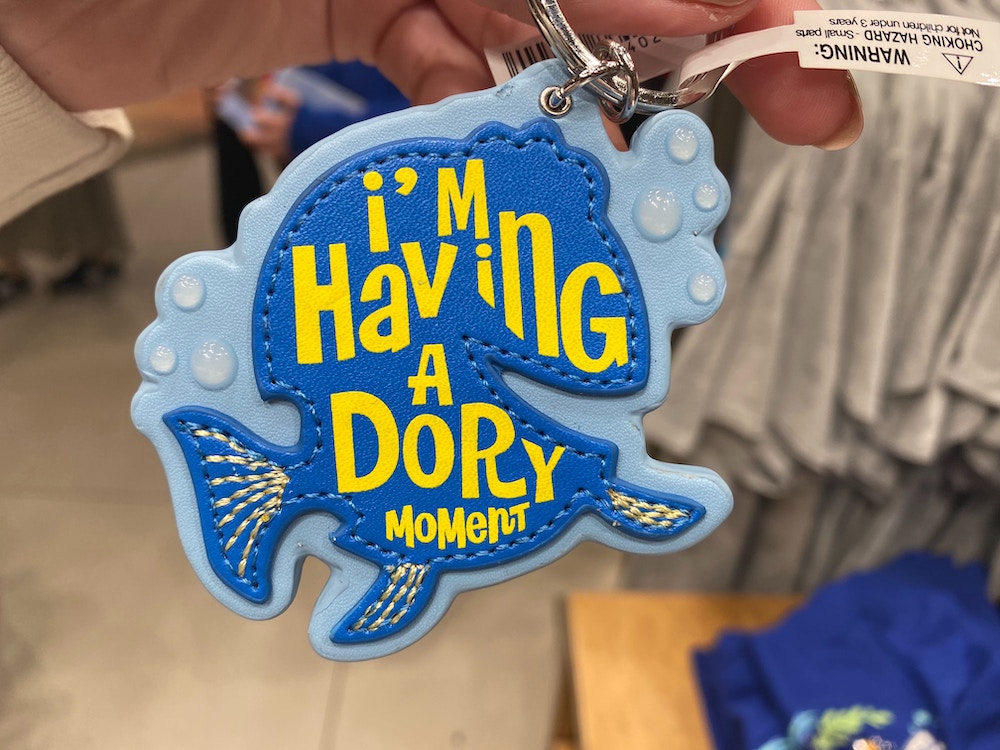 But no matter what you do — whether you have your keys or not — remember one thing: just keep swimming. 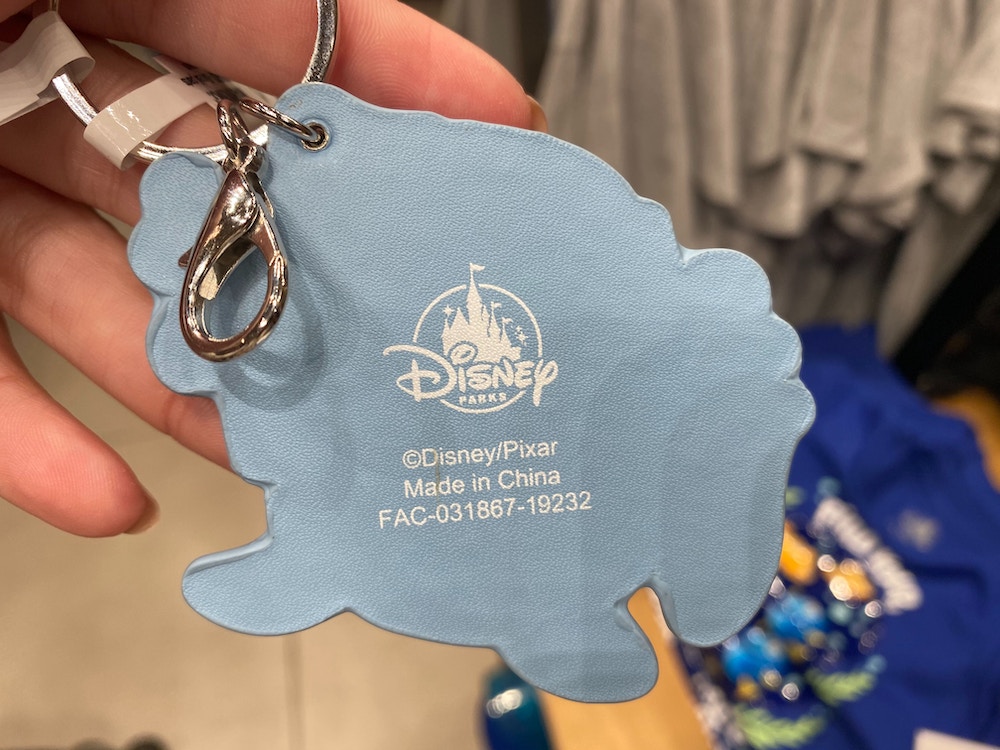 Like most of the items we’ve found in the collection so far, they are available at World of Disney in Disney Springs.

What items do you find unforgettable? Let us know in the comments below!

PHOTOS: New “The World of PIXAR” Spirit Jersey and Merchandise Lands at the Disneyland Resort

PHOTOS: Even More “The World of PIXAR” Merchandise Arrives at Walt Disney World