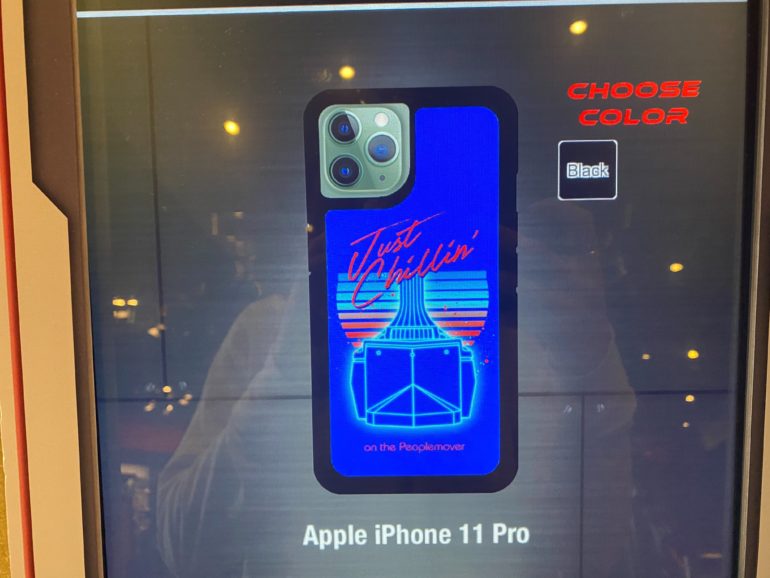 It’s been a couple of decades since Disneyland guests have been able to chill on the PeopleMover, but that doesn’t mean the love and lore for the classic attraction isn’t alive and well. New to D-Tech on Demand kiosks at Disneyland is a “Just Chillin’ on the PeopleMover” phone case. The new case is available to be personalized at the D-Tech on Demand kiosk inside the Star Wars Launch Bay in Tomorrowland. Personalization is also available for an extra $5.00. The blue case features very ’90s lettering that says “Just Chillin’” over a design of the PeopleMover beaming forward. Beneath the PeopleMover car, it says “on the Peoplemover.” It’s interesting to note that the design for this case is more akin to the Tomorrowland Transit Authority PeopleMover in Walt Disney World than the covered vintage-style PeopleMover of retro Disneyland. The case is available for $29.99 and is perfect for showing off your love for the PeopleMover. Now, if only they could bring back the PeopleMover and Rocket Rods! We expect this case to make its way to D-Tech on Demand kiosks at Walt Disney World soon.