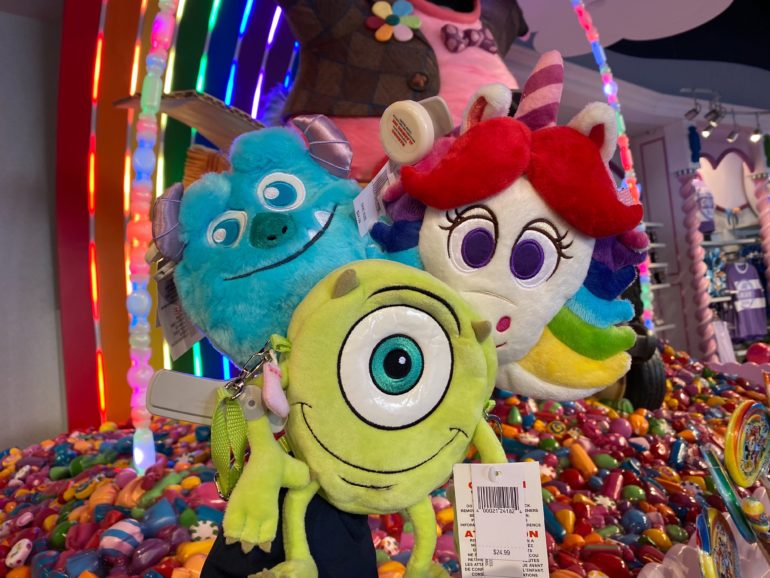 Who doesn’t love the characters of Pixar? For decades, they’ve captivated our hearts, and now you can put your money where your love of Pixar is with these new purses available at Disney California Adventure! 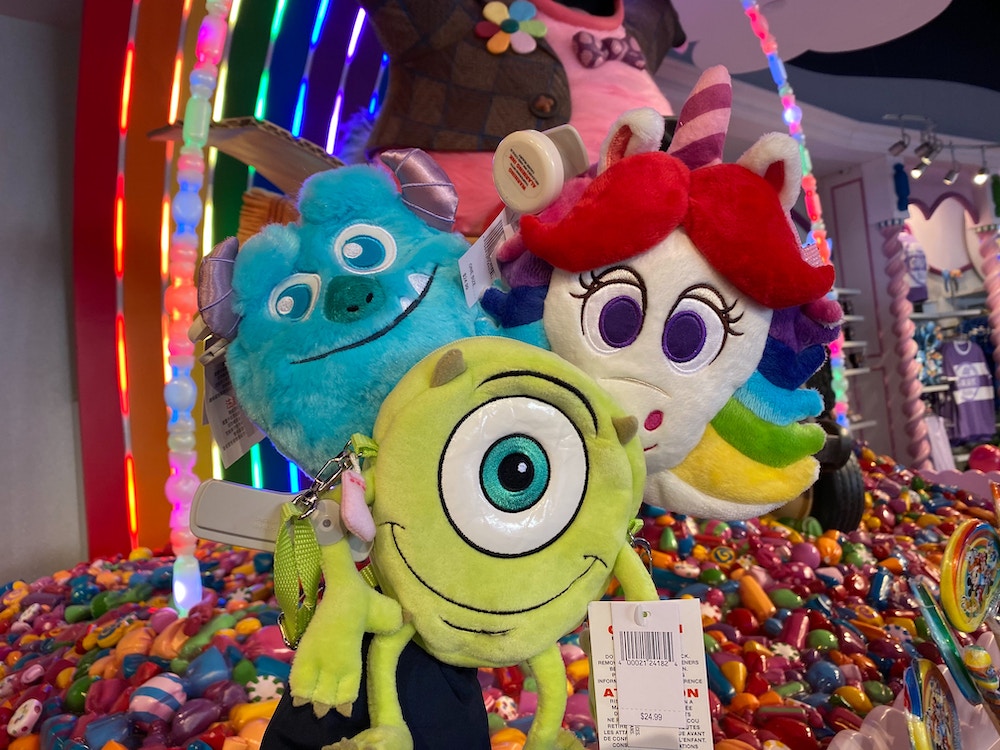 Monsters, Inc.‘s Mike Wazowski and Sulley and Inside Out‘s Rainbow Unicorn are the subjects of these new purses, and they look the cutest purses out there! 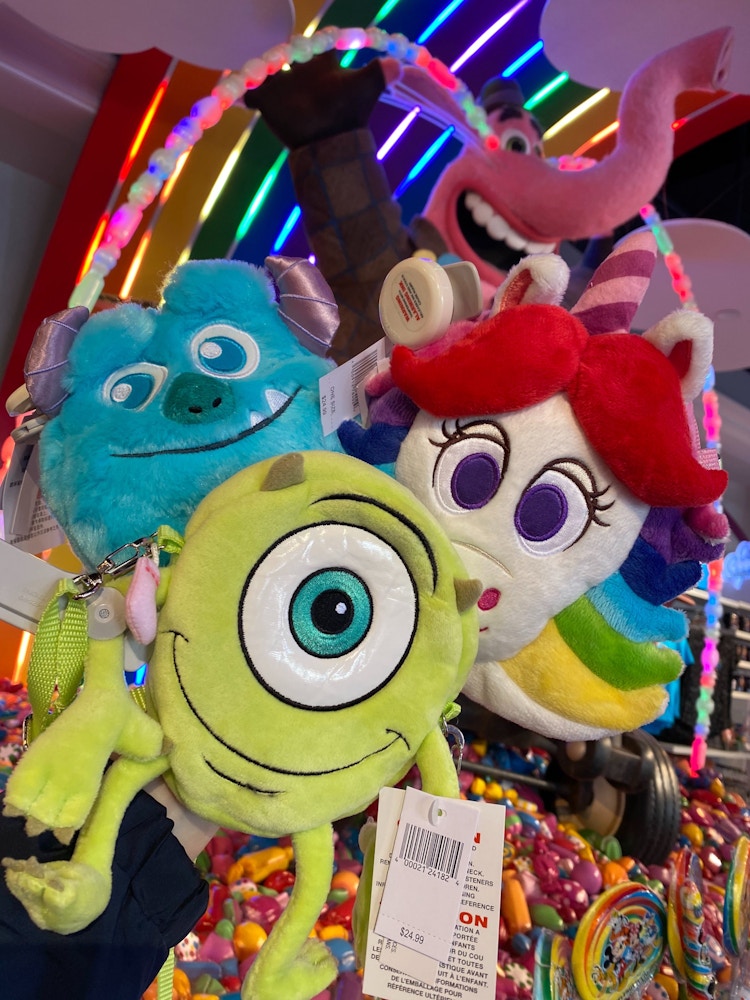 Sadly, Bing Bong is not yet a purse in this series. But boy, would he fit right in! Let’s take a closer look at these bags! 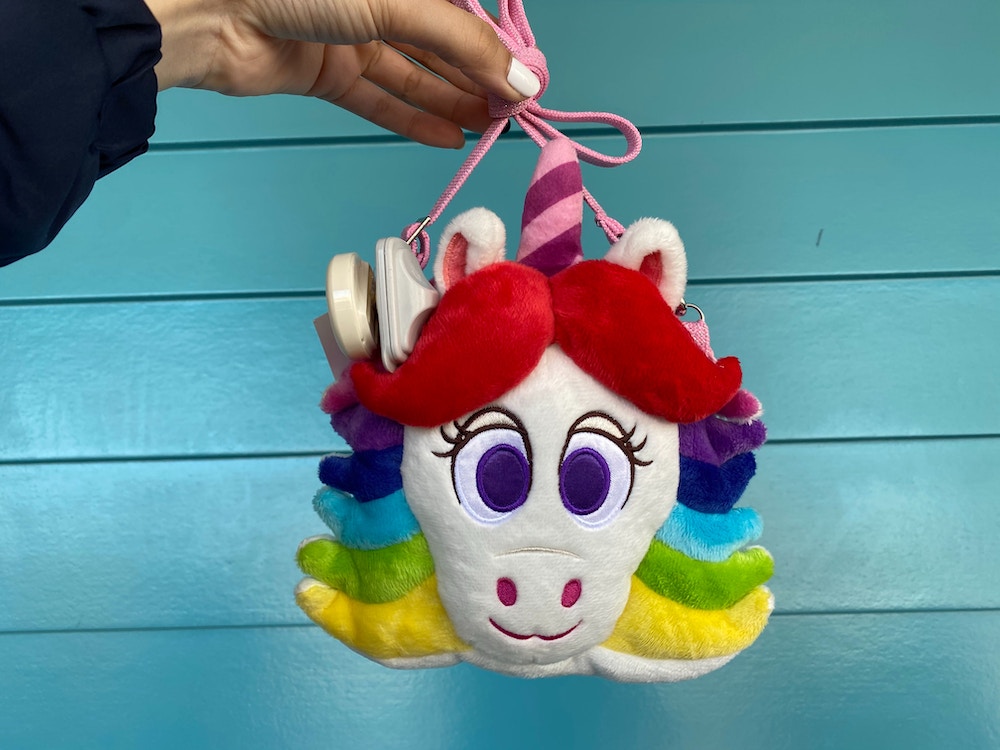 Straight from Dream Productions, Rainbow Unicorn can hold your belongings! 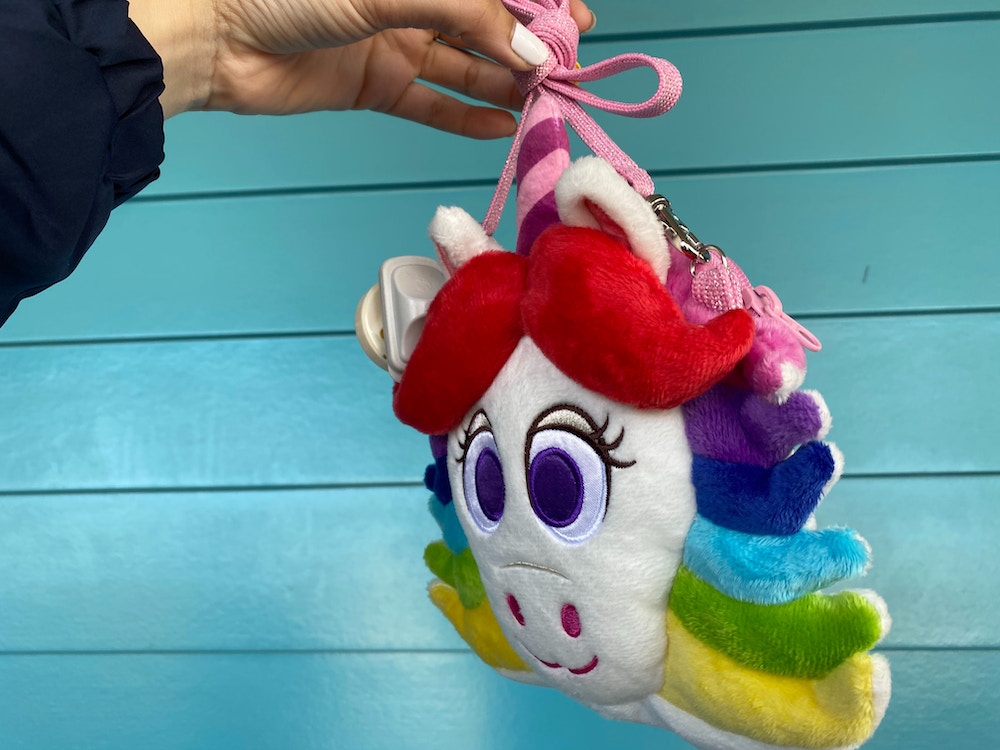 Featuring her multi-colored mane and her striped horn, the star of Riley’s dreams can be yours! 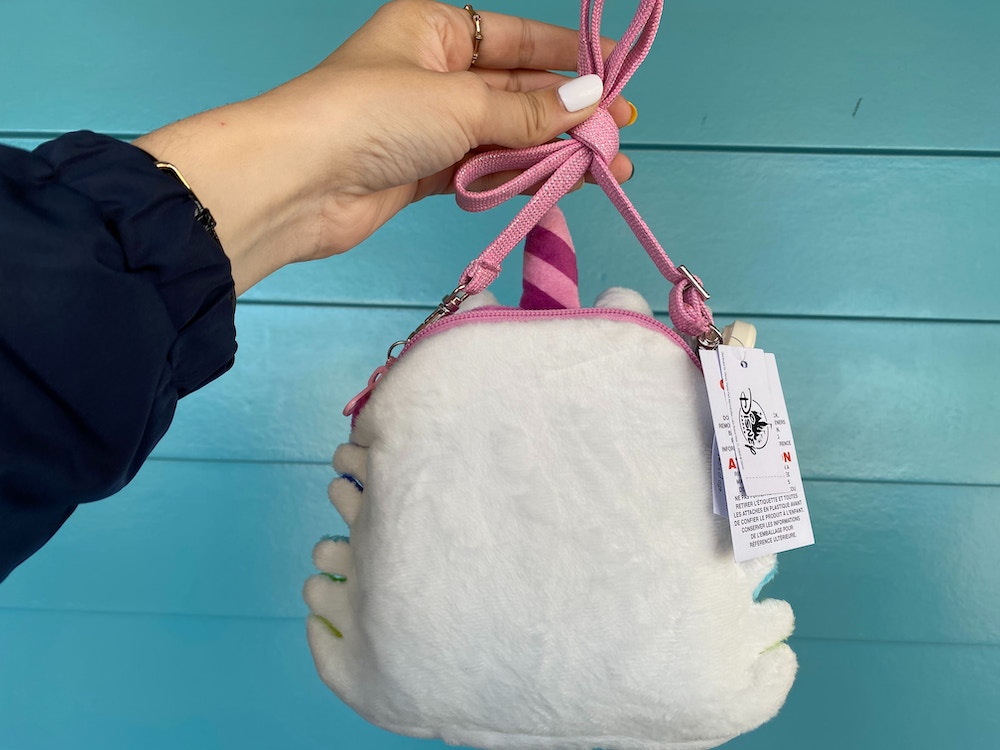 The back is just plain white, though it does keep the plush texture. Something back here would really make this bag extra special. 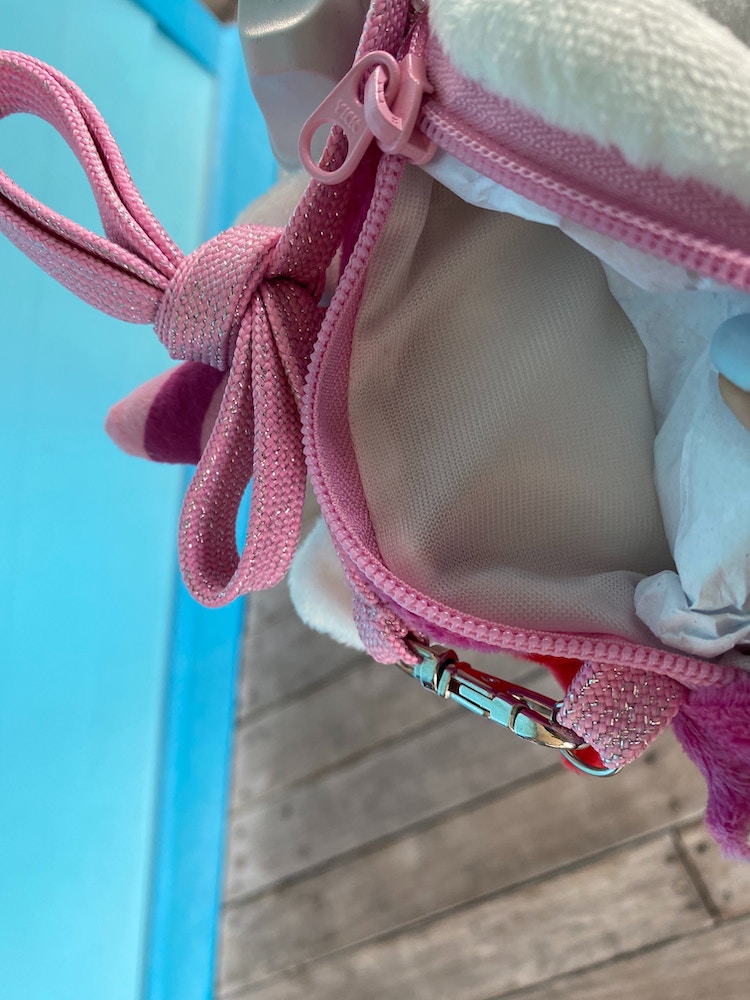 The lining is a basic white. It’s nothing special, especially compared with other bags in the series. 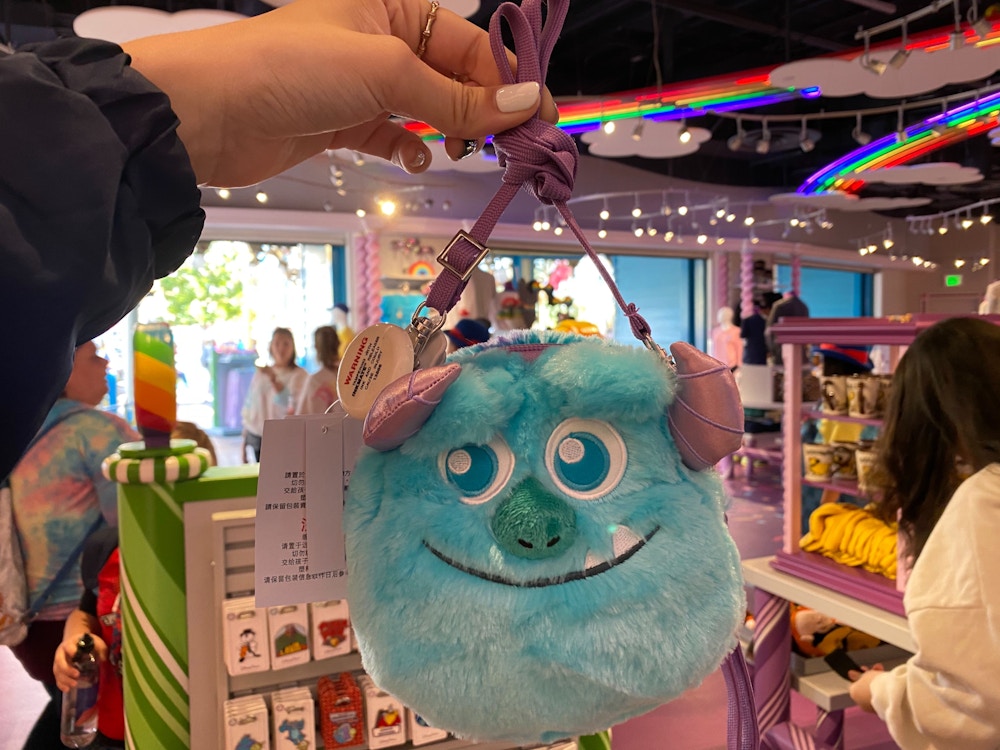 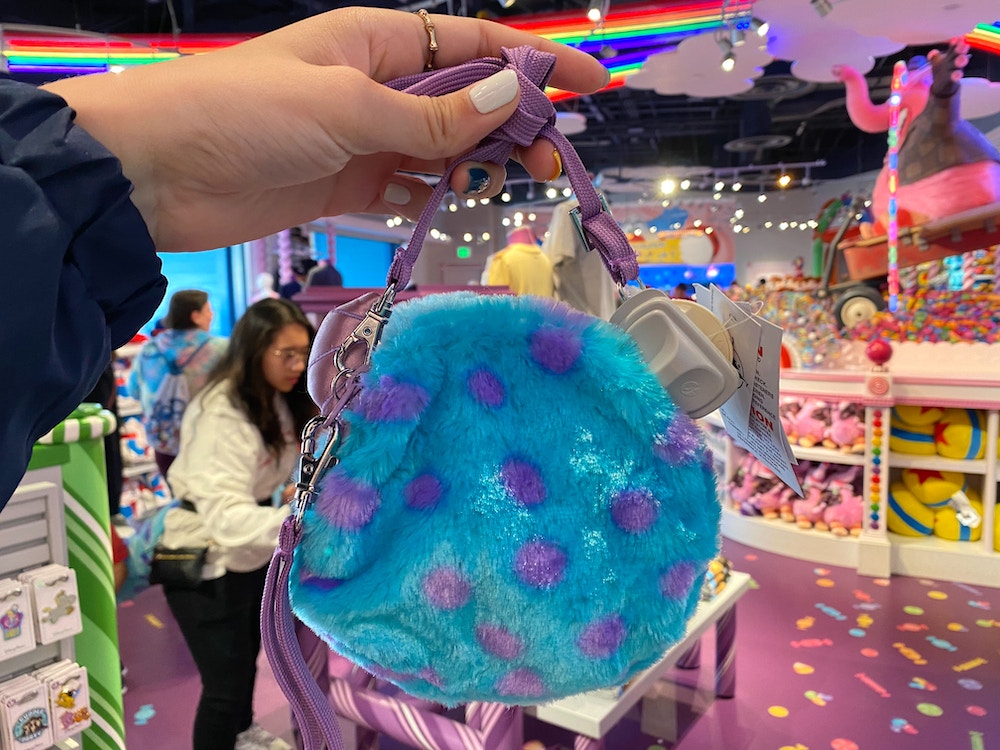 His blue and purple shaggy fur carries through to the back of the purse. 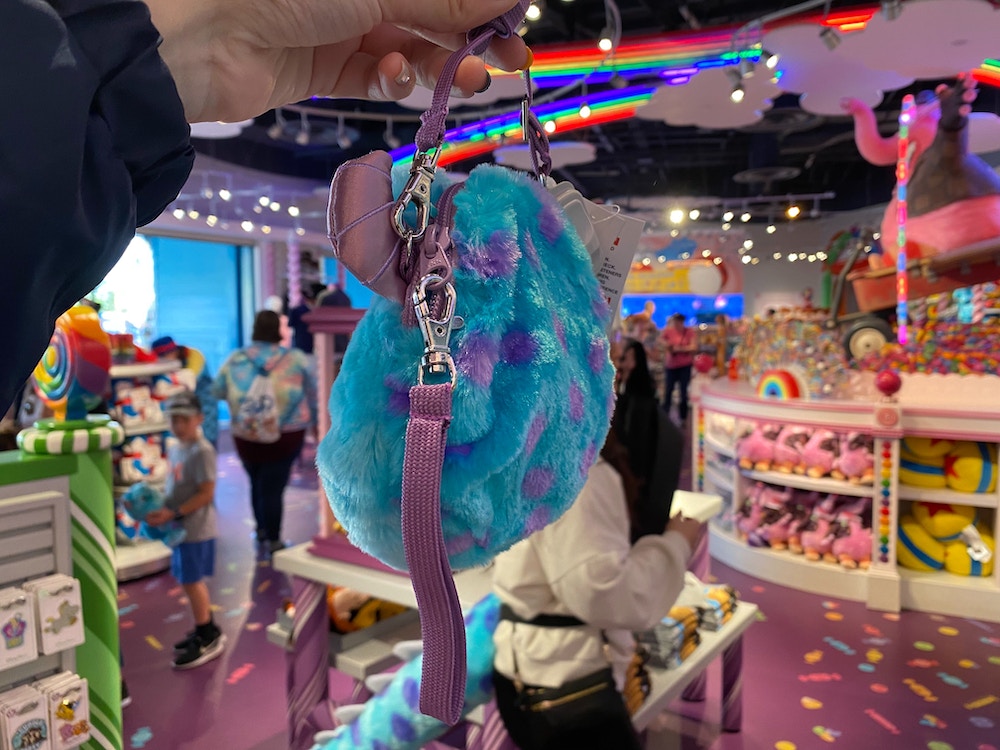 The carrying strap is purple, complimenting the bag. 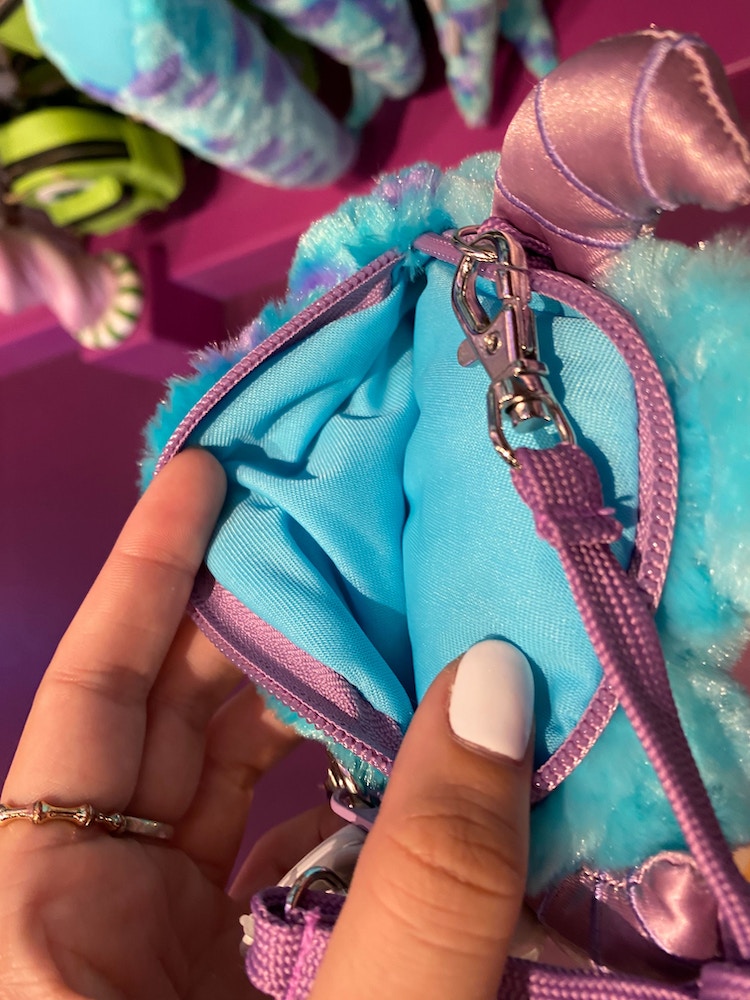 The lining in this bag, which is a little nicer than the Rainbow Unicorn purse. 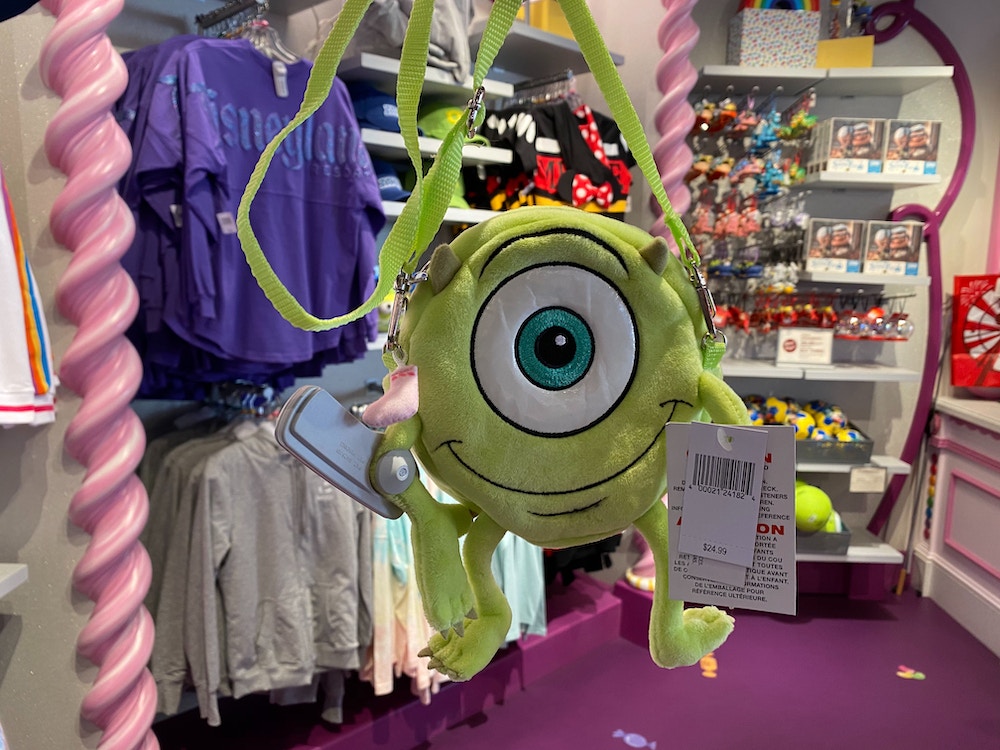 “Eye” spy the last purse in the set, and it’s none other than Mike Wazowski! While it isn’t as plush as the last two purses, it has a lot of nice touches that make it my favorite in the set. For one, peep that pink sock zipper tab! (Don’t worry, I won’t tell the CDA.) 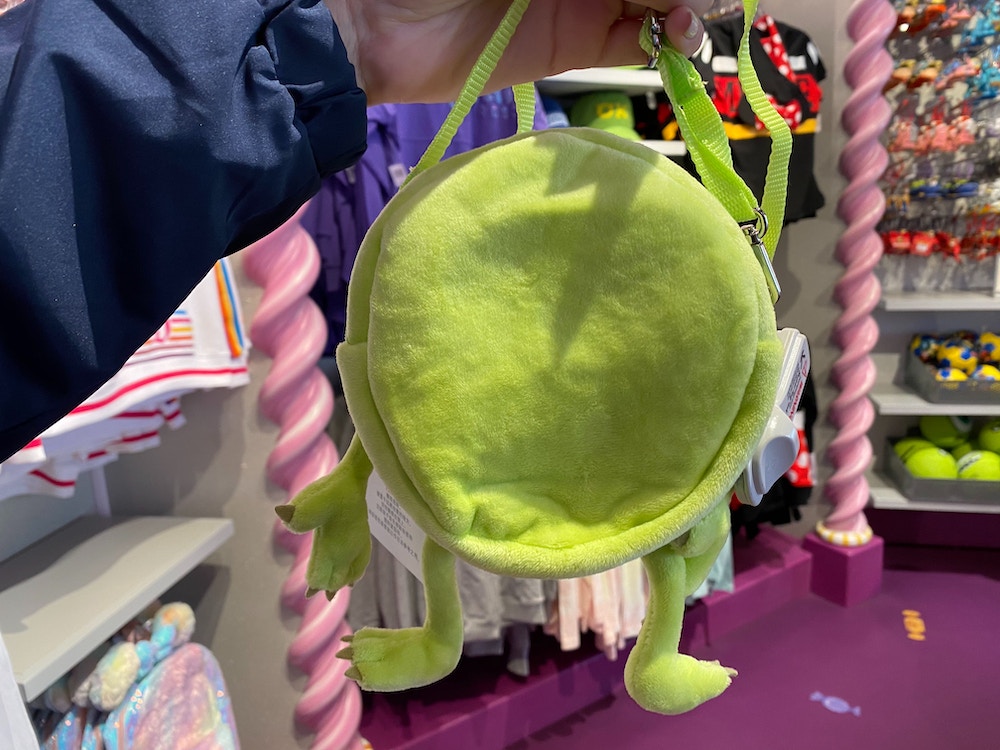 Unlike the other purses, the whole character is featured on the bag, with Mike’s arms and legs protruding from the bag. 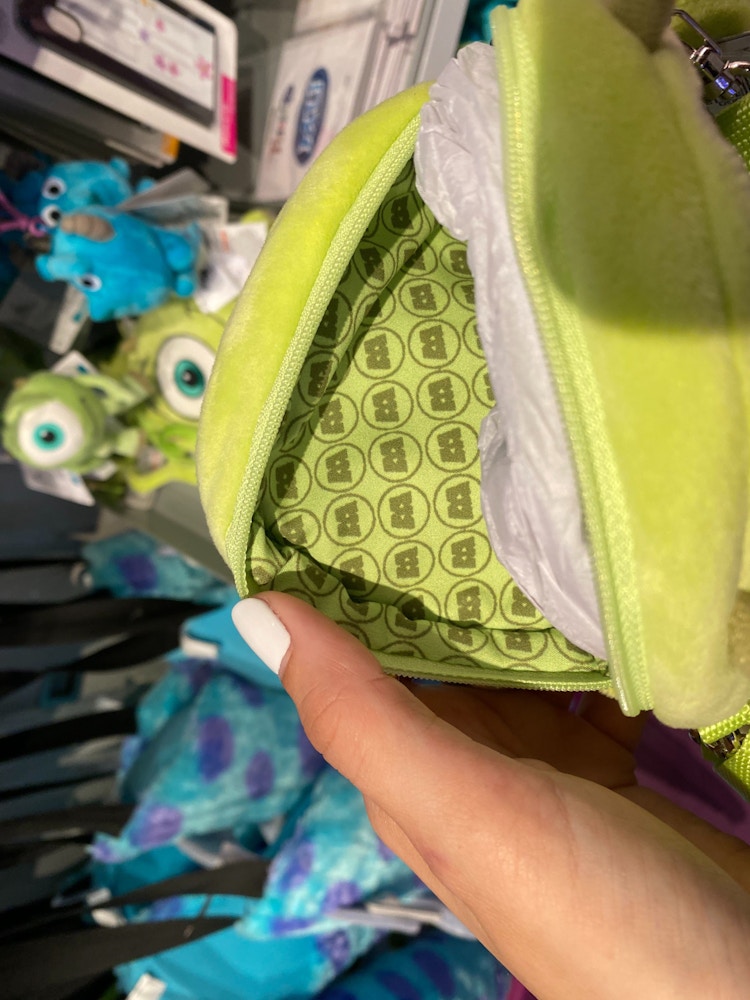 Perhaps my favorite feature of the purse is the Monsters, Inc. logo lining the inside.

You can find these hanging around at Bing Bong’s Sweet Stuff, and trust me, these are accessories with character!

Which purse is your favorite! Let us know in the comments below!