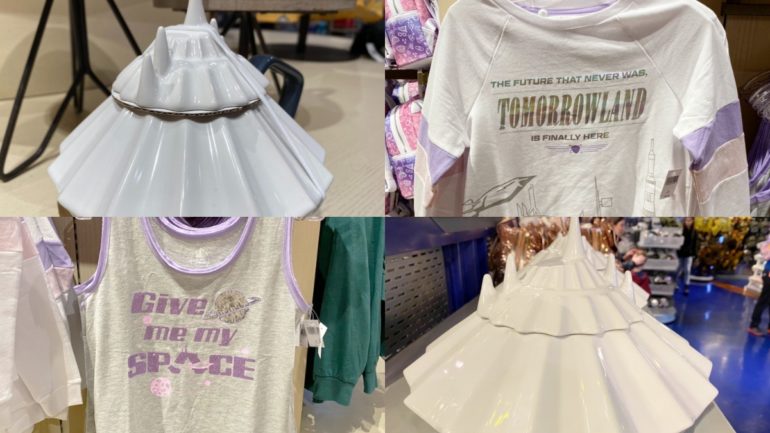 If you’ve been waiting for more Space Mountain and Tomorrowland apparel to appear at the Disneyland Resort, you are “go” for launch! 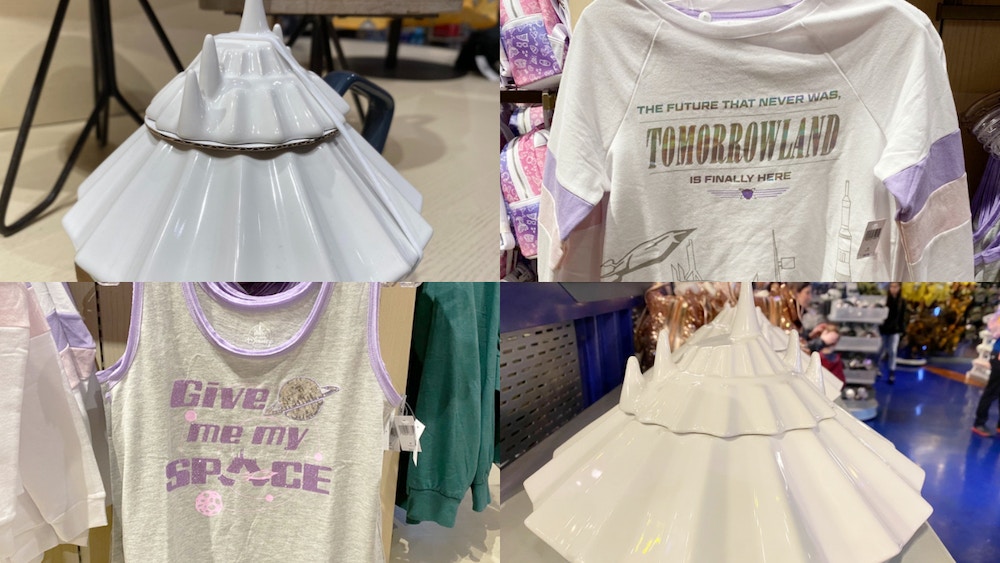 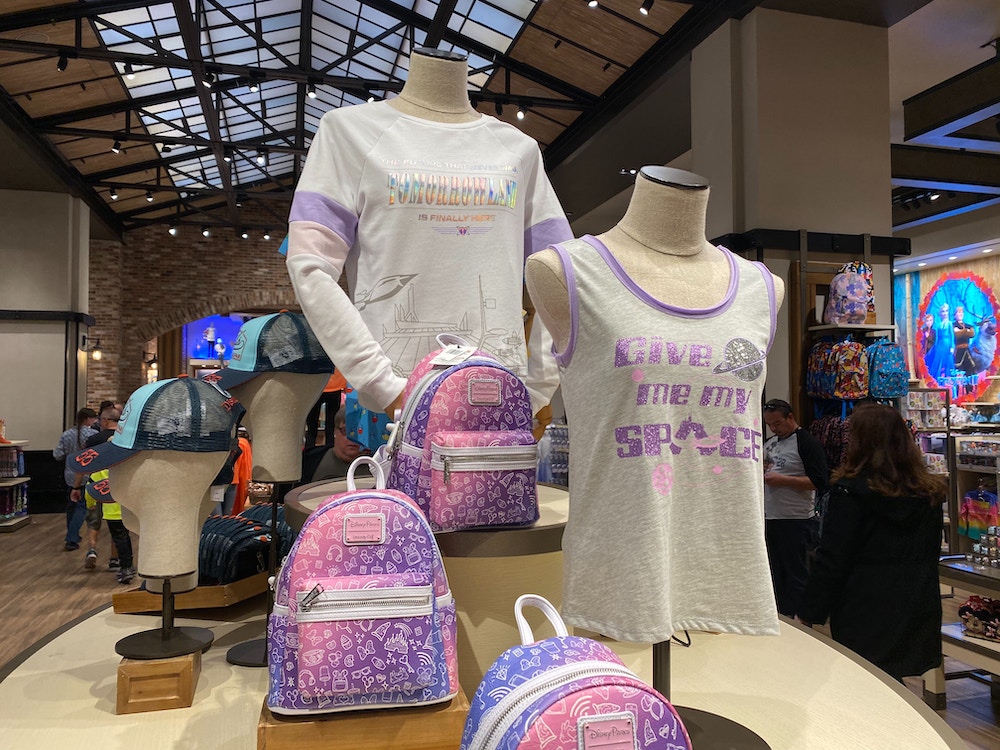 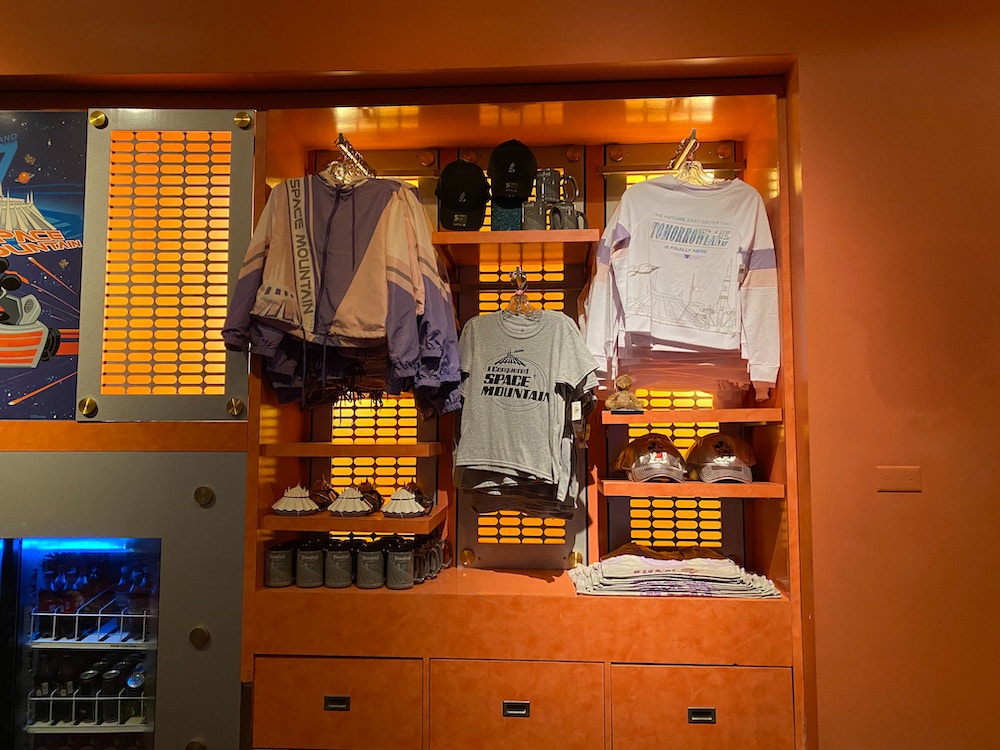 New apparel and merchandise celebrating the 45th anniversary of the beloved Disney attraction (well, at Walt Disney World, anyway) has arrived at both Disneyland Park and the Downtown Disney District. Let’s enter an observatory orbit and take a look! 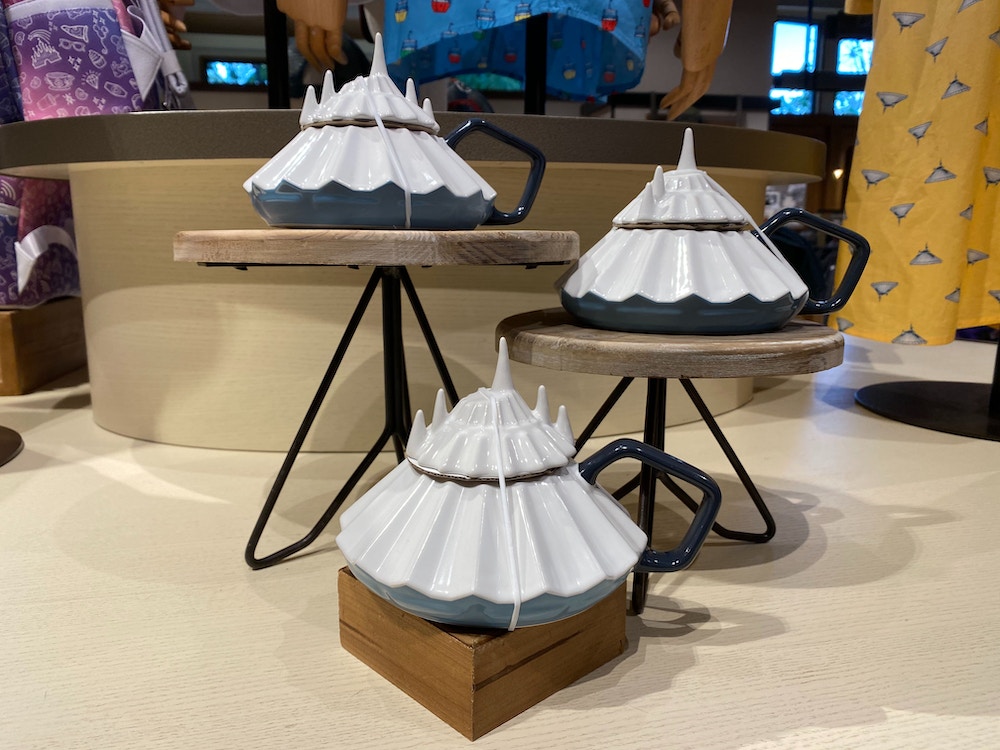 While they might look cool, I have to say these are the most confusing mugs I have ever seen. 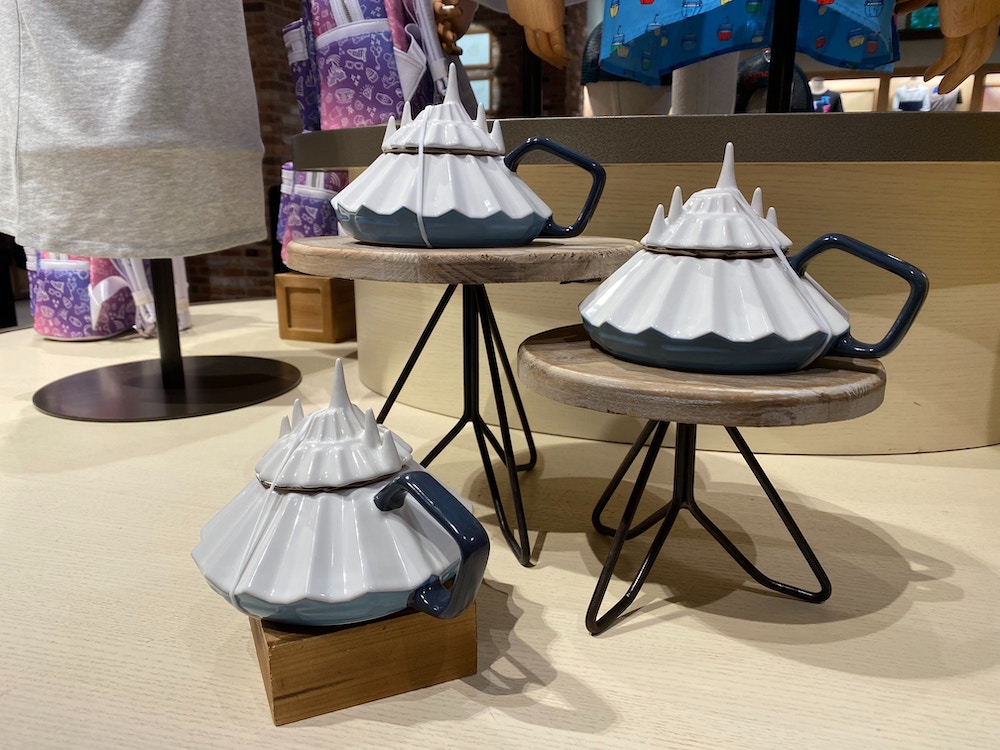 The top piece apparently comes off, revealing the hole you drink out of, which looks really impractical. The rim of the mug is there so that, when you drink, your lips touch as little of the hot mug as possible. That seems really difficult to do with this mug. 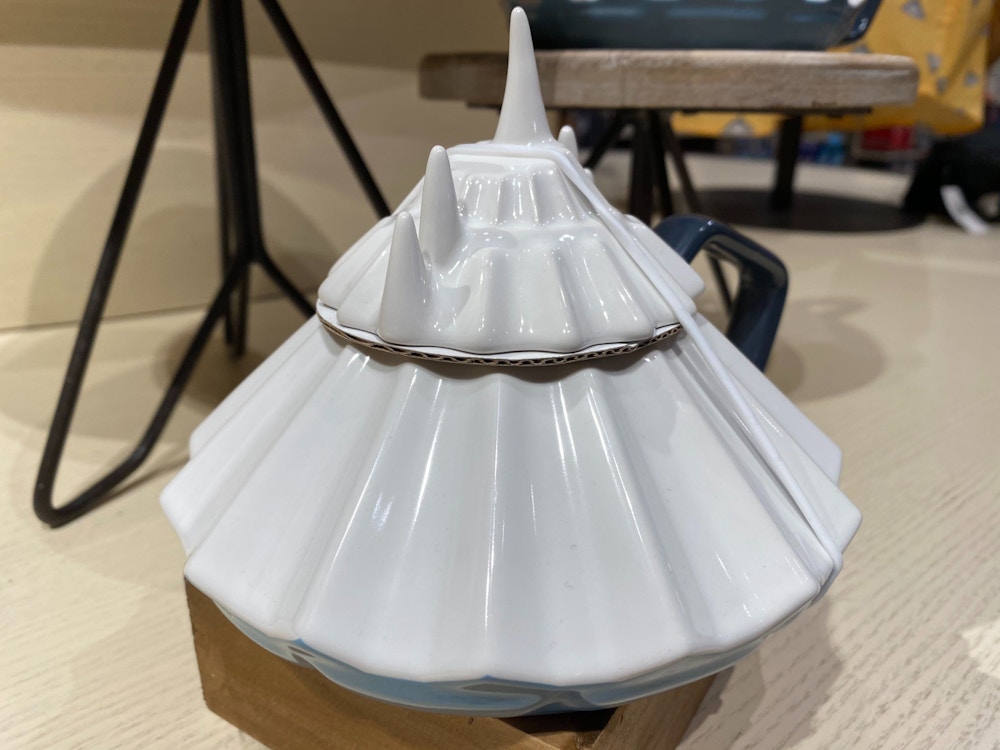 This honestly might be a better mug to eat soup out of (if you have a spoon), or to store small candies. 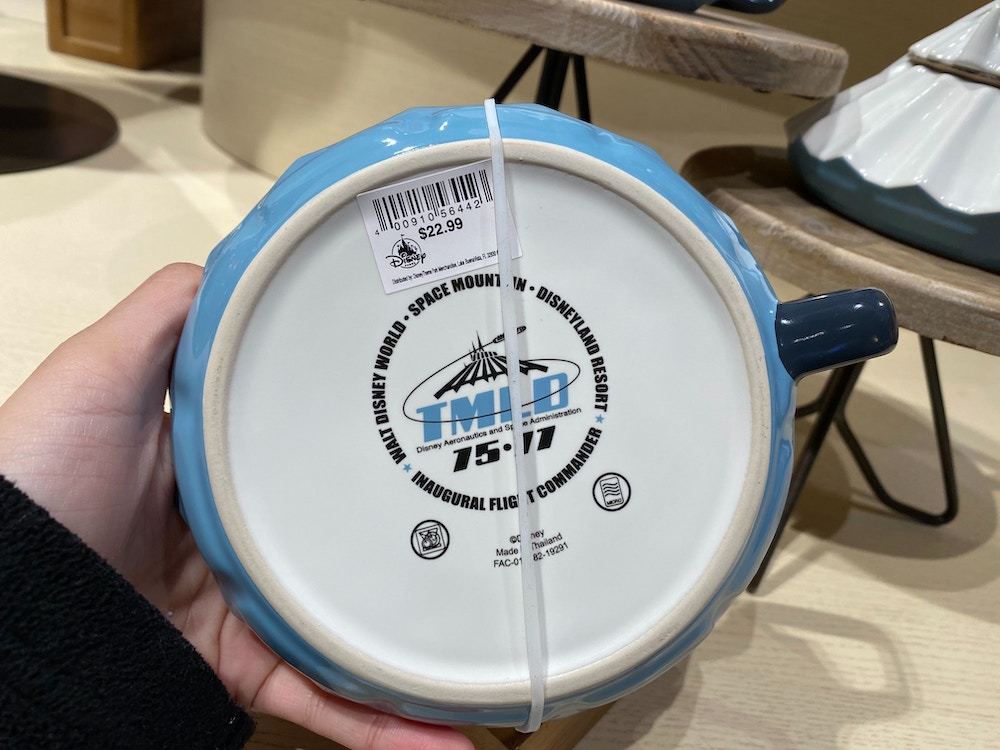 And then there’s the bottom. It’s cool that they acknowledge both the opening years of both the Magic Kingdom and Disneyland Park’s Space Mountains. And it’s even cooler that they created a fictional space agency to tie the two together. But TMLD is not the acronym for Disney Aeronautics and Space Administration. That would be DASA. TMLD is obviously a reference to Tomorrowland.

It’s a confusing, though cool-looking, mug. I’m about as dizzy as I’d be if I were actually riding Space Mountain. 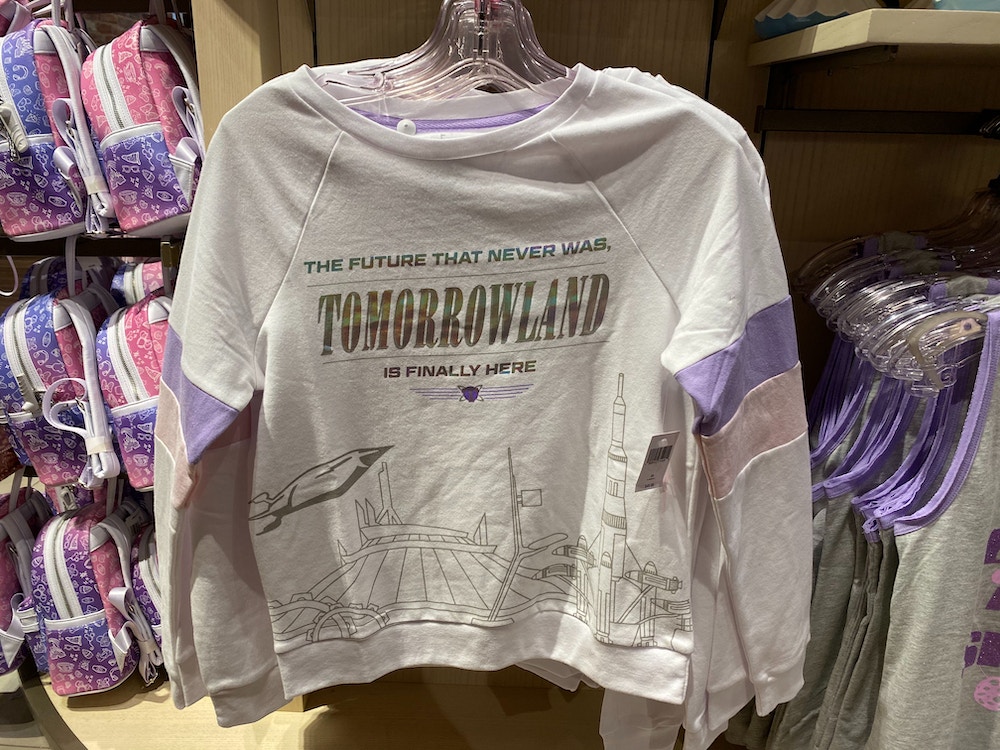 Remember the days of future past with this Tomorrowland ladies’ sweatshirt! This shirt, which previously premiered on shopDisney and at Walt Disney World, has made its way to the Disneyland Resort. 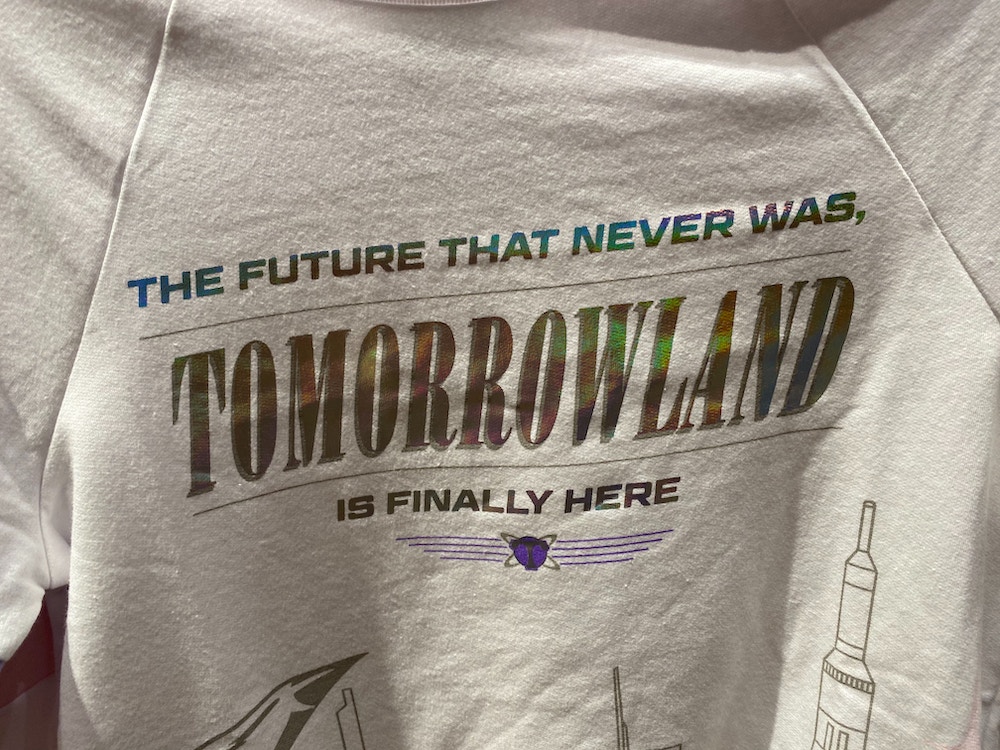 The phrase “The future that never was, is finally here” sandwiches Tomorrowland, while iconography from Tomorrowland attractions past and present from both Disneyland Park and the Magic Kingdom fill up the bottom half. 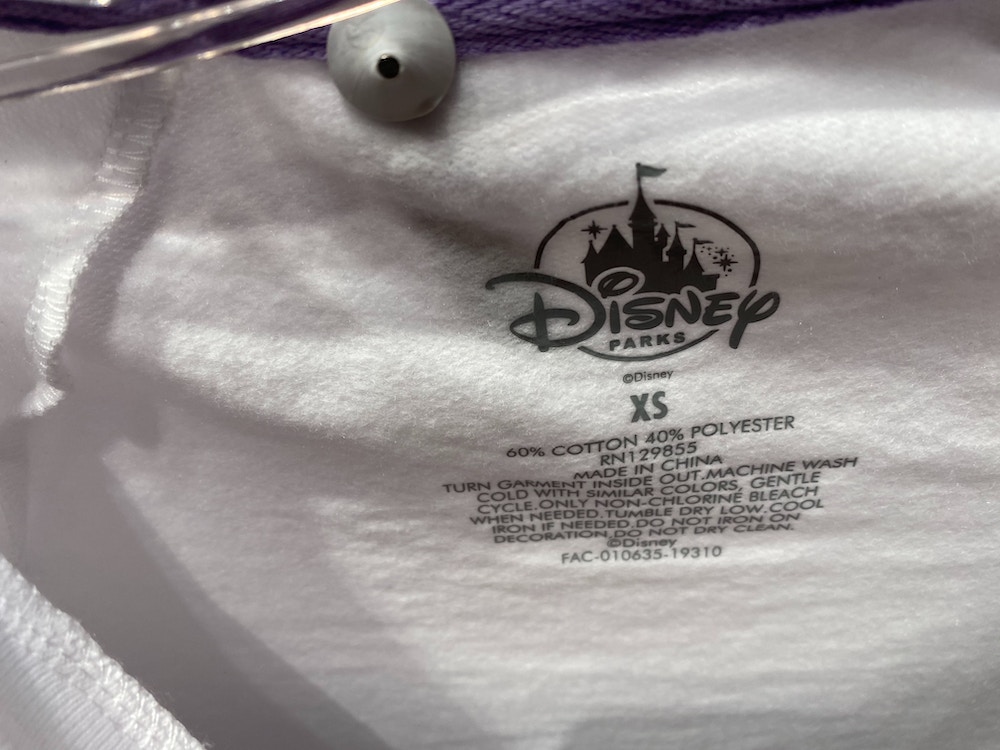 This cotton/polyester blend should keep you warm as you look back on the future. 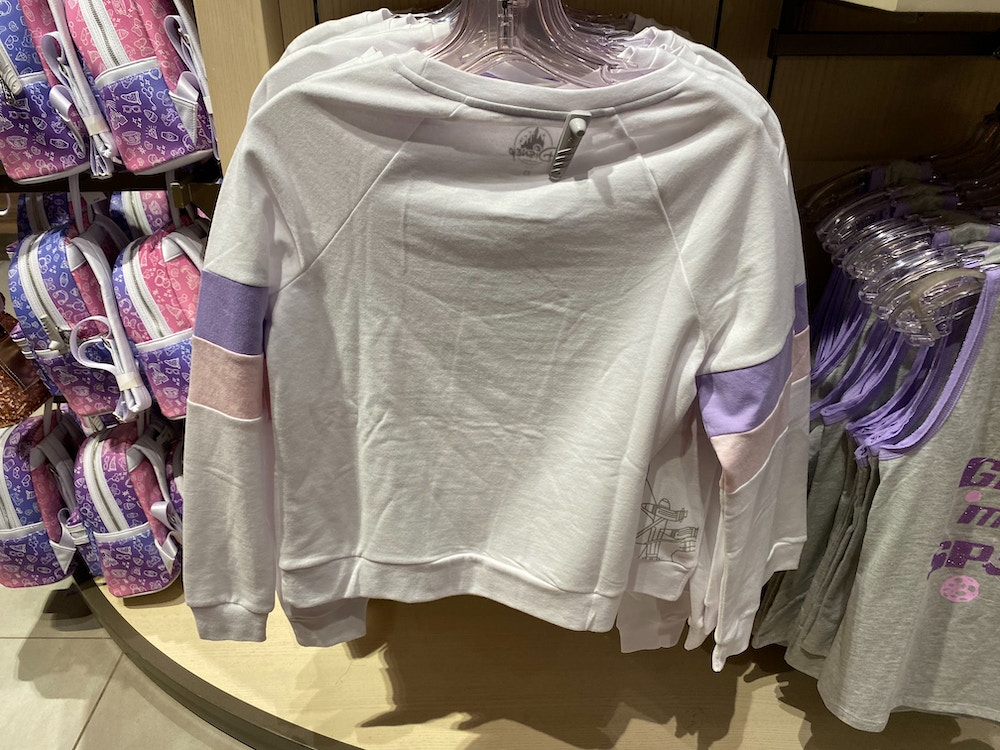 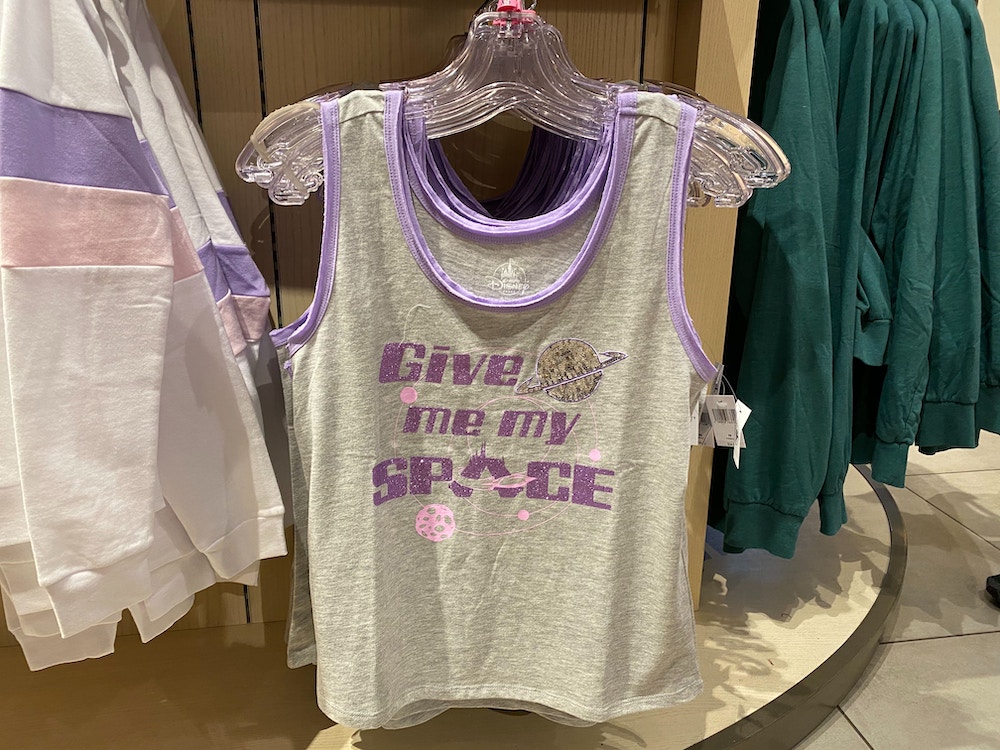 Let’s be honest: at one time or another, everyone needs some space. Well, if your space just happens to be a roller coaster in Tomorrowland, this tank top might be for you! 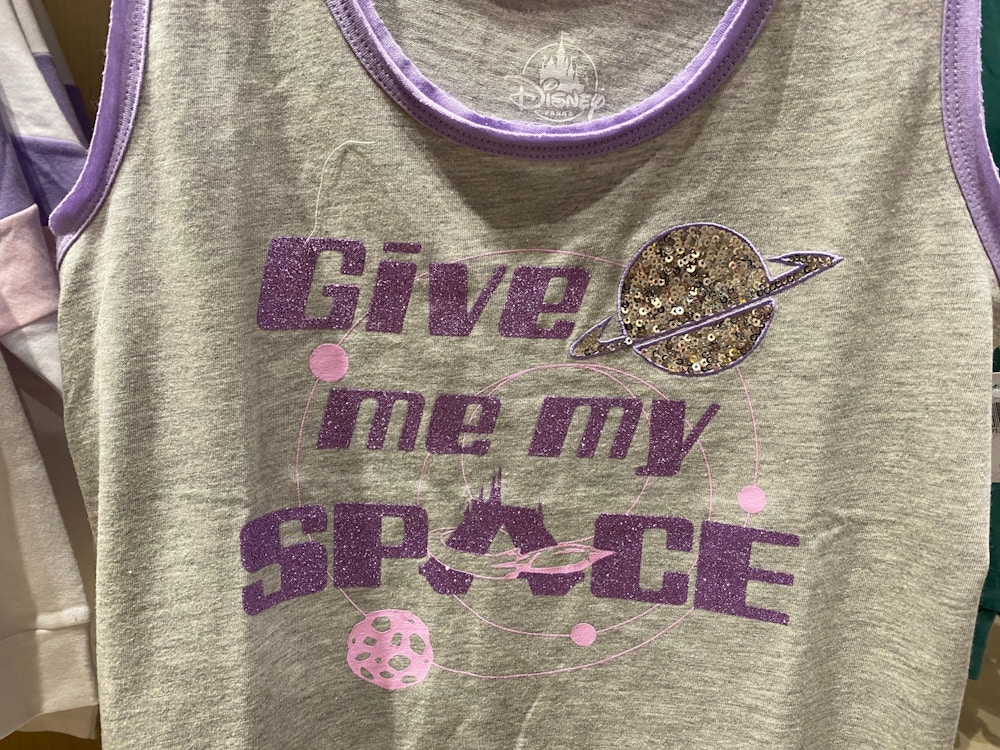 Featuring the phrase “Give me my space” — where Space Mountain replaces the “a” in “space” — this tank top is sure to launch your look into the future! 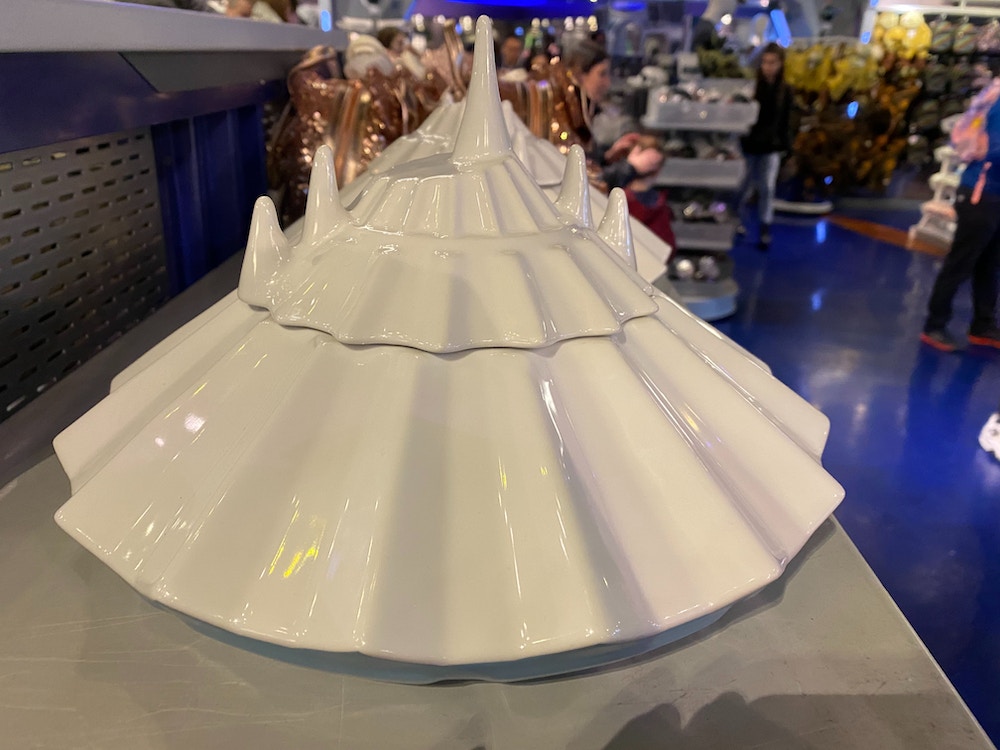 And finally, we have the Space Mountain design in a more fitting form as a cookie jar. 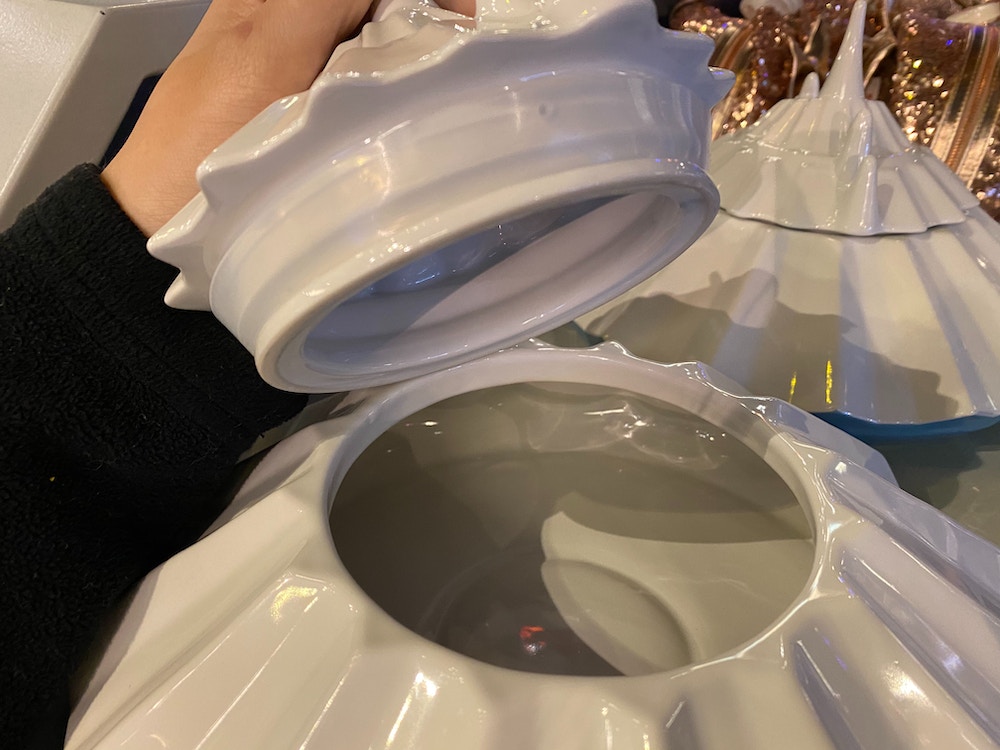 This jar is perfect for storing any asteroid-shaped chocolate chip cookies, or any variety of cookie, for that matter. 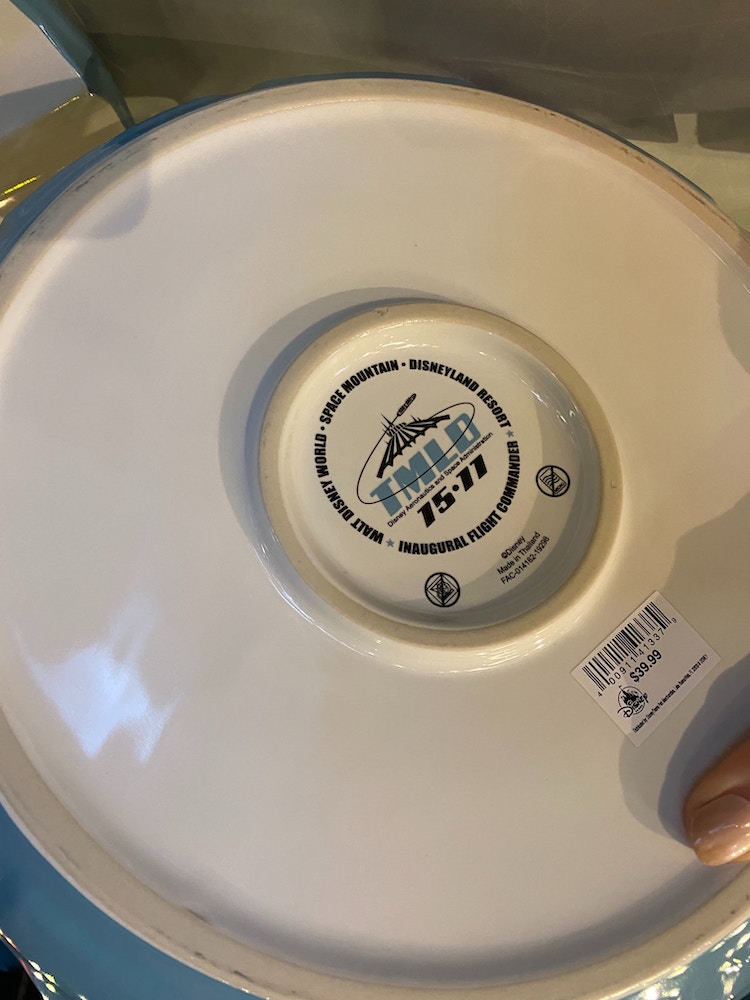 The TMLD/Disney Aeronautics and Space Administration logo appears on the bottom of the cookie jar, along with the phrase “Inaugural Flight Commander.”

We found the mug, sweatshirt and tank top at World of Disney in the Downtown Disney District, while we found the cookie jar at The Star Trader in Disneyland Park. Select items are also available at Spaceport Document Control, at the exit to Space Mountain.

Keep reading WDWNT for updates on all the new merchandise at the Disneyland Resort!