One of the exotic planets in the Star Wars universe now has its own dedicated piece of apparel. Hoth, as featured in “Star Wars Episode V: The Empire Strikes Back,” is featured in a new Spirit Jersey available at Disneyland. 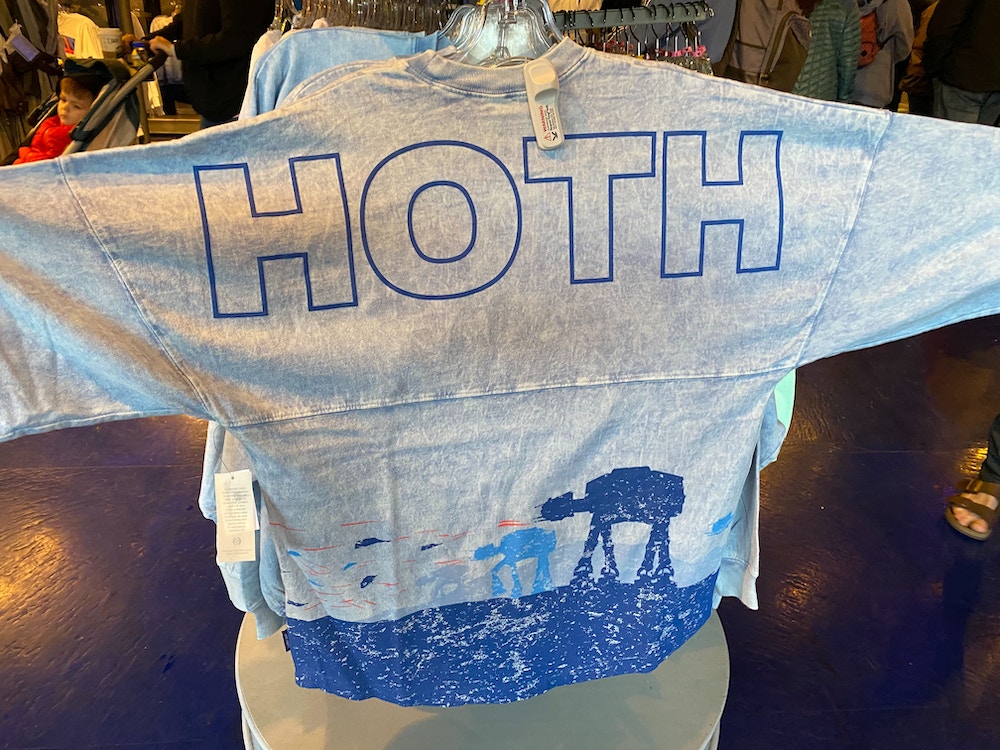 The blue jersey shows the Battle of Hoth from the beginning of the film, where Rebel fighters take flight in snowspeeders in an attempt to defeat the AT-AT (All Terrain Armored Transport) walkers of the Galactic Empire. 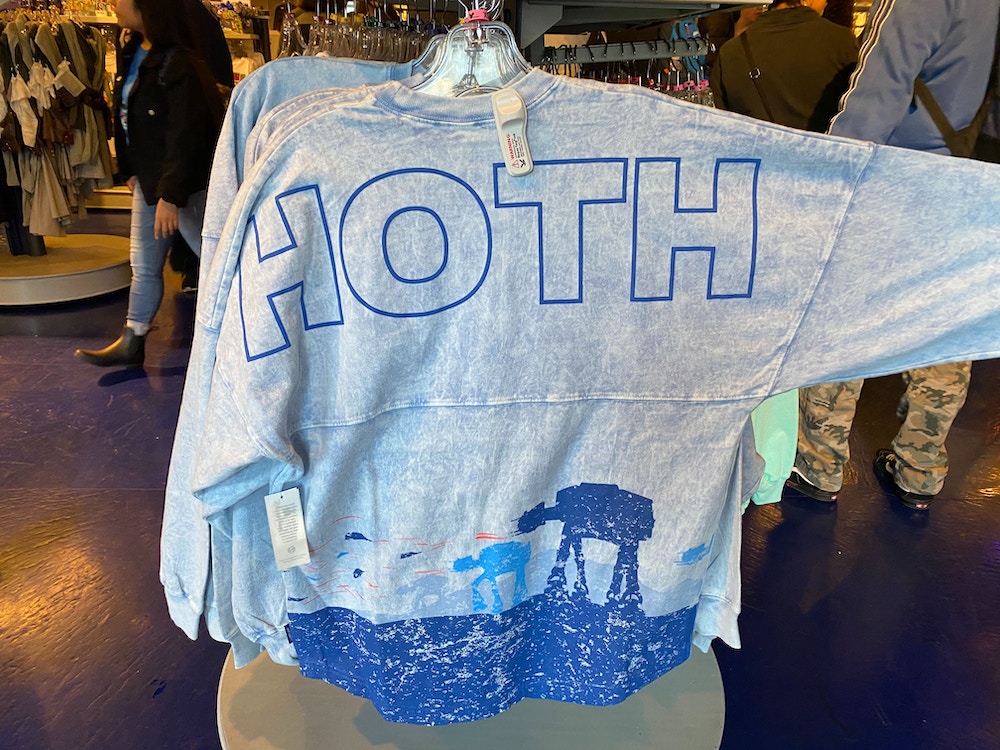 The battle rages on on the bottom of the jersey, and the planet’s name appears on the top back. 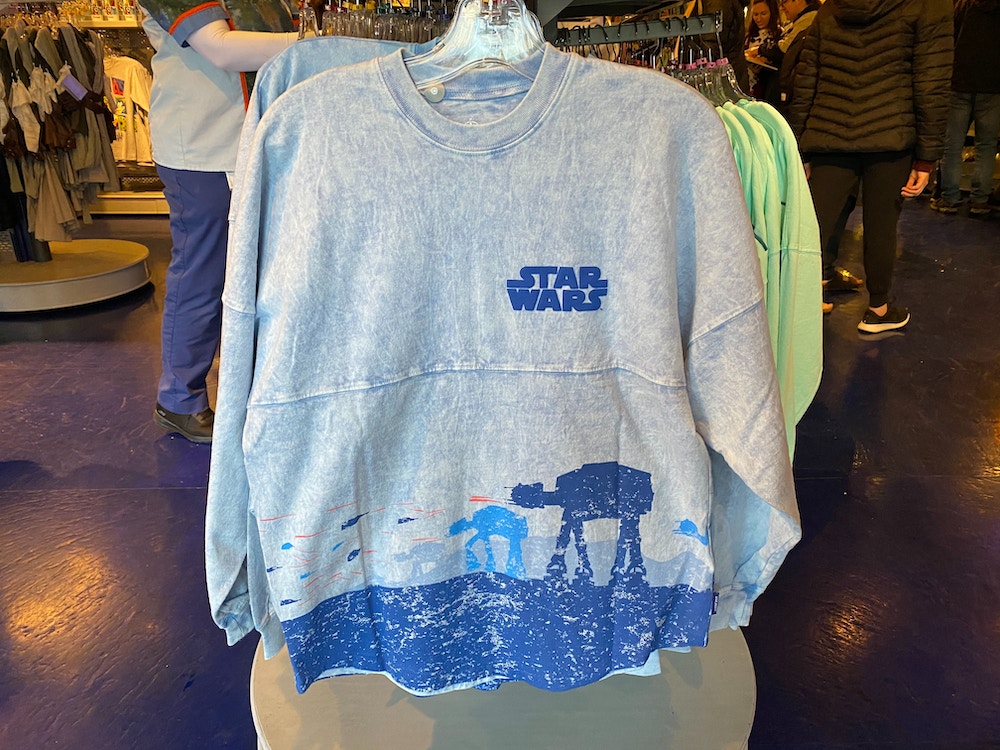 The front features the same battle scene in blue, with the Star Wars logo on the right. 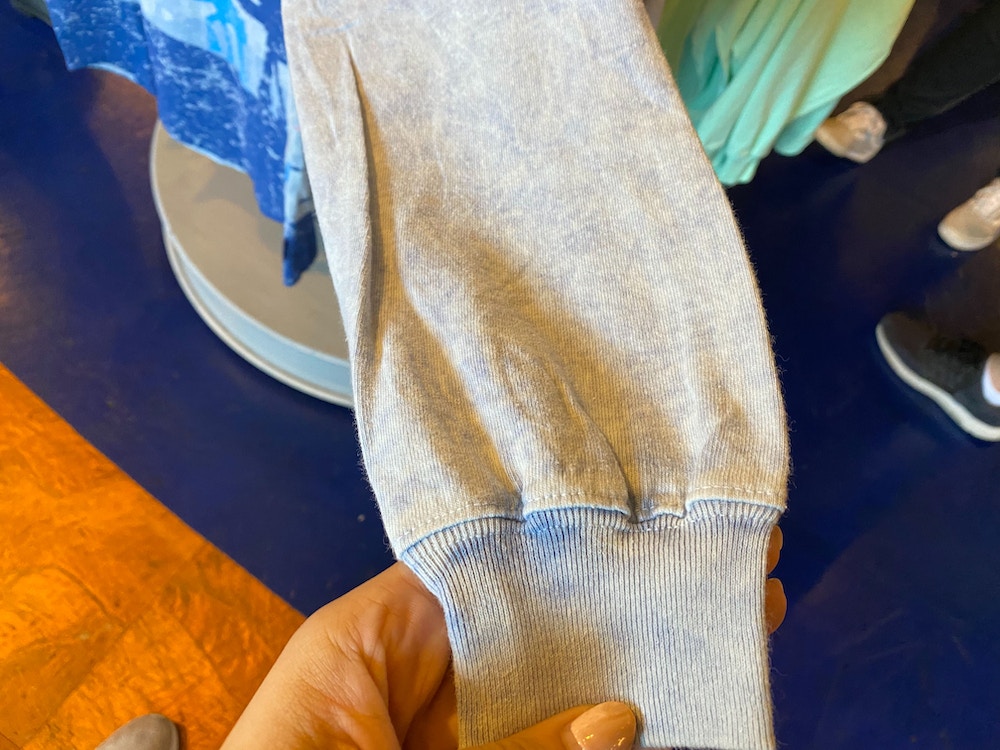 The jersey retails for $64.99. To retrieve it, hop on your Tauntaun and head to The Star Trader in Tomorrowland.

Given the design, it’s easy to think that there could eventually be other Spirit Jerseys featuring planets from the Star Wars universe. What planet do you want to see on a spirit jersey? Let us know in the comments below!