We’re been tracking the reimagining of Snow White’s Scary Adventures in Disneyland since the mysterious announcement was made regarding its massive overhaul, which includes the addition of a new “Happily Ever After” ending. Construction walls went up on January 13, and since then, concept art has been added to the exterior. Now, new themed scrim lines the entire exterior of the attraction as its overhaul goes into full swing. 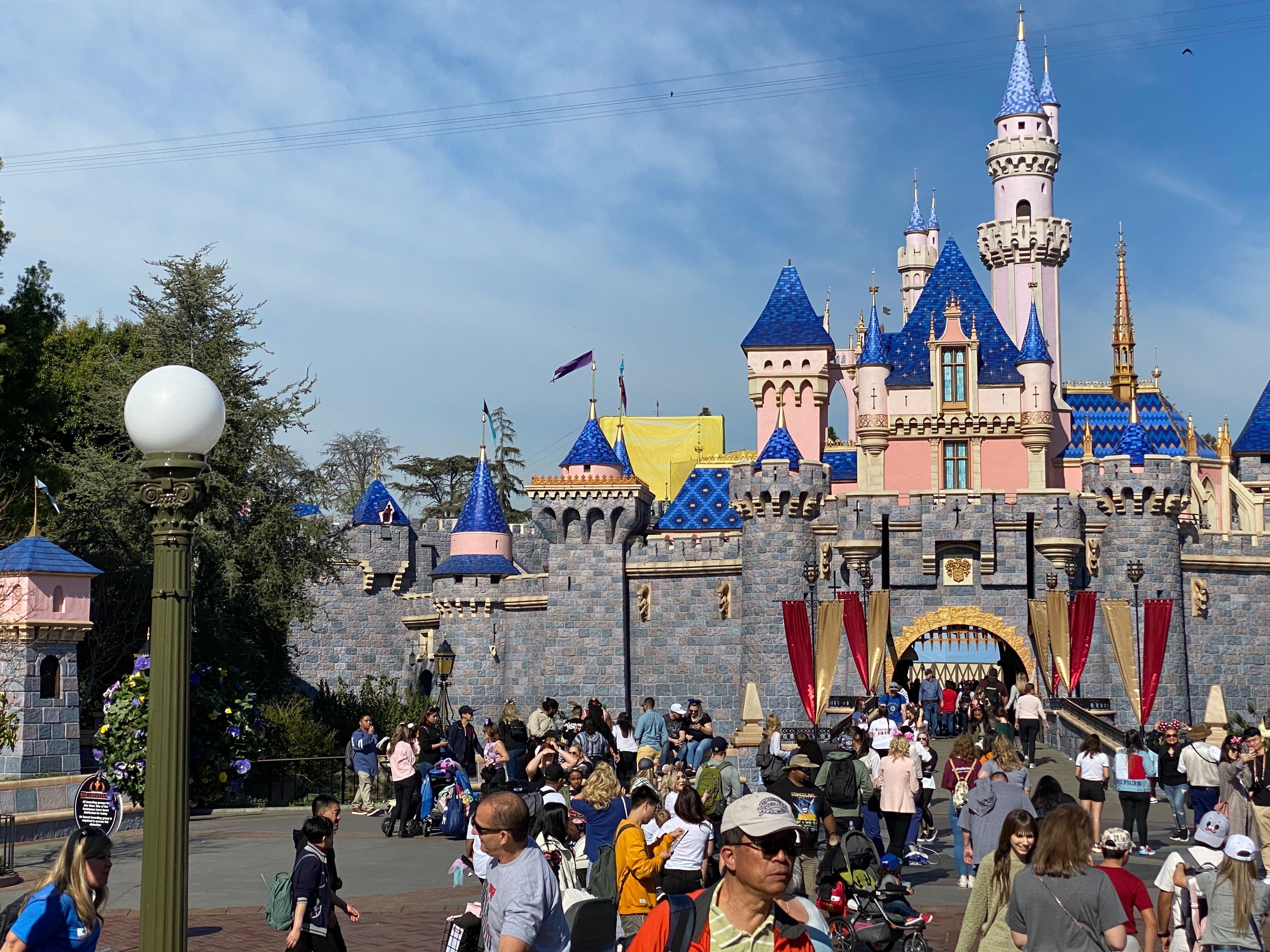 The very tip of scaffolding can be seen as you walk up to Sleeping Beauty Castle. 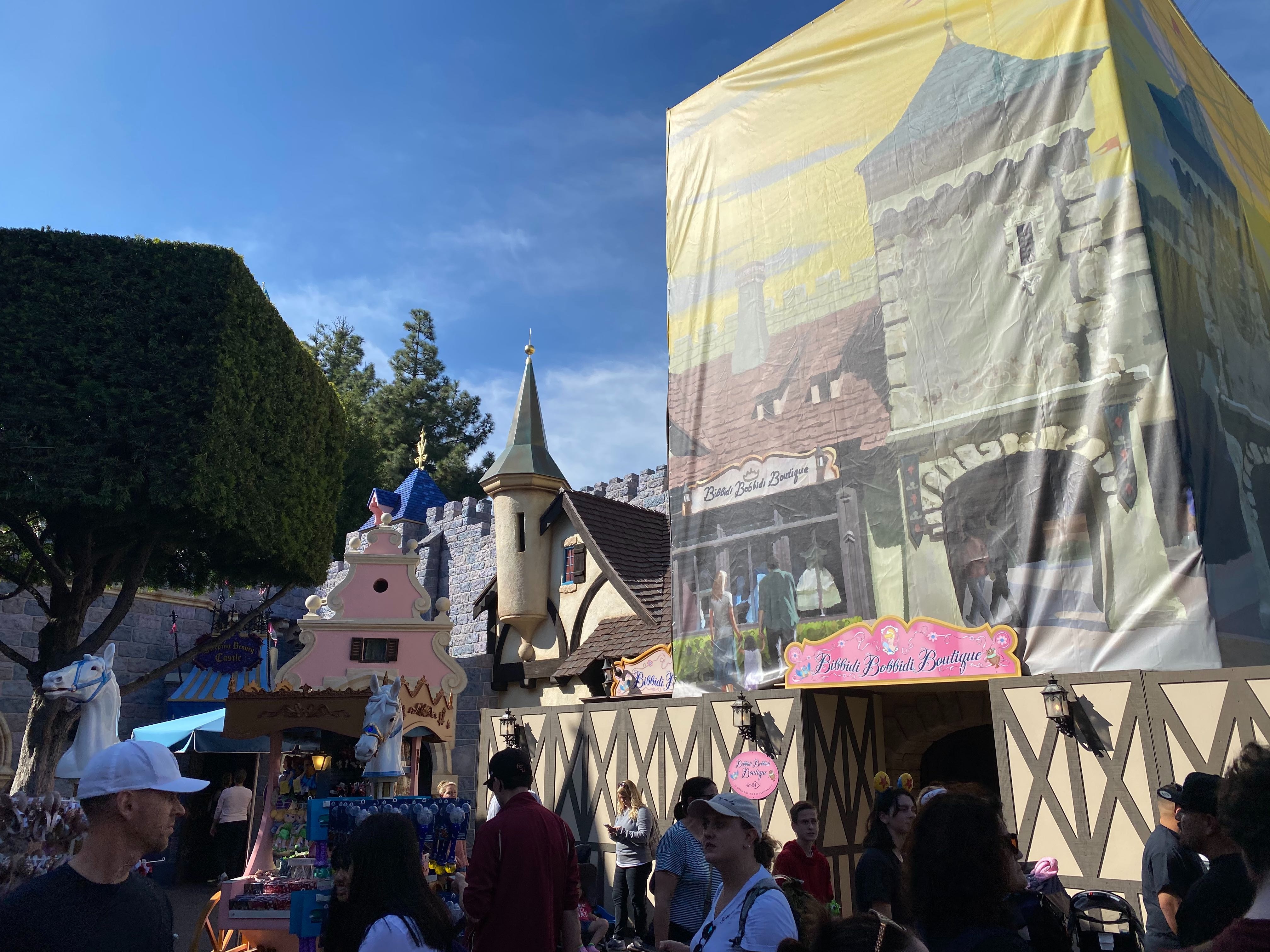 Once in Fantasyland, the exterior of the Bibbidi Bobbidi Boutique has been walled up as well, but the location is still accessible to guests. 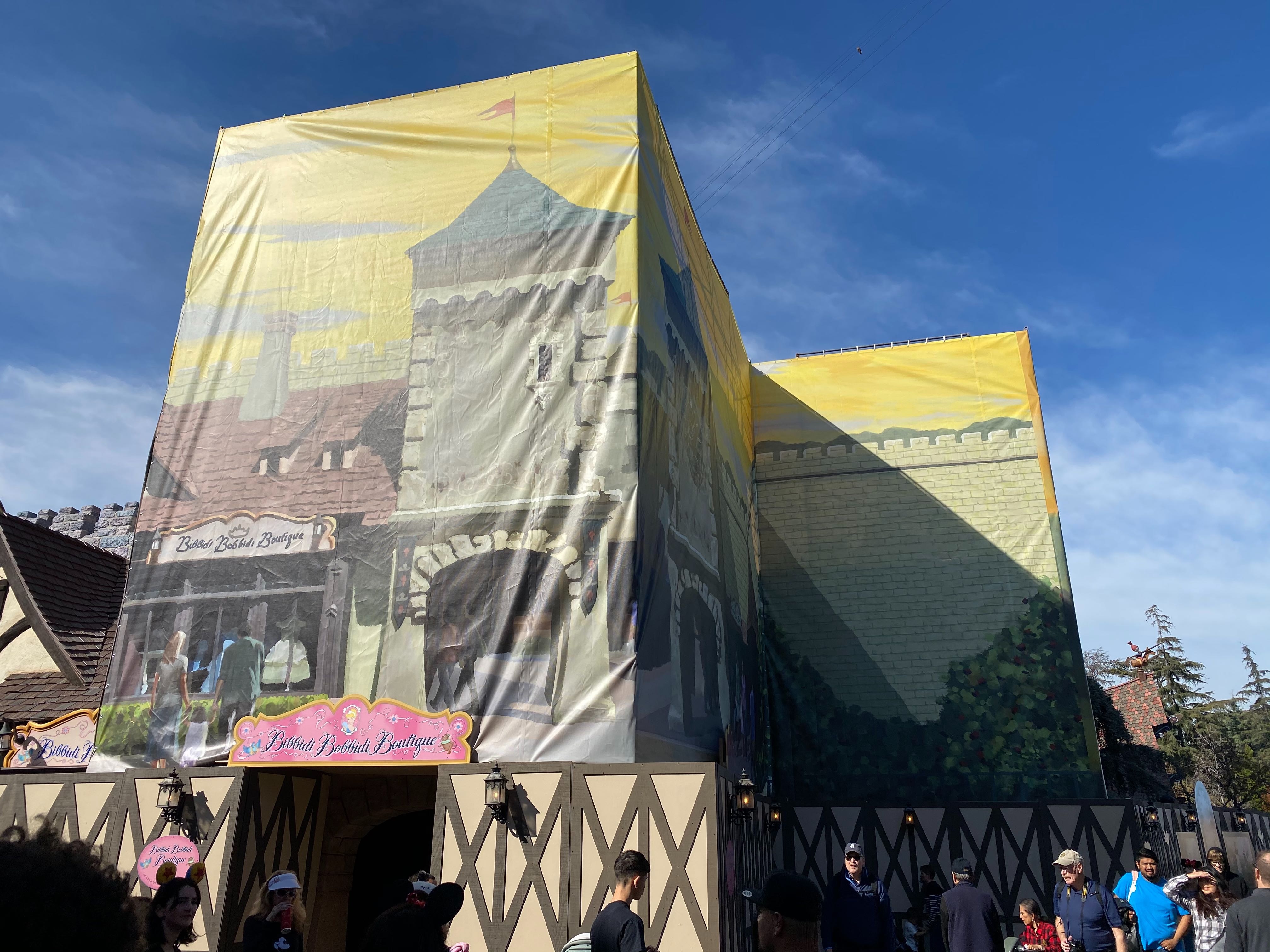 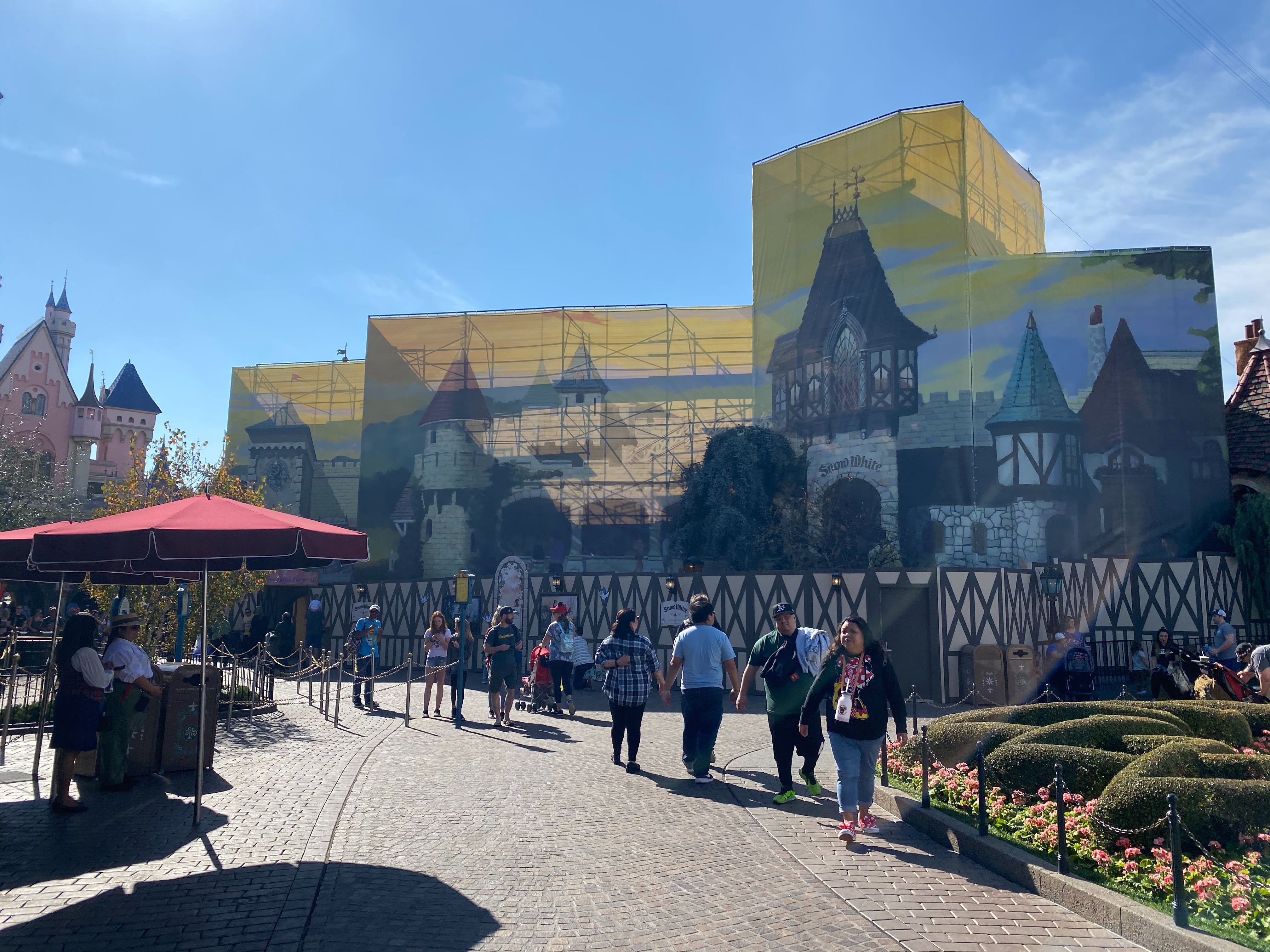 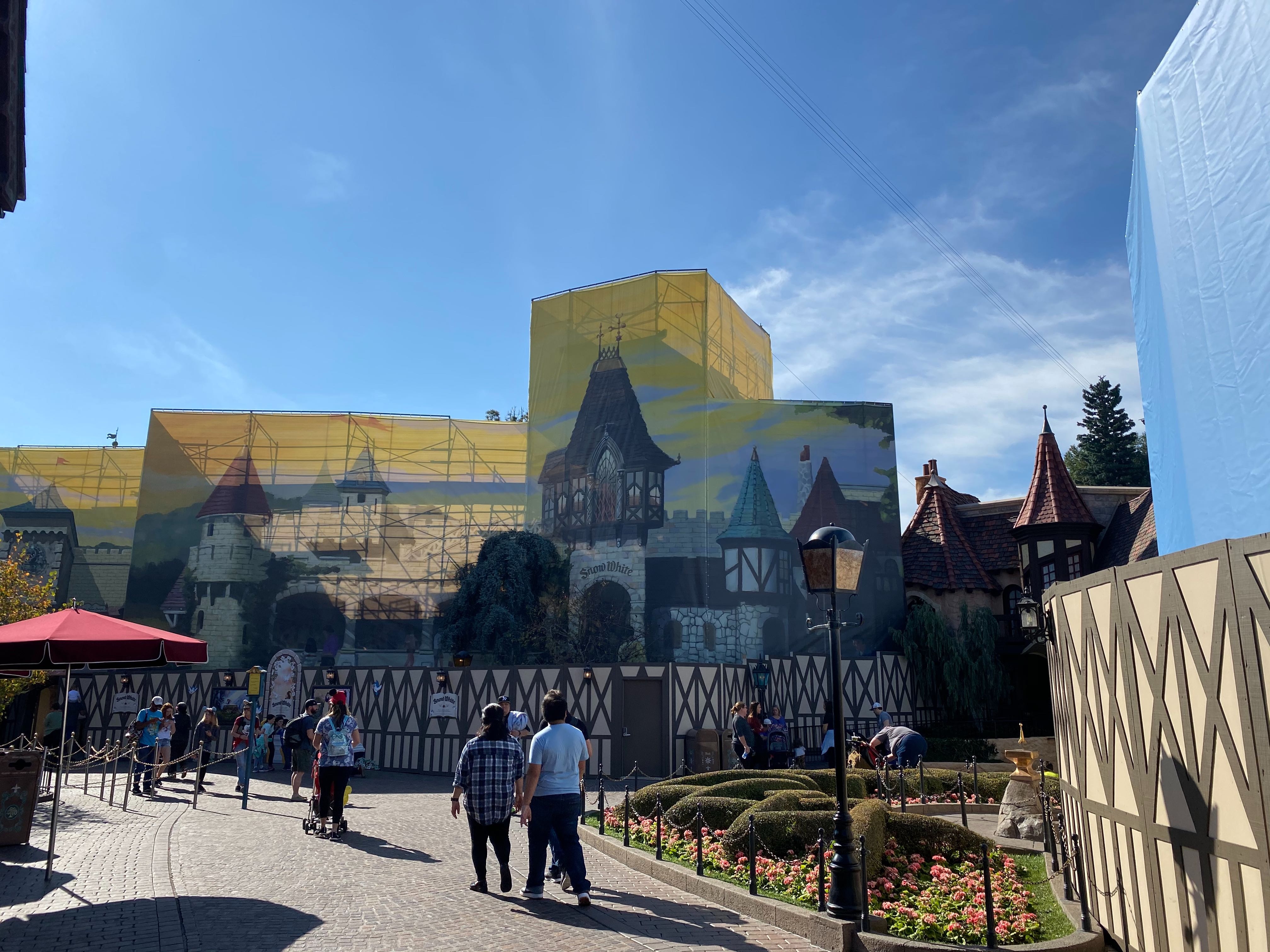 All along the attraction exterior are printed panels made to emulate the building facade. It’s definitely an improvement from the beige scrim from a few days ago. Snow White’s Scary Adventures is set to reopen in May. 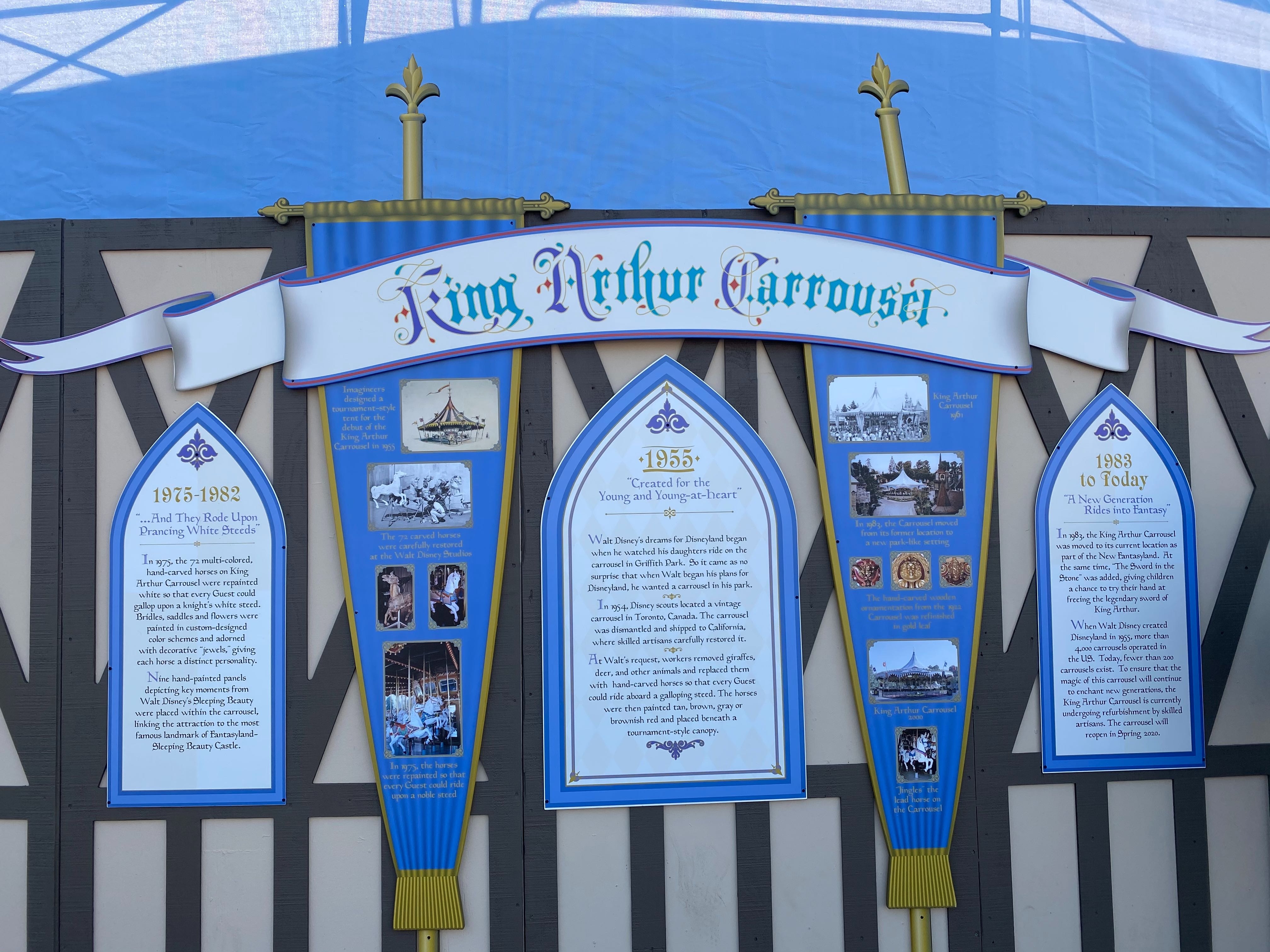 Just across the way, scrim is also up at the King Arthur Carrousel. The first walls went up around the carrousel earlier this week. The infamous Sword in the Stone is usually included as a part of these refurbishments, but the icon had to be refurbished slightly ahead of schedule due to a certain “burly” guest who actually pulled out the sword and broke it earlier this month. The King Arthur Carrousel is also set to reopen in May after refurbishment.