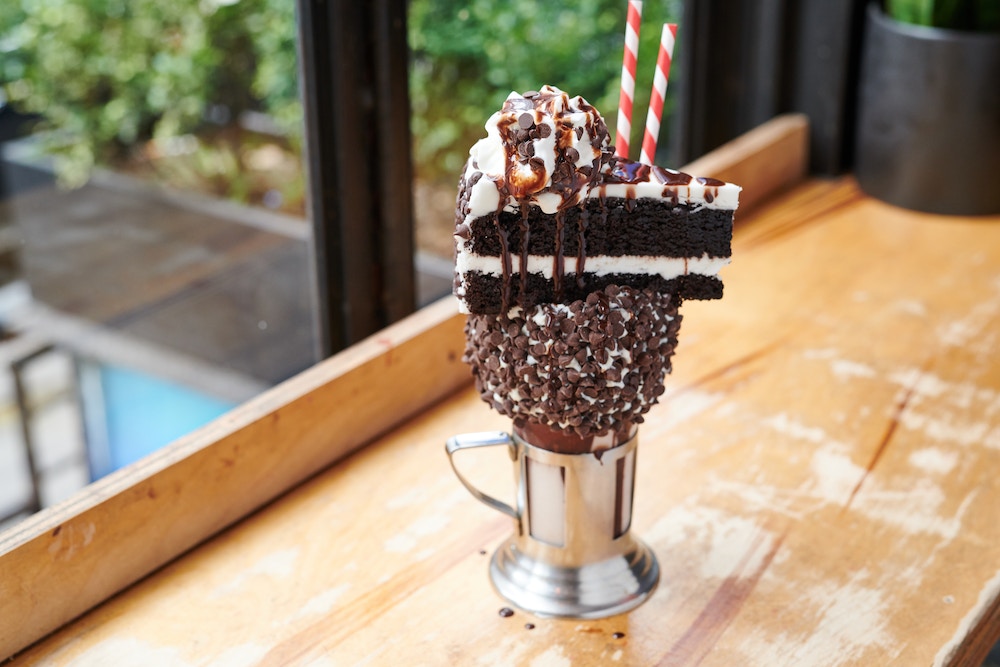 After years of perfecting the recipe and non-stop DMs from Instagram fans, Black Tap will now offer its first fully vegan CrazyShake® with a signature Black ‘N White flavor. Since launching the CrazyShake® in 2015, Black Tap has searched for the right combination of high-quality ingredients that would be globally accessible to construct the perfect vegan shake. Rolling out at Black Tap locations around the world starting on January 27, The Vegan Black ‘N White CakeShake is taking desserts to the next level.

“Our original CakeShake is one of our best sellers, so we took that idea and ran with it to create a new shake with a classic New York taste and all vegan ingredients,” says Black Tap Creative Director, Courtney Wright. “We held over 12 tastings with our global team, trying many different shake bases, testing eight different cake recipes, and multiple whipped cream formulas before landing on the final shakes for each market. We wanted to perfect every little component to ensure all the flavors would complement each other, while still offering that rich, indulgent flavor everyone wants in a milkshake.  We’re really happy with the result, and are so excited for everyone to try it!” 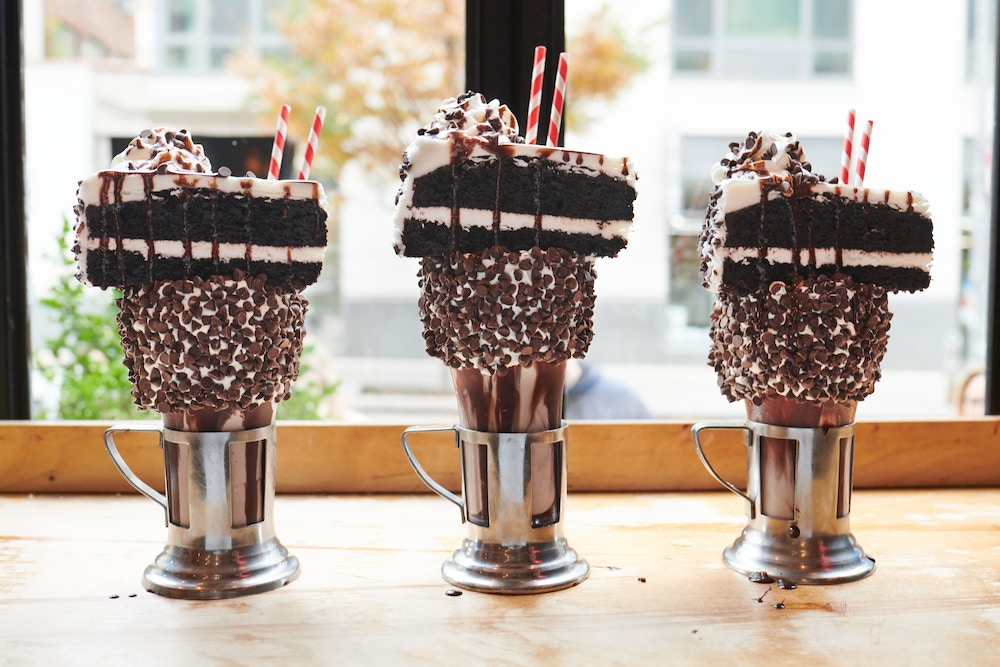 The Black ’N White CakeShake is a nod to Black Tap’s New York roots and the city’s famed black and white cookie. After a thorough R&D process, Black Tap’s culinary team crafted the shake using high quality vegan alternatives such as applesauce for a perfectly moist cake, and a non-dairy whipped cream that can pass the test when piled high on the cake. It starts off with a chocolate shake, housemade vanilla frosting and chocolate chips on the rim, and is topped with a slice of black and white cake, whipped cream and chocolate drizzle. 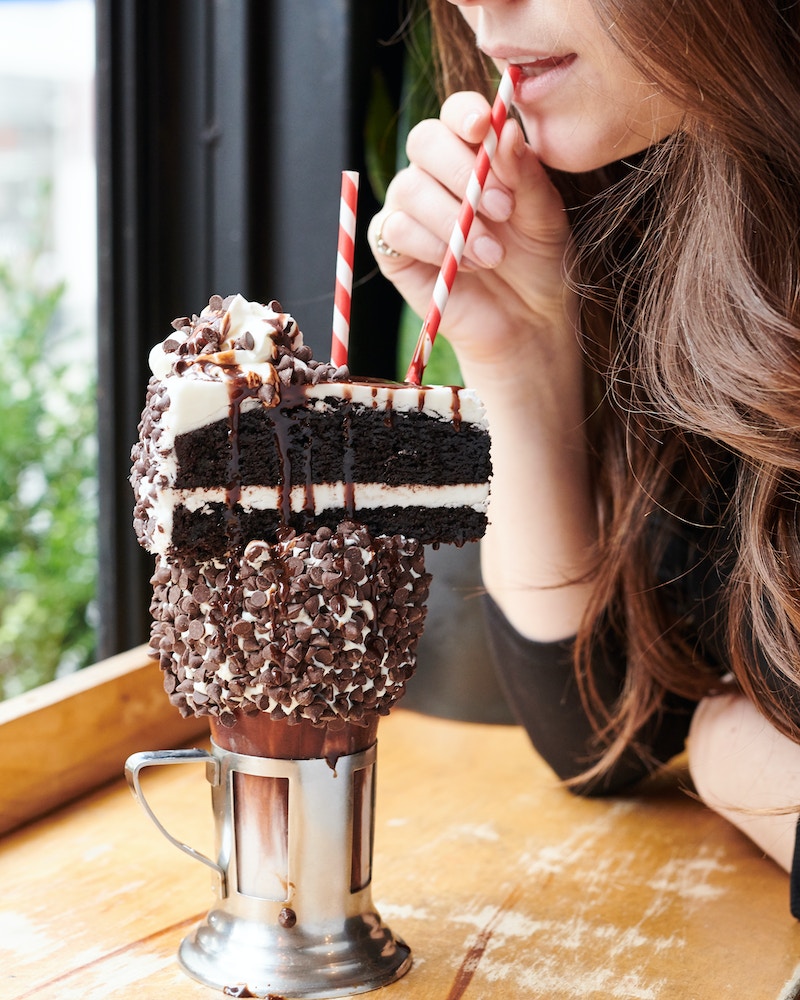 “Research shows that veganism grew 600% from 2014 to 2017, but we don’t have to read the stats to know vegan foods are in demand. Our customers ask for them every day,” says Black Tap Owner, Chris Barish. “However, we knew we needed to take our time to carefully craft this shake and not simply put any shake on the menu. Our creative and culinary teams created something truly special, full of craveable sips that will give our guests the awesome Black Tap experience they’ve come to love, whether they’re vegan or not.” 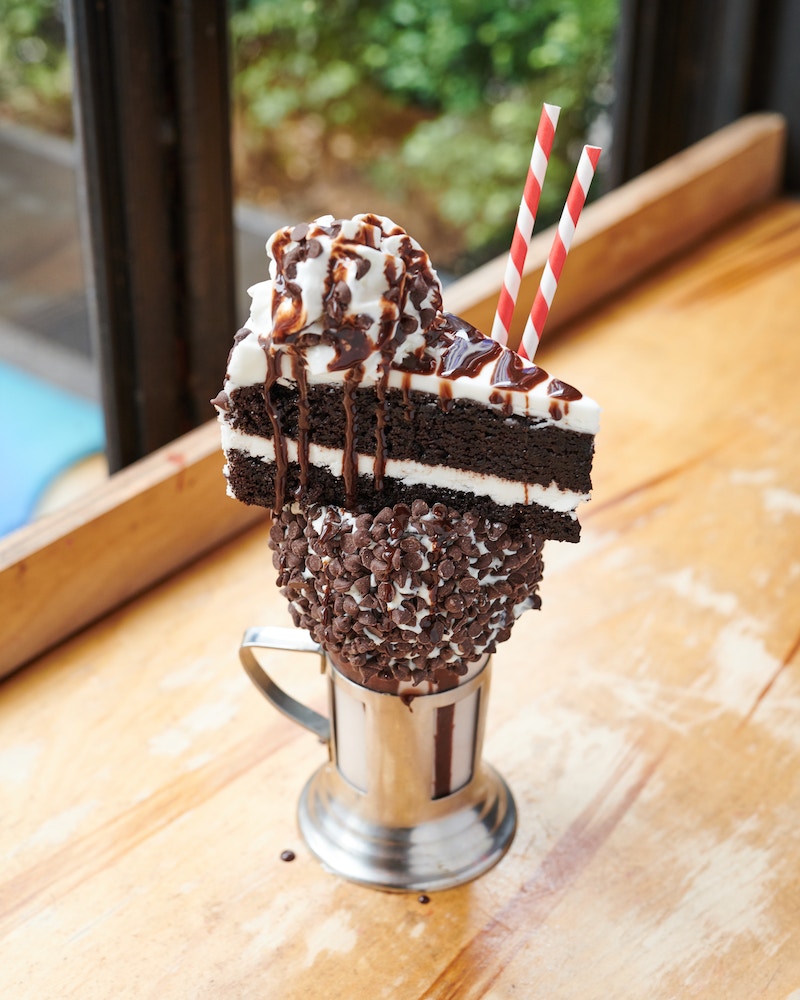 The launch of The Black ’N White CakeShake is the latest addition to a larger vegan menu roll out which includes Black Tap’s take on the legendary Nashville Hot with a fried portobello mushroom twist. Last fall, Black Tap also held multiple focus groups in order to bring a new vegan burger to the menu, and customers unanimously chose the Impossible™ burger patty. In response, Black Tap is now rolling out the Impossible All-American, a plant-based version of their best-selling All-American burger. These new menu items, along with the new Black ’N White CakeShake will soon be available at all locations in North America, Europe, the Middle East, and Asia. Pricing varies by market.

The shake sells for $19, but you get an awful lot for the price. Keep reading WDWNT and Disneyland News Today for updates on what’s happening at the Downtown Disney District!