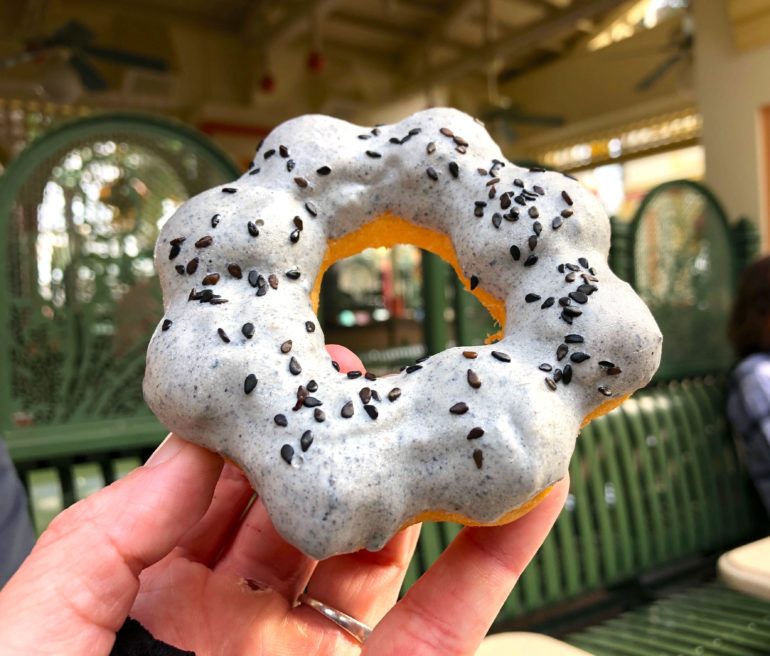 It’s finally time for us to celebrate Lunar New Year 2020 at Disney California Adventure! Since we started getting sneak peeks of the festival, we’ve been itching to go and finally, the day has arrived. And of course, you can’t have a proper celebration without food, of which there is plenty to go and try this year, like the Longevity Noodle Company. Featuring two dishes, a dessert, and two beverages, we’re excited to dig into some noodles! 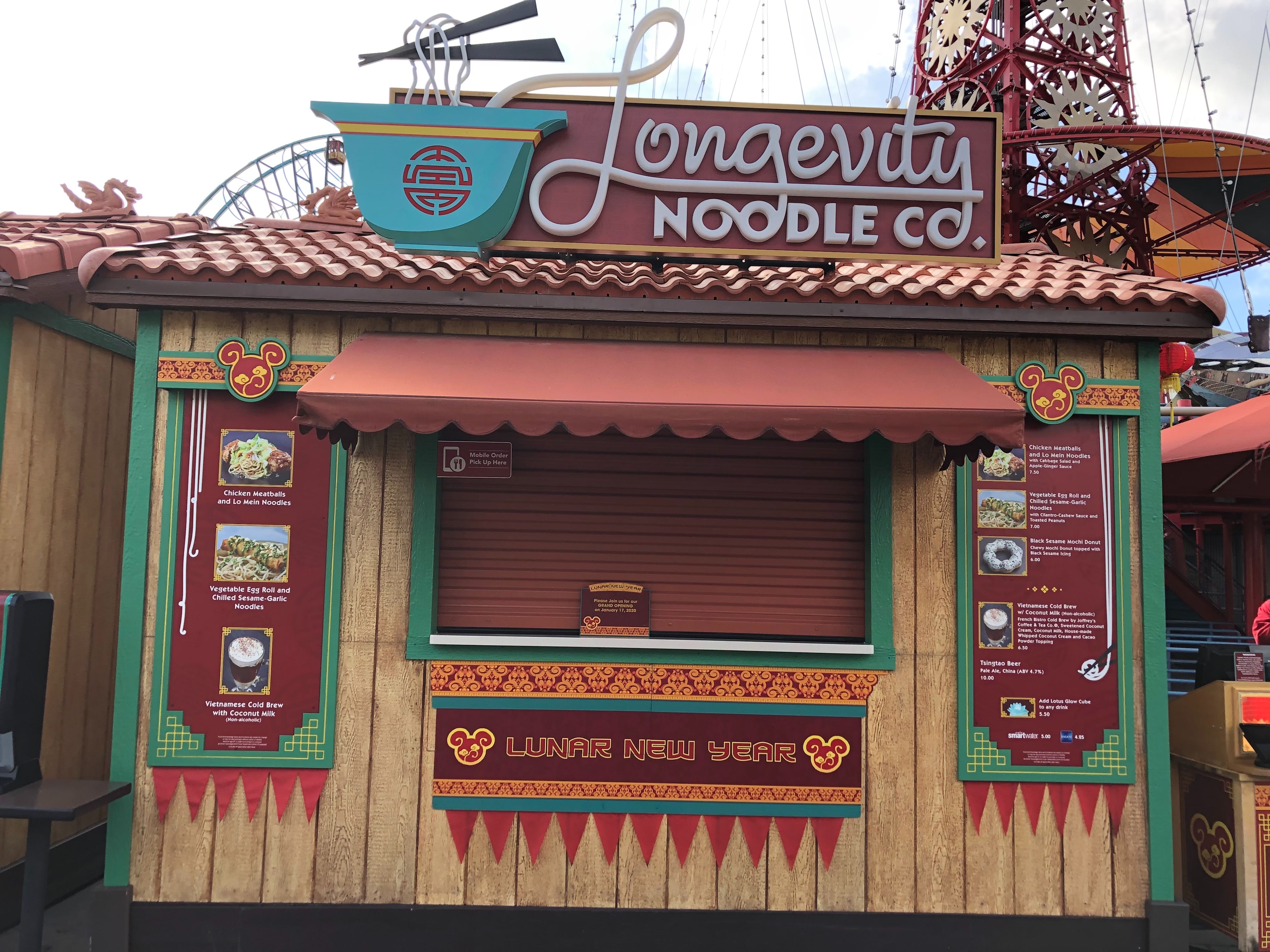 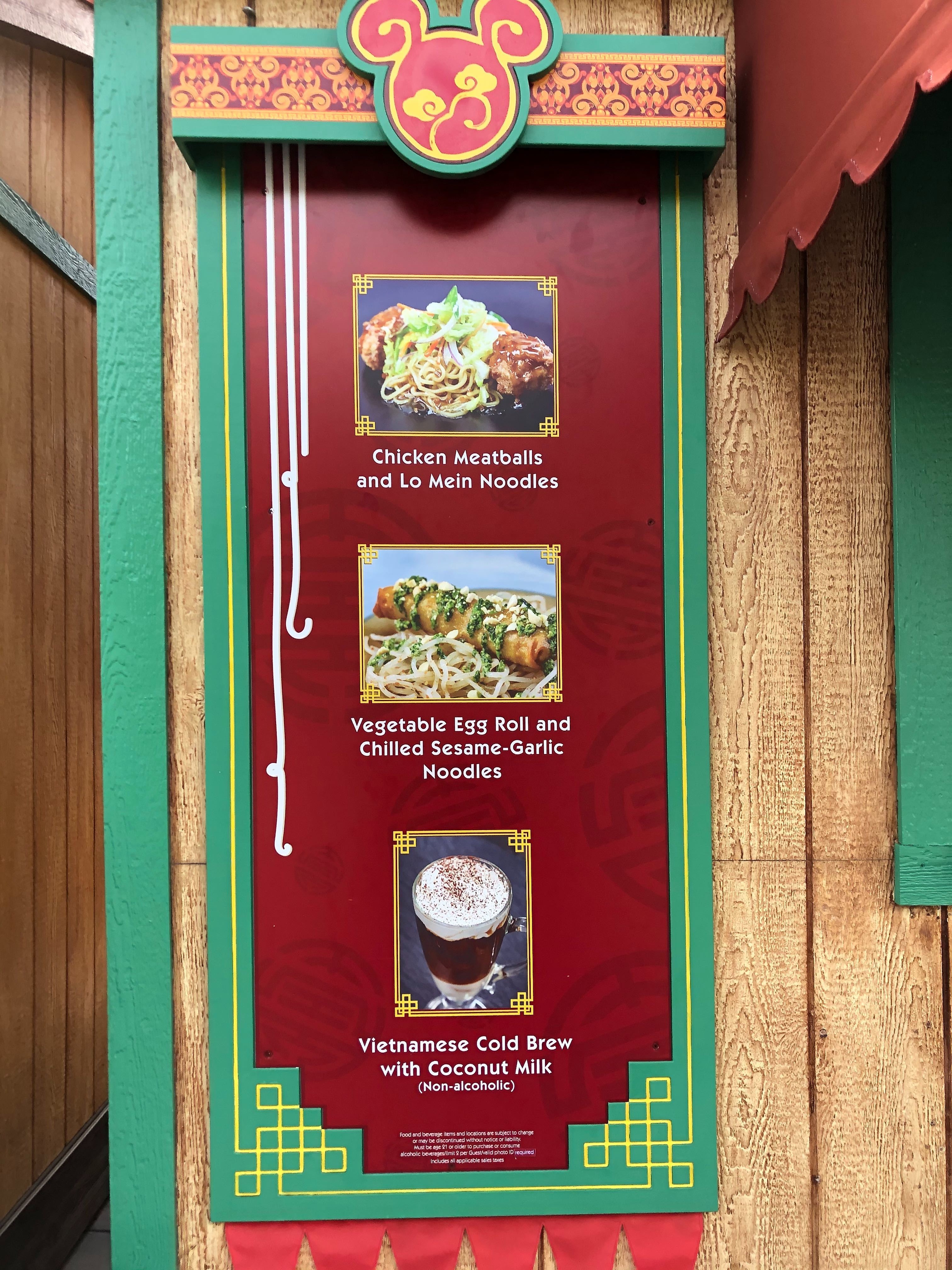 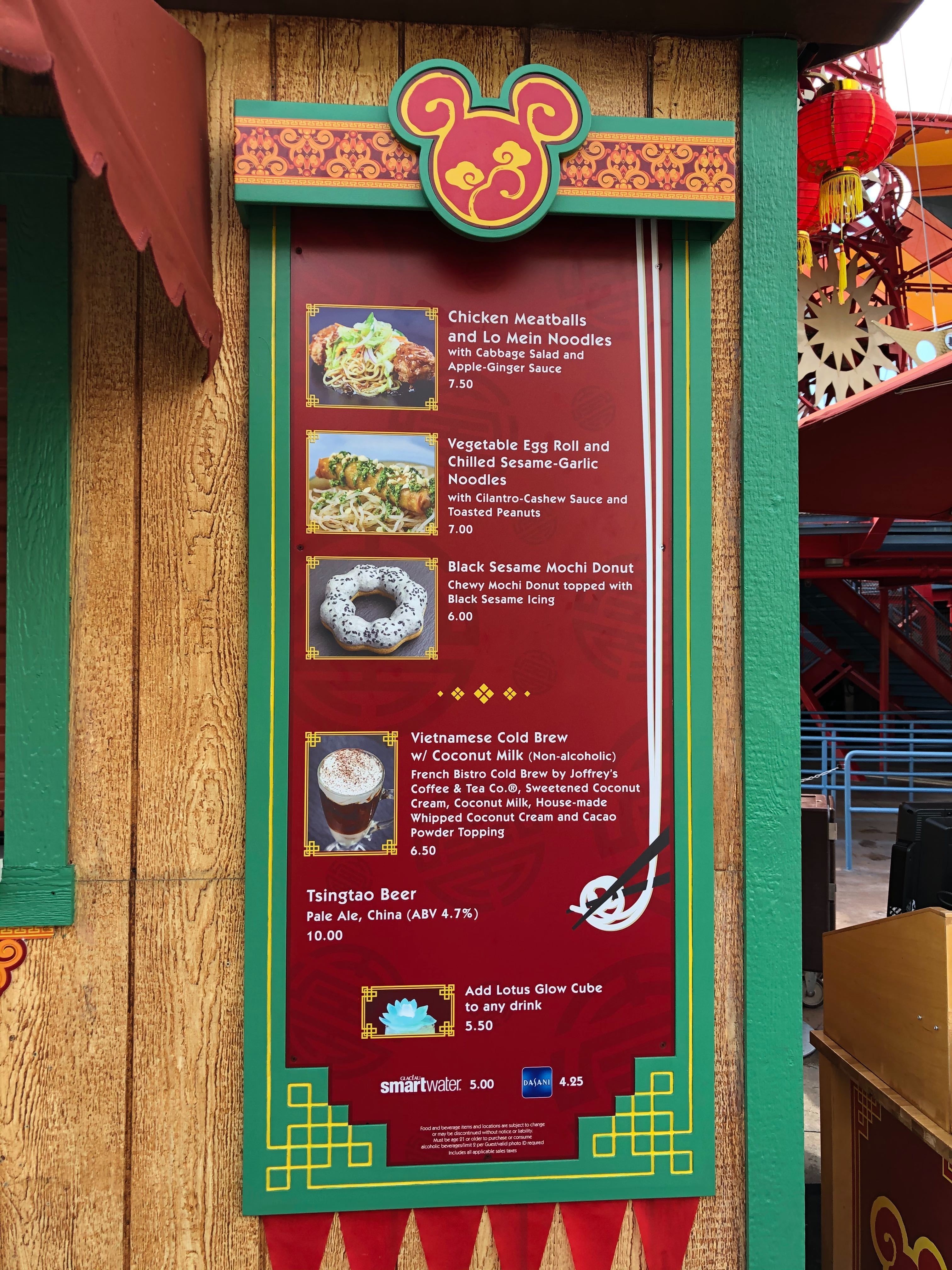 This dish has a small bed of wheat noodles, two huge chicken meatballs and a cabbage salad with apple-ginger sauce. Overall, this was one of the better savory dishes. The noodles were well-cooked and had a slight vinegar taste which was mild and good. The chicken meatballs were moist inside and had good flavor.

I’m not a big chicken fan, but did enjoy this meatball. It easily could have been dried out, but I’m glad it wasn’t. The cabbage slaw, while I normally enjoy cabbage, was the one piece that seemed like an afterthought.

The crunchy texture was needed, but the slaw was a tad too acidic. Overall, this was one of the better savory dishes offered at the Lunar Festival.

For a booth with noodles in the name and the enjoyment of the chicken meatball dish, I was hopeful for this one. Sadly, it fell flat.

The chilled noodles were overcooked and too firm. The eggroll was undercooked inside. It looks crispy, but it wasn’t.

All we could taste was a salty soy flavor. The garlic was missing.

The cilantro sauce was overpowered by salt. The peanuts were a nice addition, but I think the noodles were harder than the peanuts.

I wanted to like this, but couldn’t even tell the vegetable flavors inside as it all just melded into one mega over/undercooked mess.

We found this donut to be incredibly light, and didn’t make us feel heavy like most donuts, which could be because it was lightly fried and not greasy at all. The consistency was more of cake donut.  As far as the favor, it was almost reminiscent of a funnel cake. We were hoping for some more flavor out of the frosting, but it didn’t really add much except for making it pretty. That being said, we would get this donut again just for how light it was.

Calling all cold brew fans, have we found the coffee for you! This cold brew was absolutely delicious. It was a bit on the sweeter side, but not enough where drinking the whole thing made us sick, and we found it to be actually refreshing! The only downside is if you’re a coconut fan, because we had a hard time finding the coconut flavor in this drink.

This drink was an A+ in our book and we have a feeling all cold brew fans will be satisfied with this beverage.

What did you think of the dishes this year at the Longevity Noodle Co. booth? Leave us a comment below!