Ignite the spark! Now that Star Wars: Rise of the Resistance has officially opened at Disneyland, there are some new inspired treats at Star Wars: Galaxy’s Edge. From spicy green milk to garlic cheese chips, let’s take a tour (a Star Tour, if you will), of the new offerings! 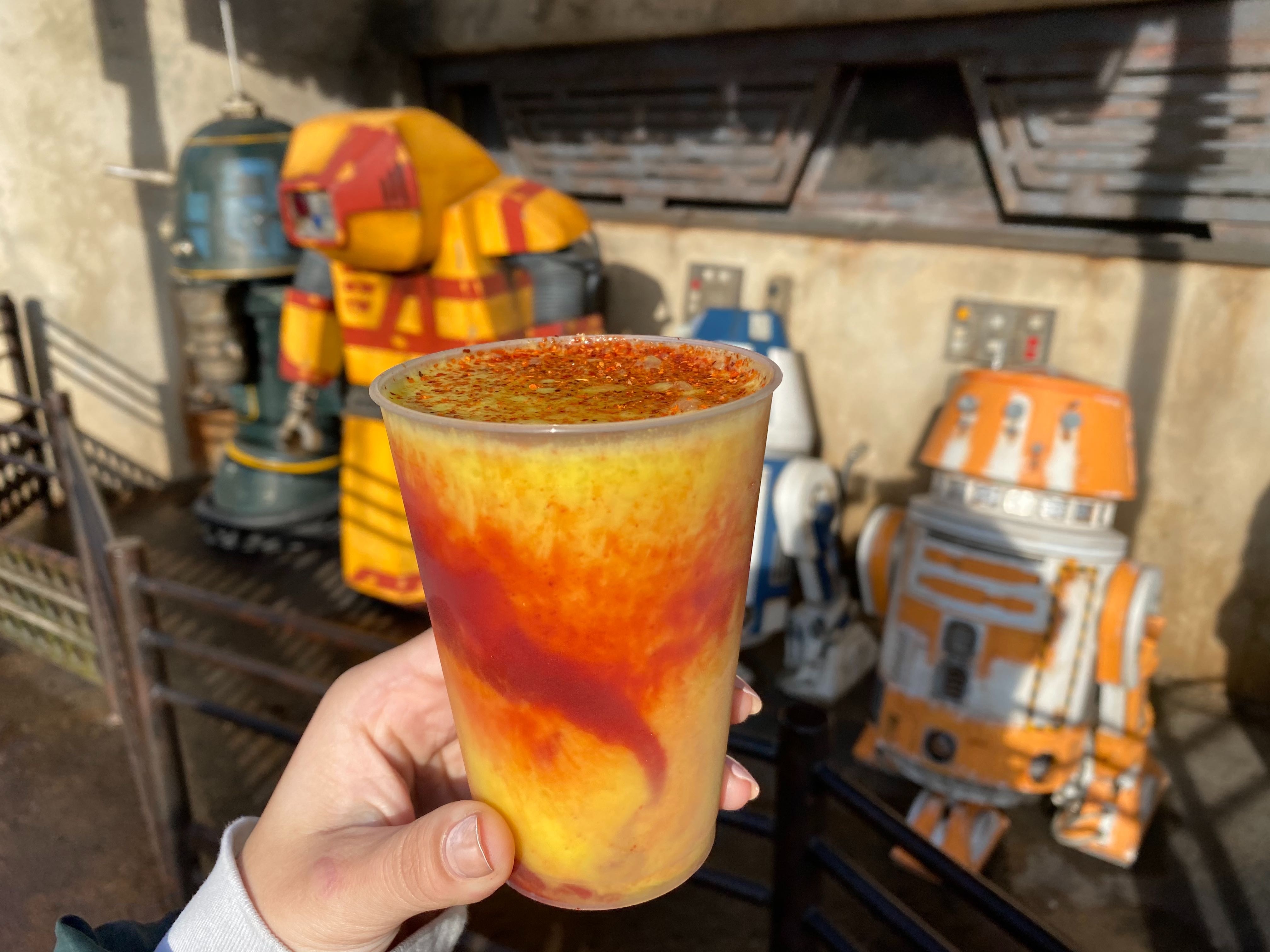 Blue and Green Milk are still as divisive as ever, with more people seemingly despising the latter. I really don’t like the milk normally, but this version of it was interesting. 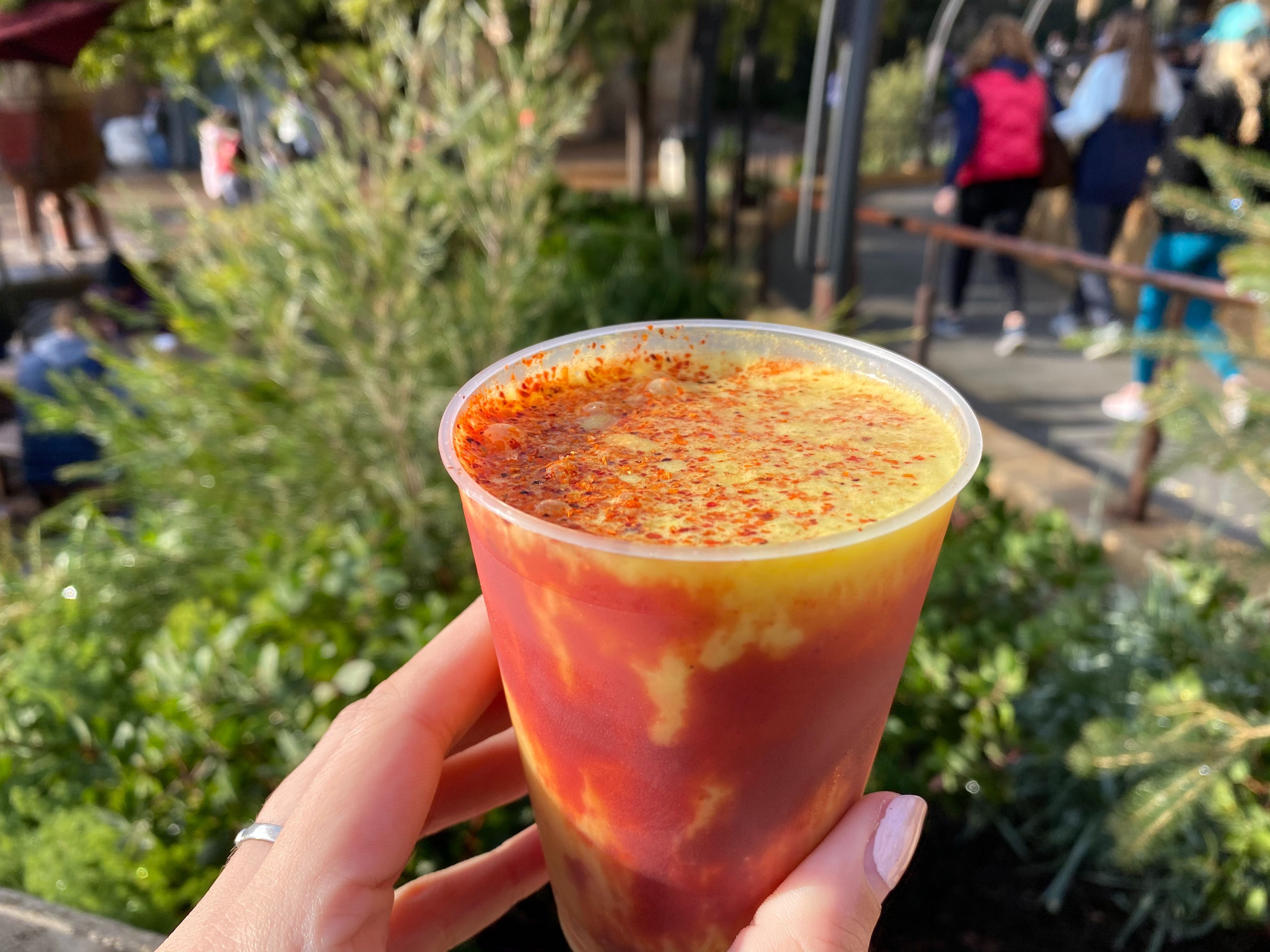 At first sip, it’s incredibly sweet, with a strong mango flavor. After it sits for a second, the chili-lime spice kicks in quite a bit. It is spicy, but not too bad. The flavors surprisingly combined well and it was a fun twist on the drink. 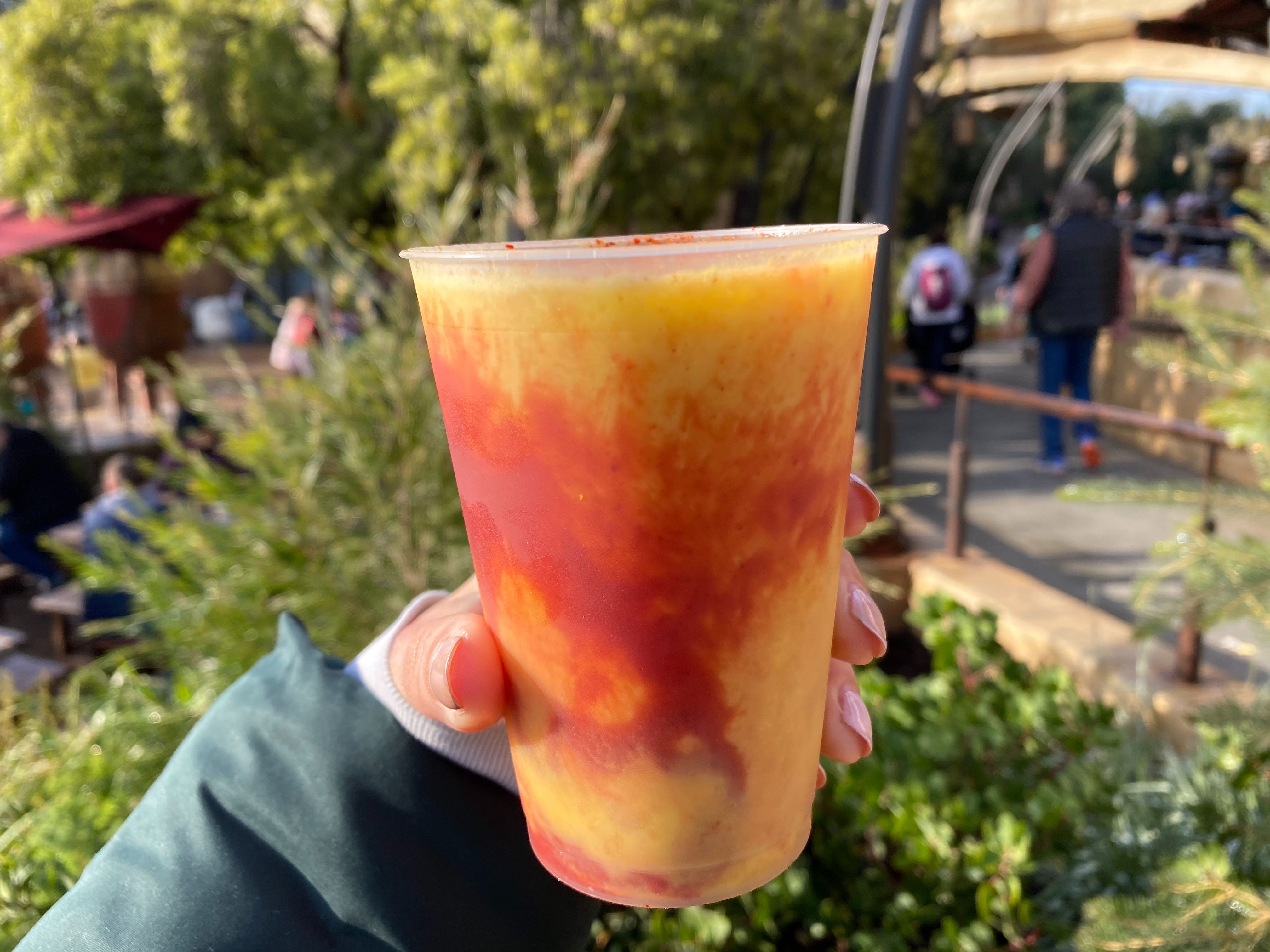 The spice on the top was the hottest part, but it did somewhat sink to the bottom of the cup while we were drinking it. 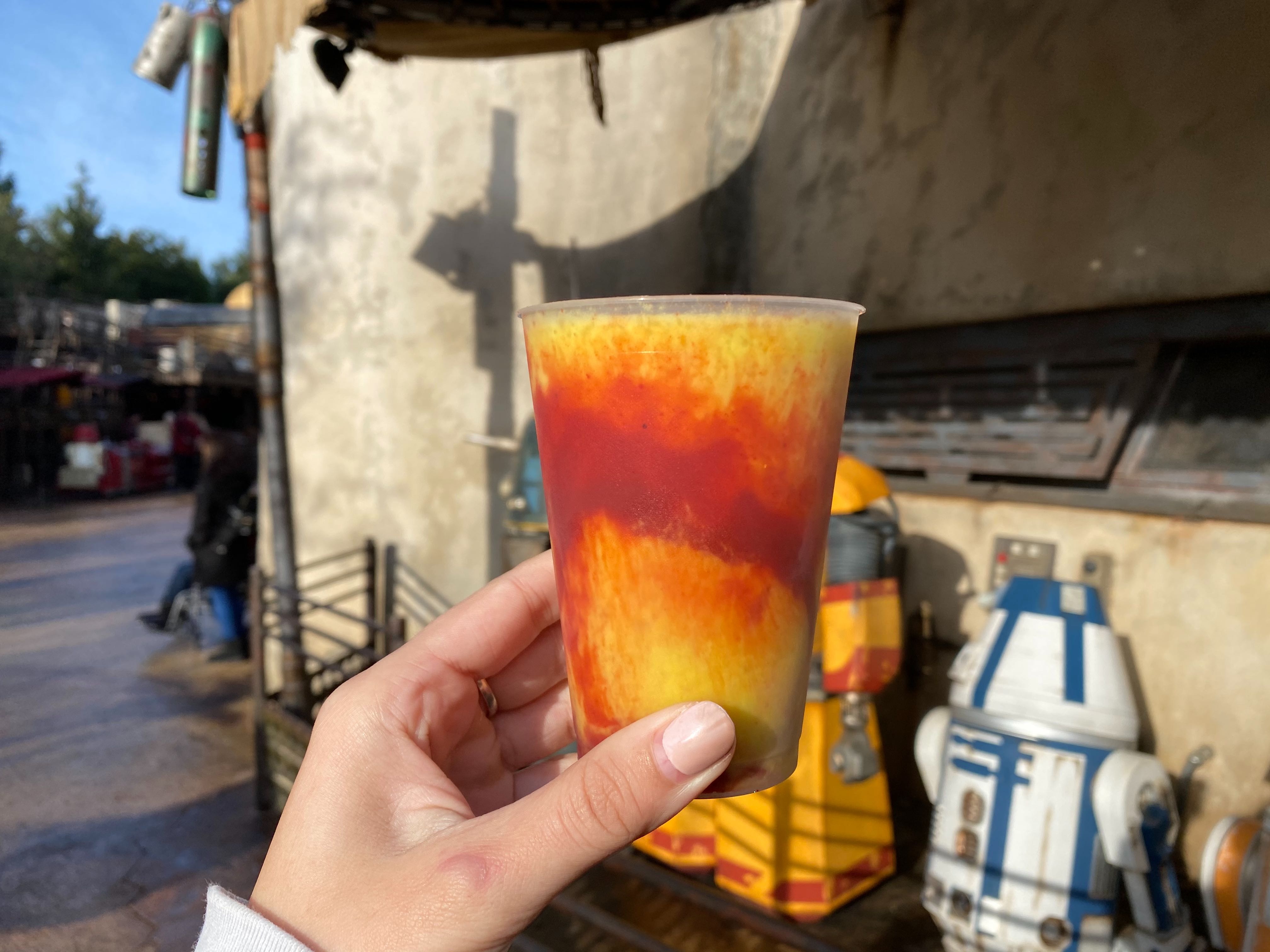 There were also mango squares in the drink that were interesting. It added a bit of freshness to the beverage. All in all, it’s a different take on the “milk” of Black Spire Outpost. I was skeptical to try these just because I really did not like the pork rinds and they looked similar. They ended up being okay! This snack had a similar texture to a cheese puff. The flavor was very distinct. If you don’t like garlic, stay away, as this has a very strong garlic taste. 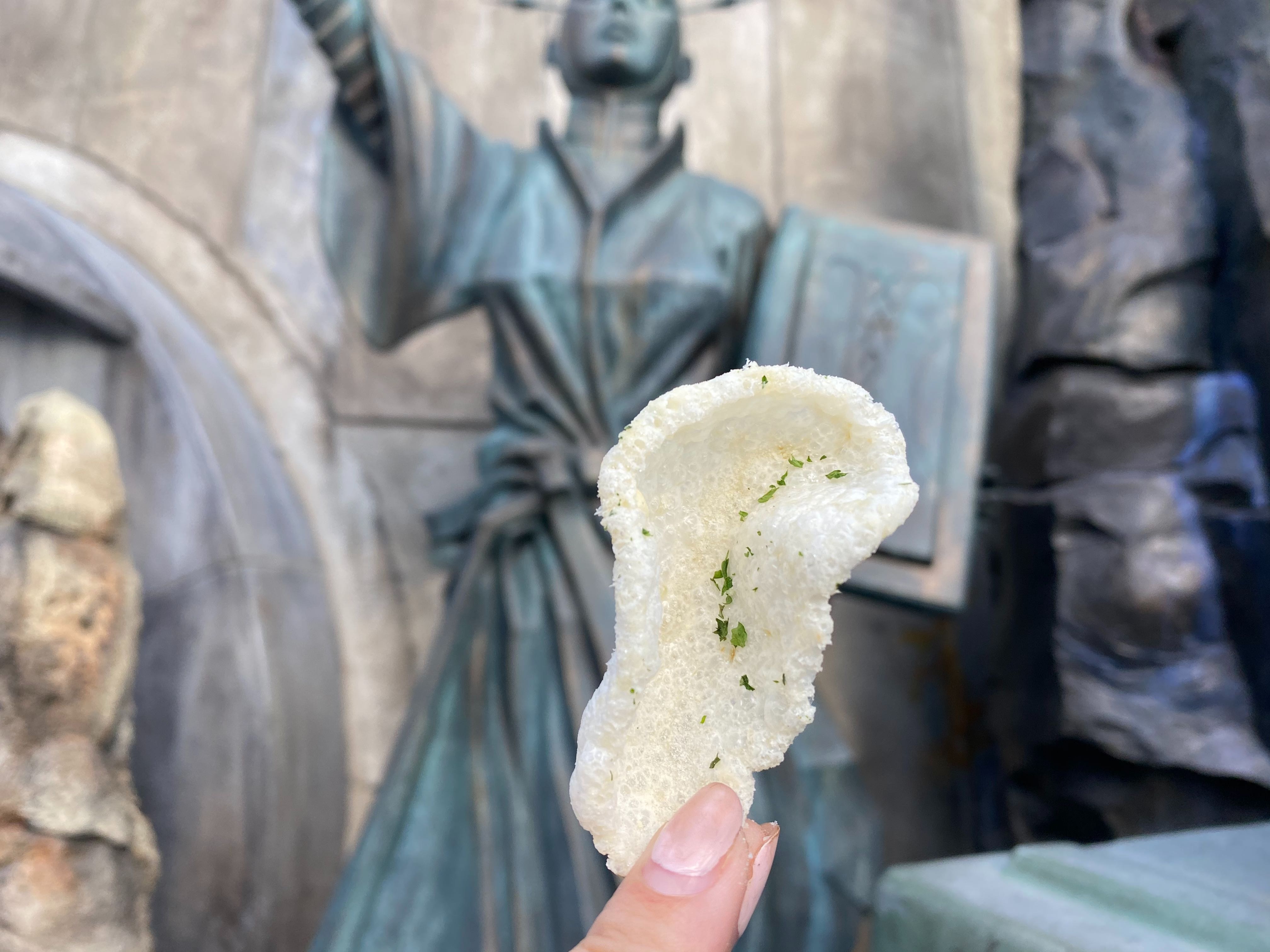 They tasted like mini garlic bread bites. If you’re looking for something that’s easy to eat, this is also a good option. 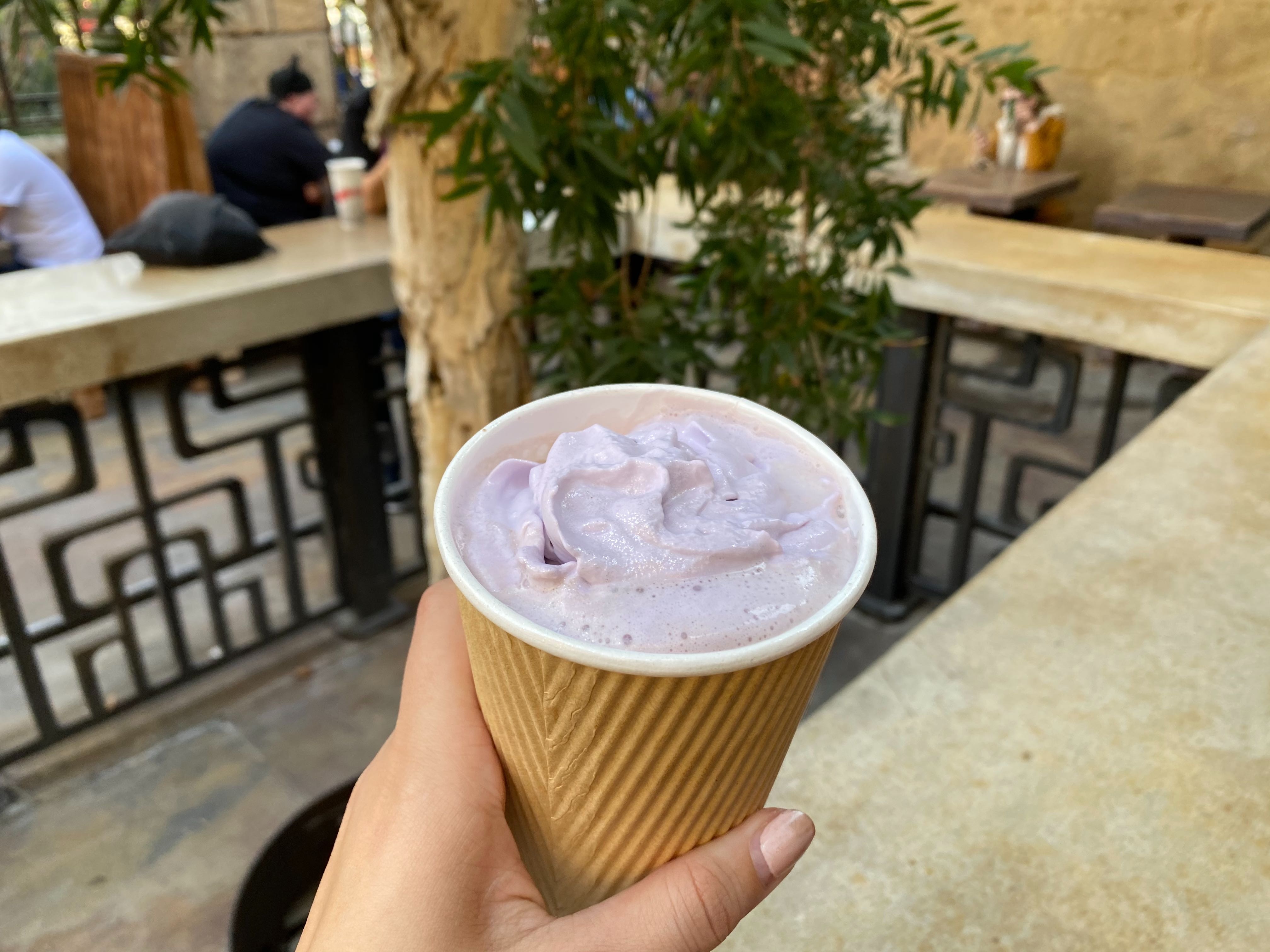 While visually this drink may be confusing, don’t let it sway your decision. The purple whipped cream with a silver glimmer sits on top of a creamy hot chocolate. 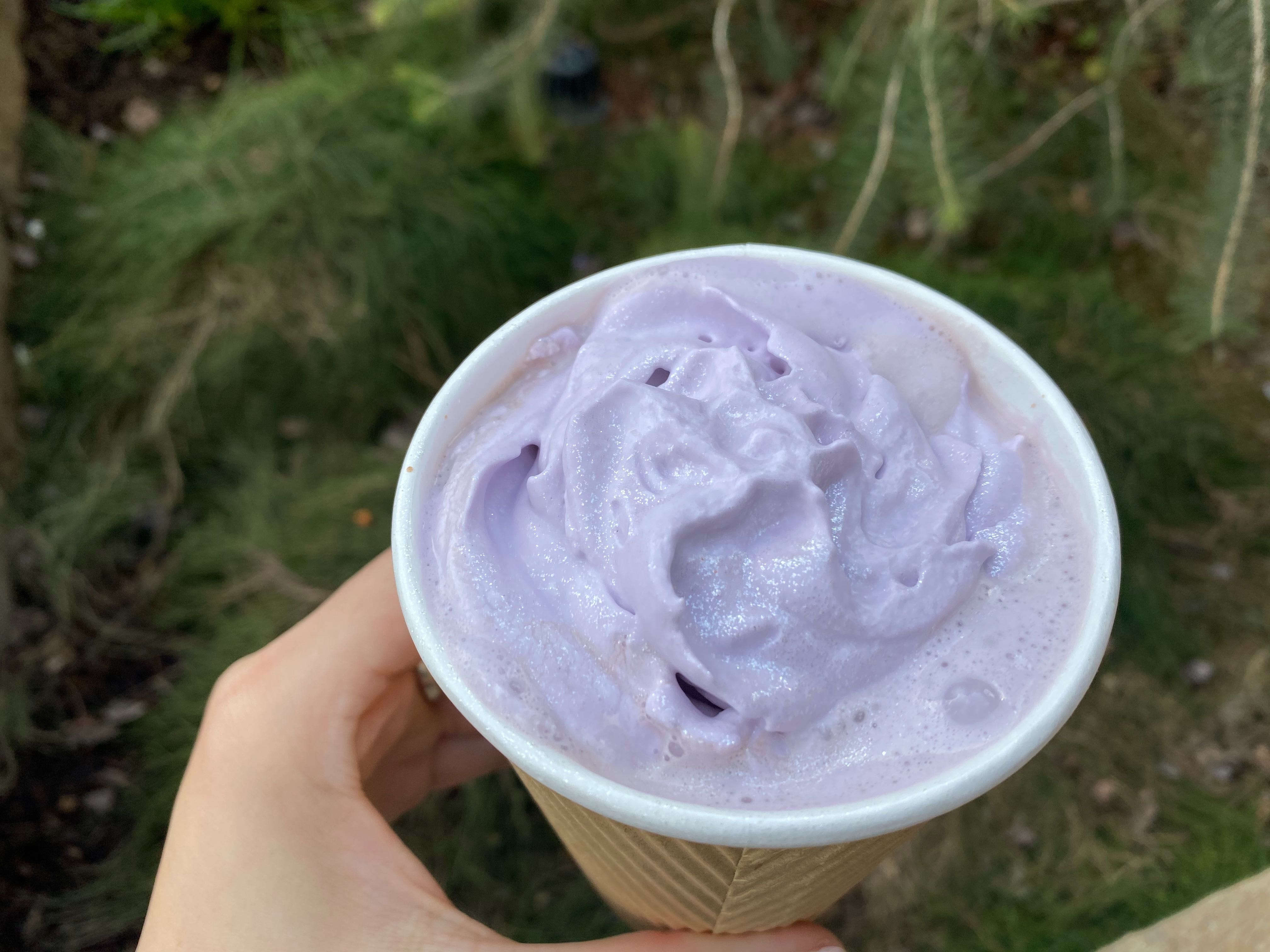 The drink had a good consistency: not too watery, but not too thick, either. The chocolate wasn’t overpowering and had us sipping for more. 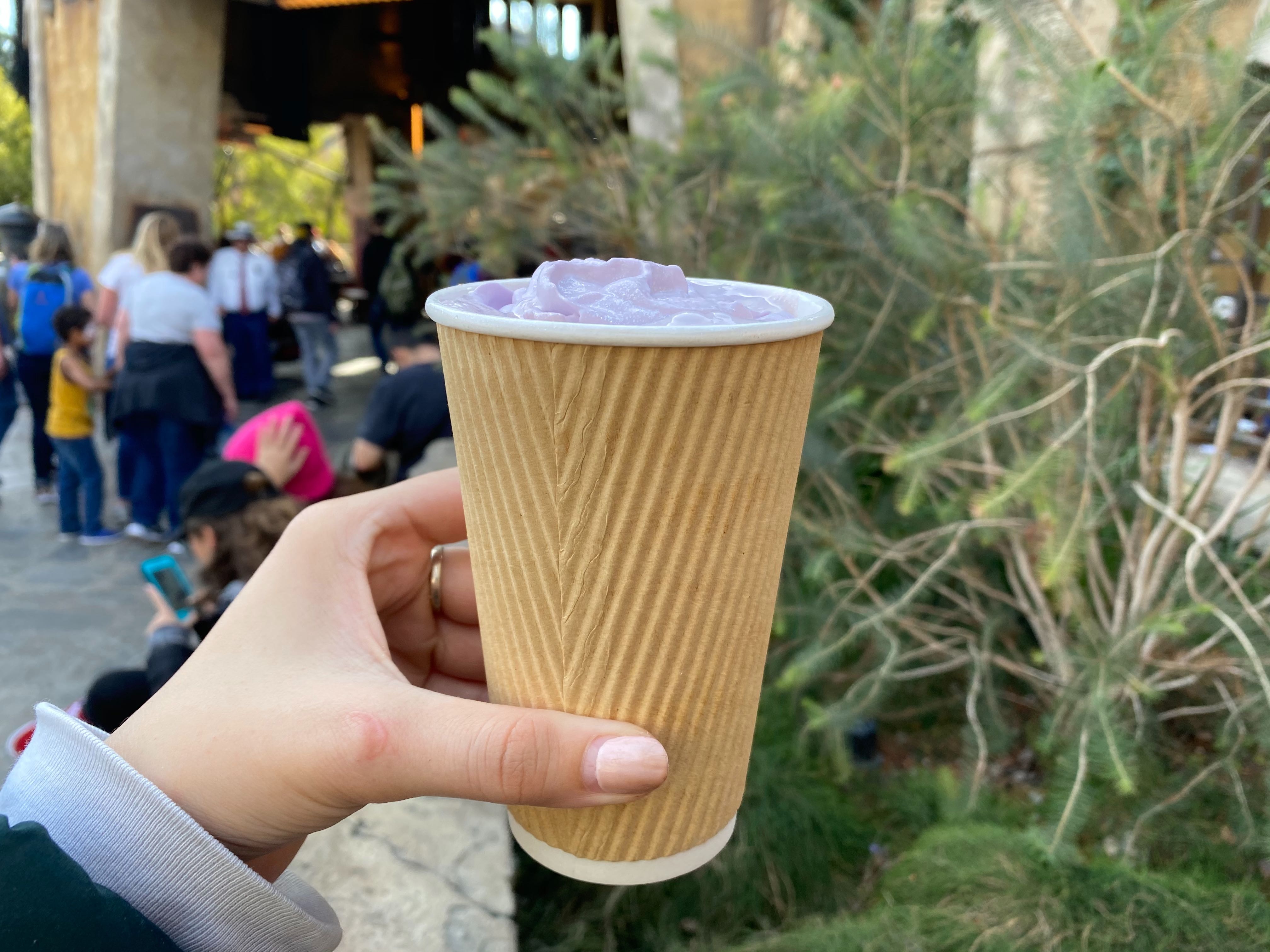 Which item inspires you to join the Resistance? Let us know in the comments below!

PHOTOS: New Snacks, Beverages, and Merchandise Debuting Tomorrow for the Grand Opening of Star Wars: Rise of the Resistance at Disneyland