As Disneyland Resort wraps up all things holiday, we were happily surprised to see a new offering at the Cozy Cone Motel. Cozy Cone #3 is now offering the Finish Line Cone (featuring a Mexican style stew) for $9.49. 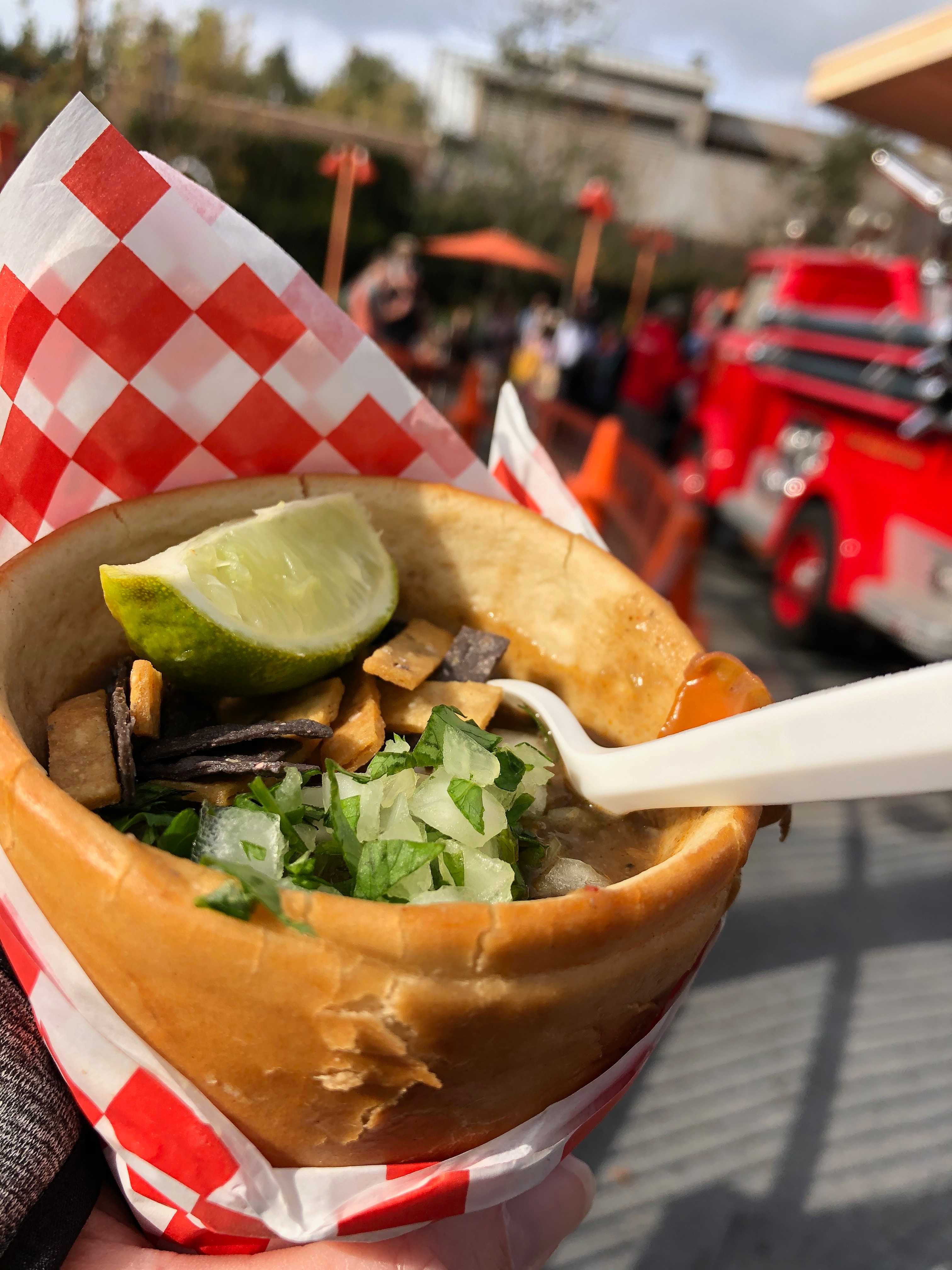 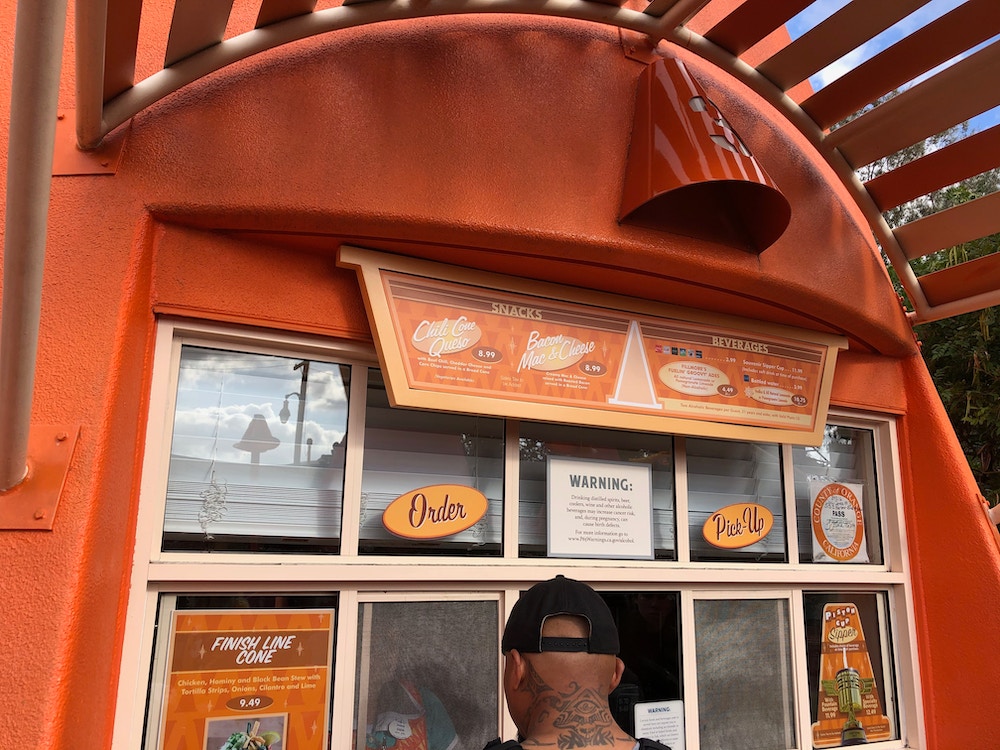 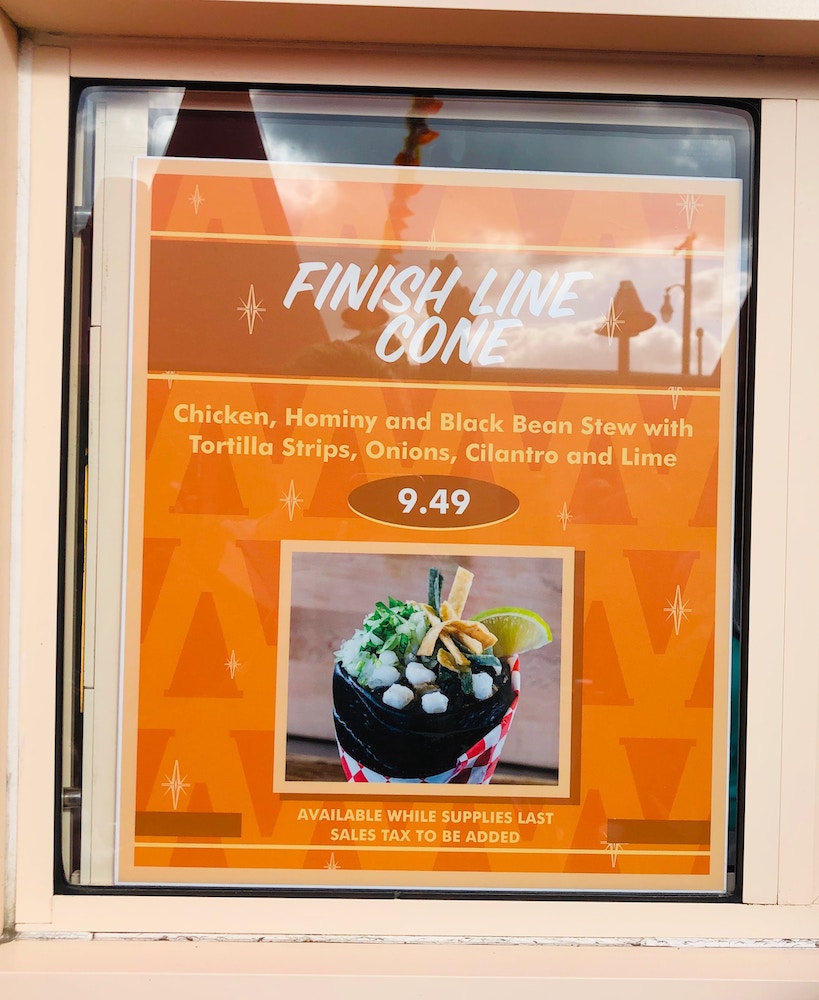 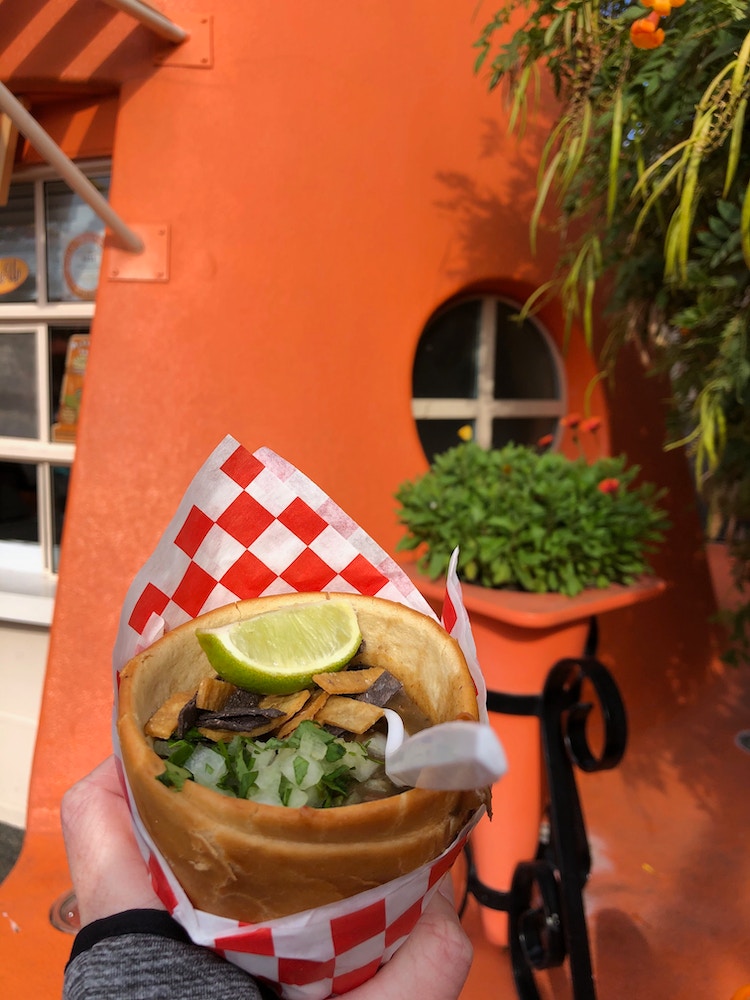 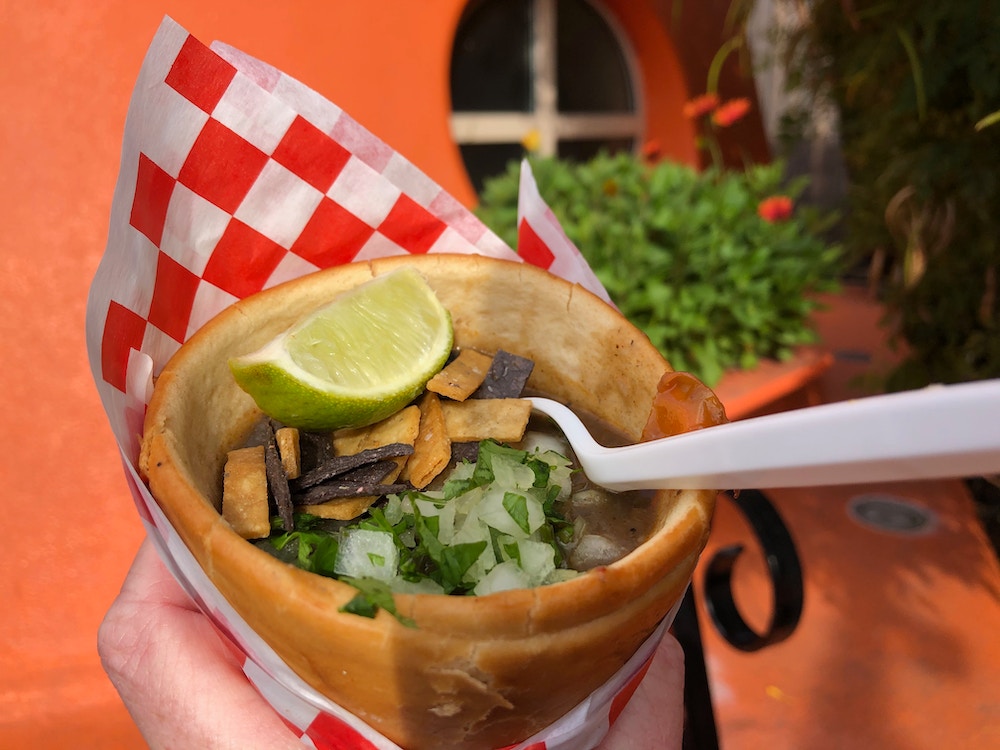 For the price, the portion is a bit stingy, however what this lacks in size, it makes up in flavor. As with all the Cones, including favorites like the Slow Burnin’ Mac Cheese, this is served in a thick bread cone (the picture shows a black cone, but ours was not…) The bread cone was our least favorite part of the stew as it has no flavor, but it does allow you take this snack on the go. 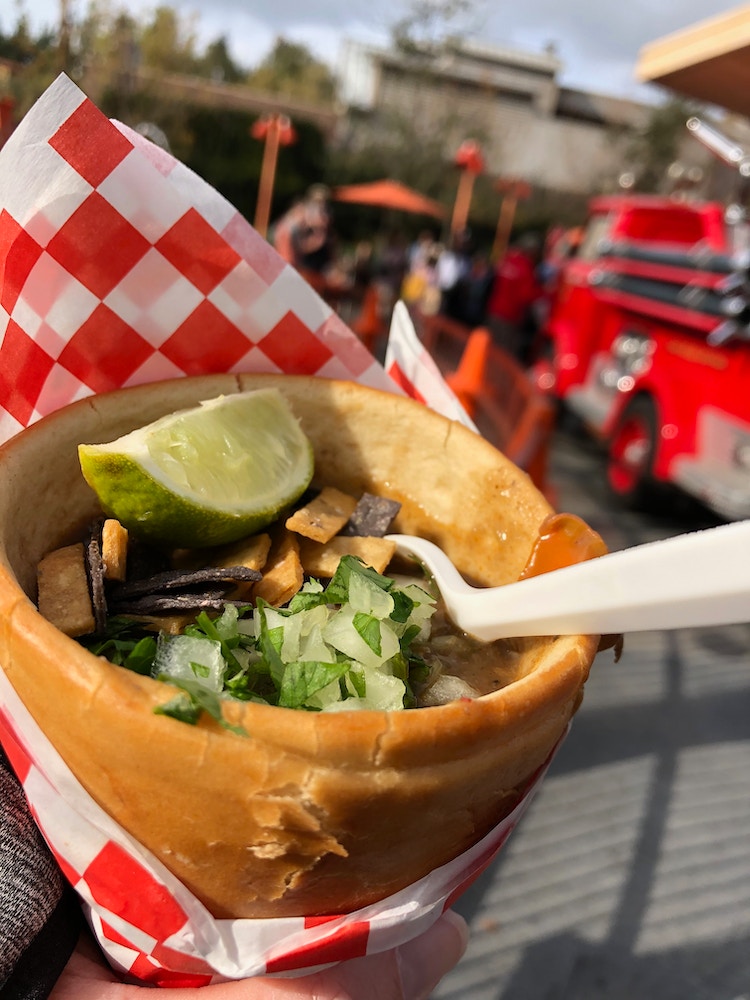 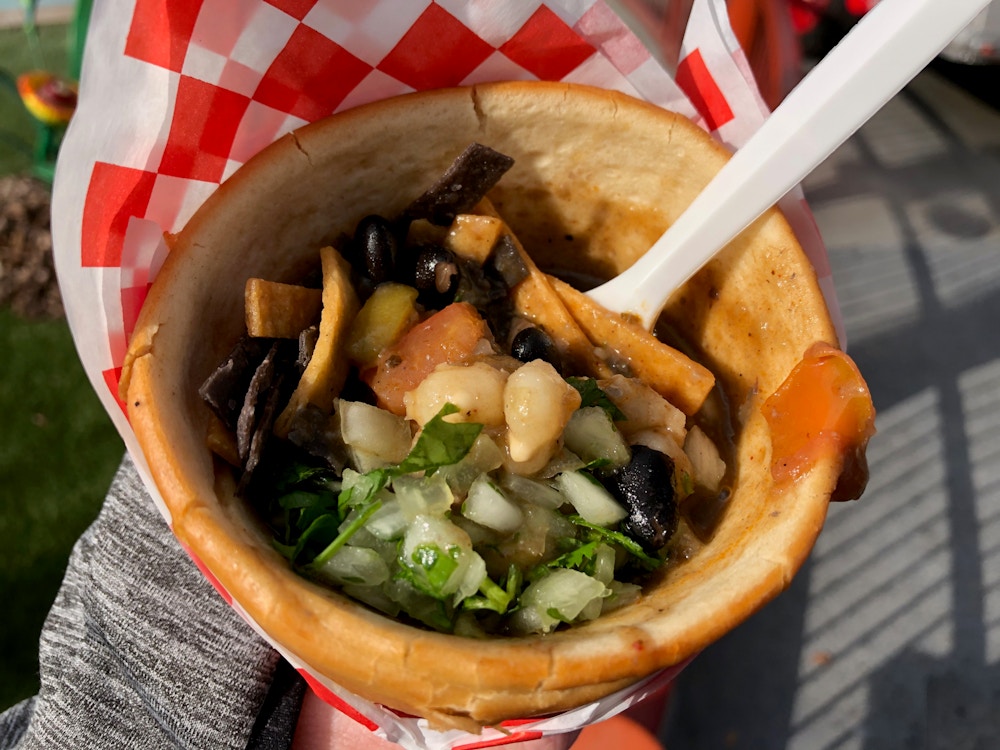 The stew itself was thick and hearty. There are plenty of chunks of chicken, black beans, and hominy to make this filling for a snack or small meal. There are also some tomato chunks mixed in as well. While this isn’t spicy by any means, it does have a very subtle kick that adds to rich flavor. The cilantro and onions cool this off, and we squeezed in the lime to mix in some acidity. 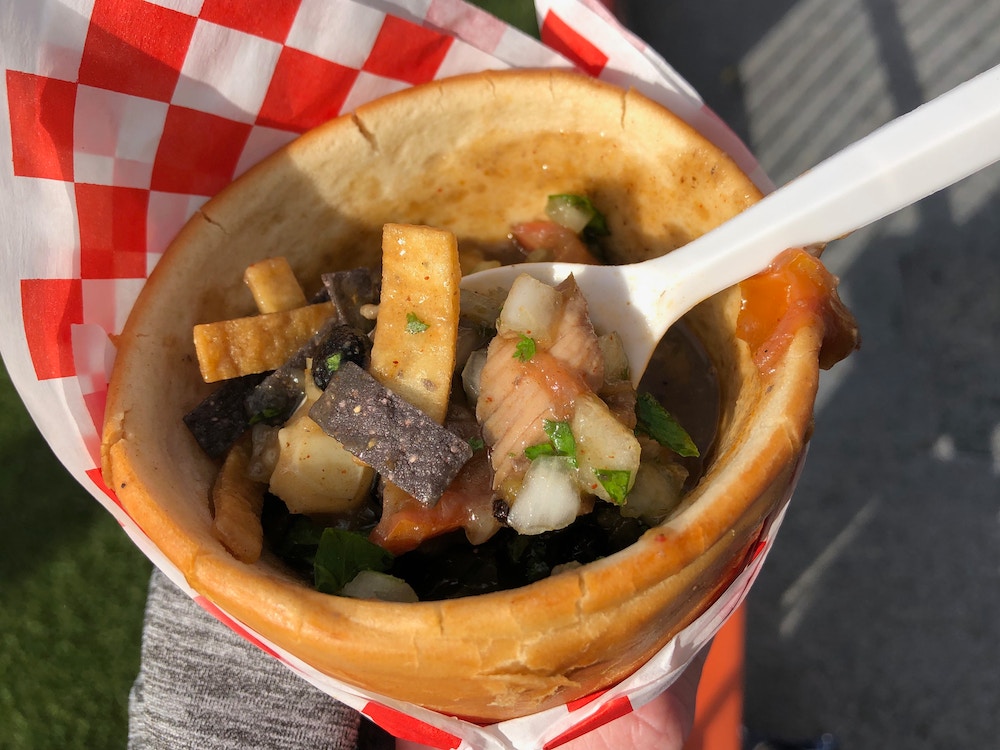 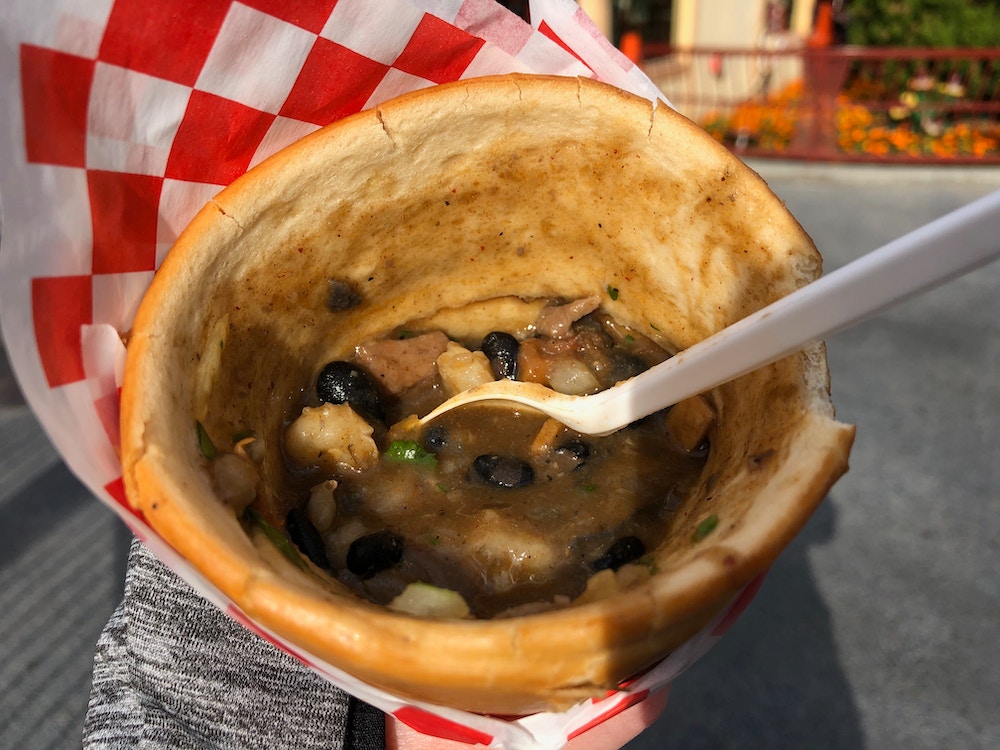 The tortilla strips added a good contrast in texture as this needed some crunch. When the strips ran out, the texture became a bit one-note, but we didn’t mind as the flavor was good. Think of kicked-up chicken noodle soup with black beans and a hint of Mexican spices. We would absolutely grab this again. 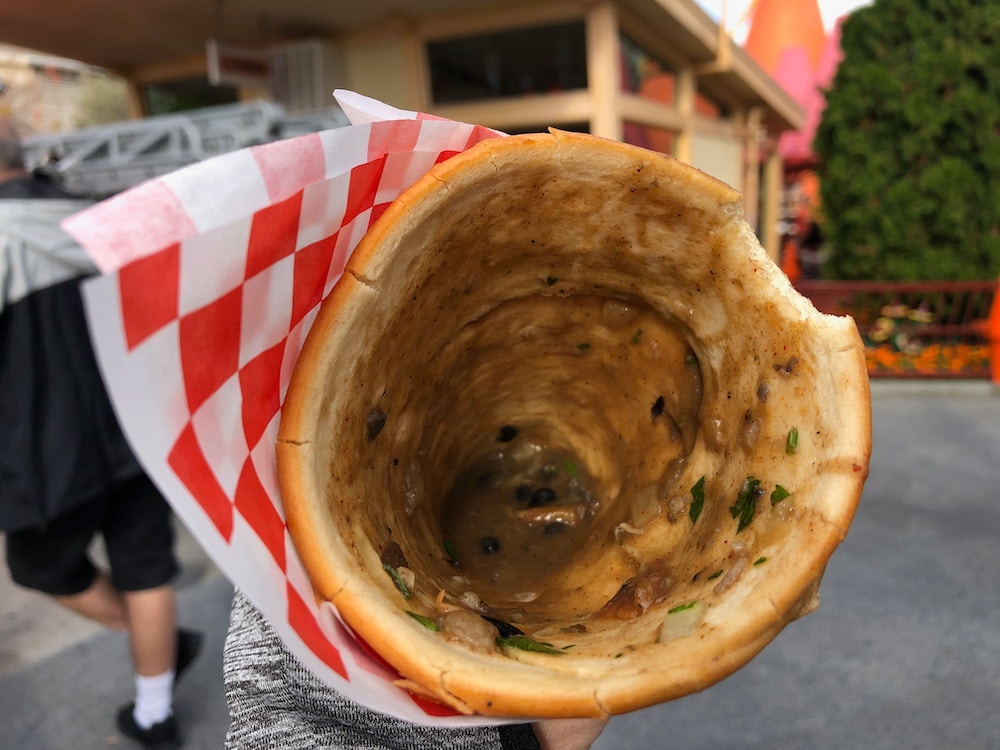 Be sure to keep following along for all the latest new food, drinks, and merchandise across Disneyland Resort.