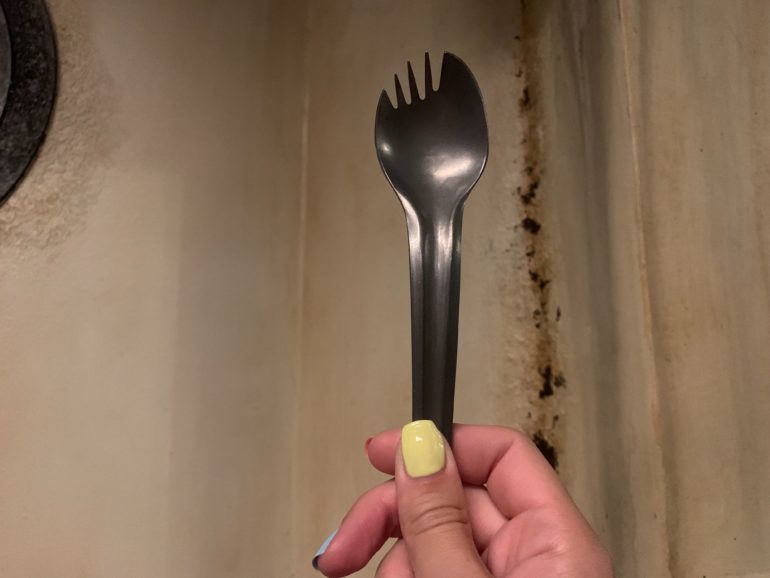 Originally discontinued from Docking Bay 7 Food and Cargo locations in Star Wars: Galaxy’s Edge at both Disneyland and Disney’s Hollywood Studios, the infamous space sporks are back, and now they’re on sale to the public.

Guests no longer have to pull a Hondo Ohnaka and pirate these precious pieces of cutlery, as they’re now available for purchase at Docking Bay 7.

The sporks are currently listed under a new “Cargo” section of Docking Bay 7’s menu. They retail for $10.99 and come with a travel bag.

Disneyland has just opened to guests for the day, so no images have surfaced yet of what these actual for-sale sporks look like, but we’ll be sure to update you as soon as they’re finally put out.

For travelers on Batuu East, sporks have yet to be listed on Docking Bay 7 in Disney’s Hollywood Studios, but we expect them to arrive soon!