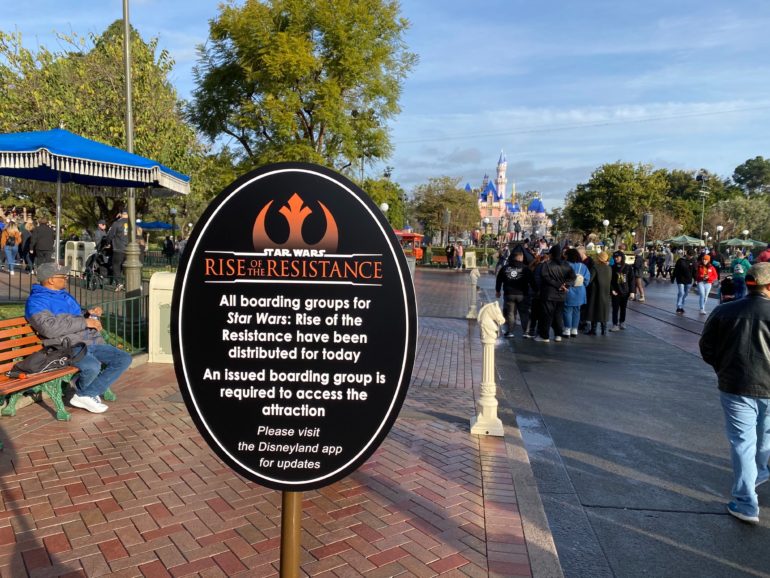 Star Wars: Rise of the Resistance Boarding Groups Ran Out After 45 Seconds on Grand Opening Day at Disneyland

Today marks the epic grand opening of Star Wars: Rise of the Resistance at Disneyland, and as with any attraction opening, fans showed up as early as midnight to be among the first to experience it… however, in the day and age of the Boarding Group, opening day procedures have come as a shock to many guests who are new to the access system. 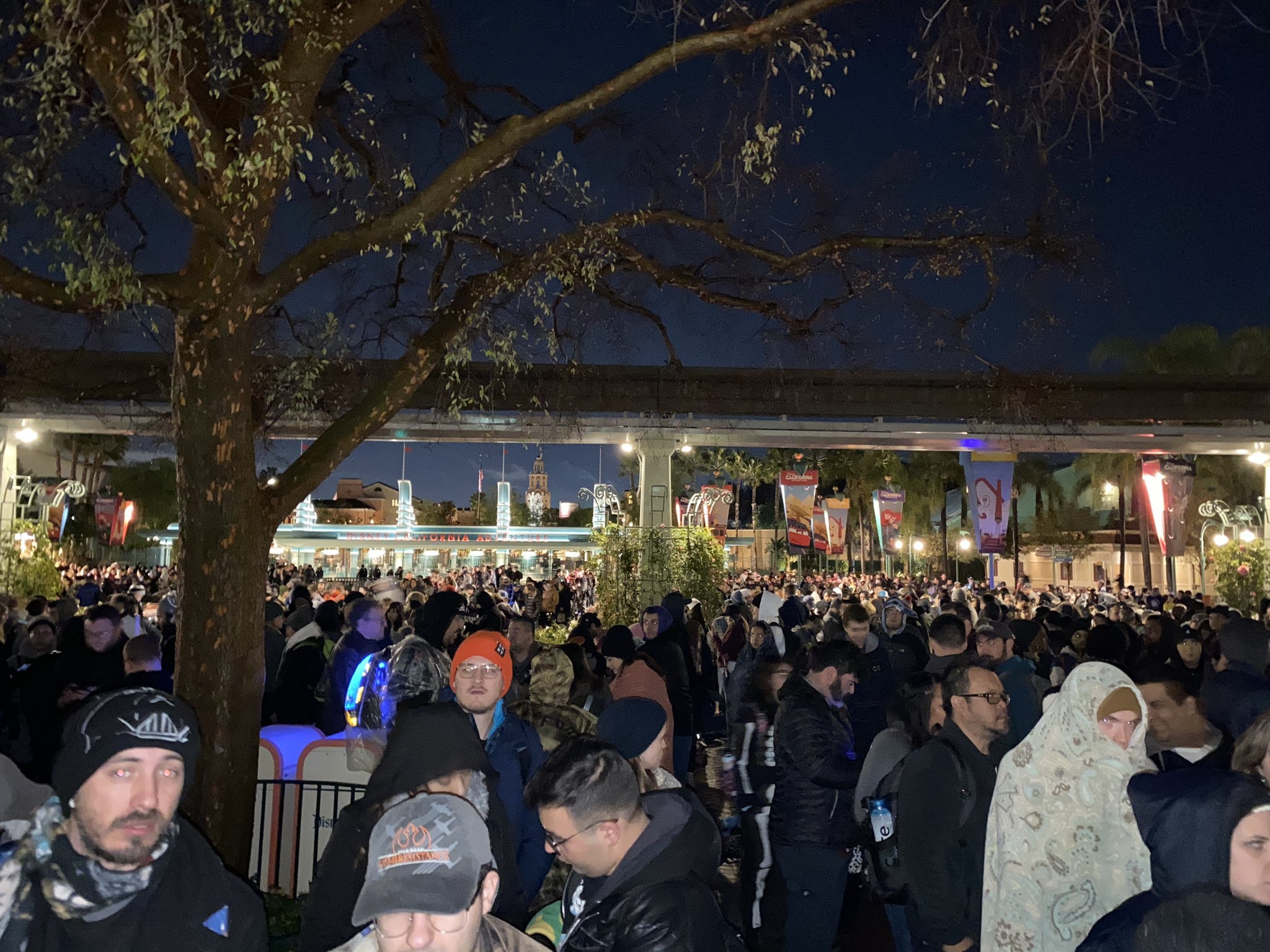 Guests have been lined up outside of Disneyland gates since midnight last night, enduring rain and inclement weather while waiting outside. At 5:46 AM, the first guests were scanned in, however they were made to wait in holding areas throughout the park until 8:00 AM for Boarding Group distribution. All boarding groups have now been distributed at Disneyland, with many guests who arrived earlier on in the wee hours of the morning frustrated at the randomized Boarding Group system.